Exciting things are afoot in Emily-land! I started a new job this week, and I'm super amped about it! It's my first "normal job," aka non-academic/non-freelance gig, so I was also a little nervous for the first day. So far, though, I'm really enjoying it. I do best when I'm pushing myself, and I push myself hardest when I believe in what I'm doing. I'm 100% a believer in the institutional mission and what I'm contributing to as one piece of the institution, so the job feels like a really good fit! So far, I've been quite busy trying to learn the ropes and set myself up with all the little things you need at a new job, which is actually kind of great. For me, there's nothing worse than the sort of job where you're just watching the clock because you have nothing to do.

That said, my schedule is a bit fuller and less flexible now, which, sadly, means a few changes to my blogging schedule. Since I started this blog, I've tried to post something every weekday, but I'm thinking that I'll roll it back slightly to three/four posts a week, see how that works, and adjust as needed. I'll likely do Wishlist Wednesday posts on a less-frequent basis, since I'll be spending less time trawling the Internet, but hopefully this will have a positive effect on my spending!

Since this ain't no disco, and it ain't no text-only Livejournal circa 2003 either, here are a few photos of things I adore! 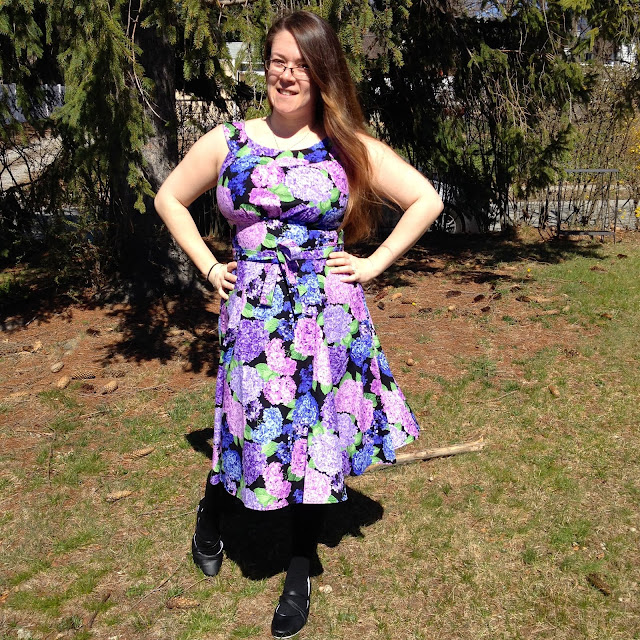 Strange facial expressions ℅ the sunshine bearing down directly into my eyeballs. 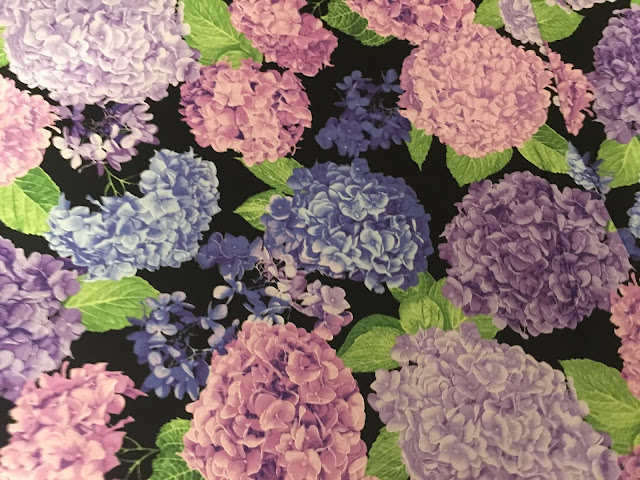 This dress was born ready for its closeup. Photo credit: Ronnie!!
The above photo shows the detail in the print, but IRL, the colors are closer to how they appear in the other two pics. 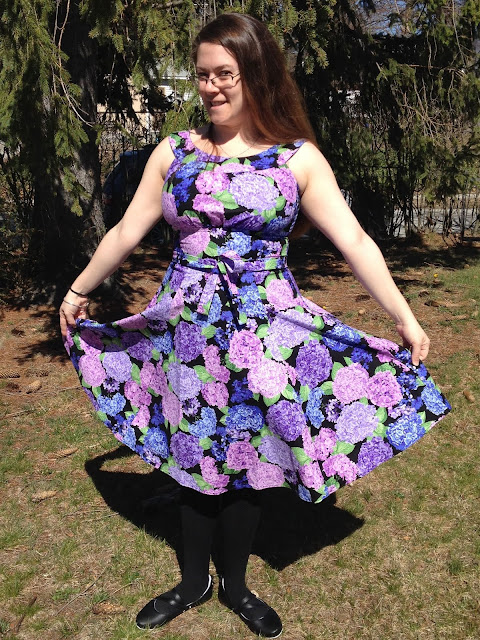 Dress: Heart of Haute Amanda dress in hydrangea print, from Modcloth
Shoes: Lacoste outlet, from at least a decade ago

Hydrangeas remind me of the tiny island that my dad grew up on, which is one of my favorite places in the world. There are so many hydrangeas all over the island, and I remember seeing them in my grandparents' backyard when I was a kid, so they've been one of my favorite flowers for a long time. Thus, when I saw this dress, I knew I wanted it immediately, even though I don't often wear things with this much blue on them. I held back for a while because of the price, but finally scored it on super-sale from Modcloth last December!

When it arrived, I was *so* glad I'd ordered it. Like my daisy-print Heart of Haute dress, the print is gorgeous and detailed in person, in a way that's not entirely captured by the photos above. The fit is also quite good. I'm wearing a Large, and there's a bit of give in the fabric, which meant that I was able to wear it comfortably when I was about 10 pounds heavier (which is a lot when you're 5'2"!) I'm not usually a fan of fabric belts, but for some reason, the one that came with this dress really tickles my fancy and works perfectly with the dress. Finally, I really like the unique shape of the neckline and bodice! I often don't like dresses that cut in at the shoulders, but this one keeps everything that should be covered under wraps, and also looks super cute and pretty unique. I also love the higher neckline, which is work- and family-function-friendly without being matronly. I'd like to get more of this dress style in different prints!

Another thing I adore: Grand Central Station! Grand Central has always been useful to me, since I grew up right near a Metro North station, but when I was visiting New York last month, I was struck by how beautiful the architecture is. 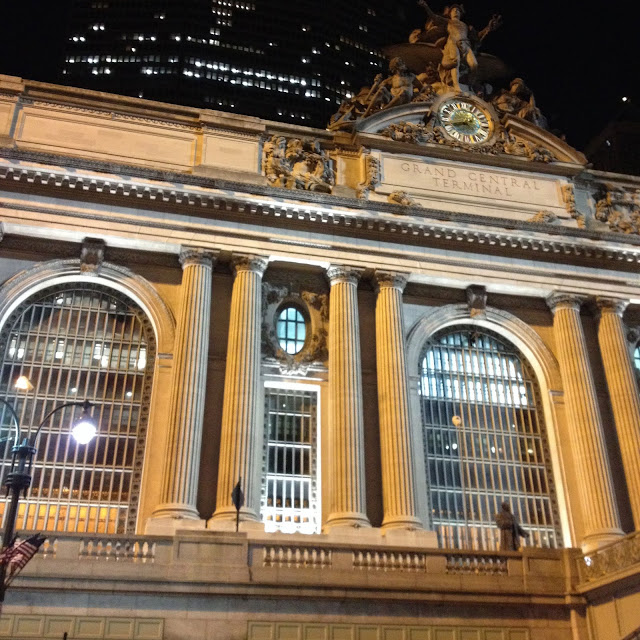 What do you typically wear to work? If you're a retro-loving gal, do you tone it down for your job? Inquiring minds want to know… <3!

Facebook
Google Plus
Bloglovin'
Posted by Emily at 5:45 AM