It's almost Halloween, which means it's finally time for me to reveal this year's Halloween costume! I've been ridiculously excited about dressing up this year, since this is a costume I've been dreaming of for at least five years! If you know one non-style-related thing about me, it's my abiding obsession with all things space, especially the original Star Wars trilogy.

What you might not know about, though, is my abiding love of mashups. (Brace yourself: it's digression time!) The seed was planted in my high school jazz band, we used to occasionally do something we'd refer to as 'jazz fusion:' half the room would play one song, while the other half played a different song. (This was not a bandleader-sanctioned activity.) In college, I was obsessed with the very first Girl Talk album, and devised a running route that was exactly the right length for listening to the entire album. In grad school, I bonded with one of my now-closest friends during trips to mashup night at the Echoplex. (Fun fact: I stood in the front row when Lady Gaga played Bootie LA, right before she got famous. That is my one and only 'I saw XYZ before they were big' story.)

Anyway (and here's where that digression starts to make sense), I decided to go the mashup route for Halloween 2016. Without further ado, feast your eyes on the Pinup X-Wing Pilot! 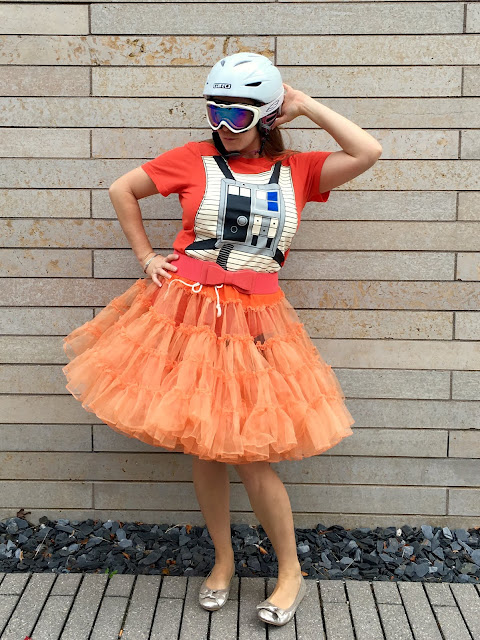 October certainly has been a red-letter month for hanging out with blogger friends in real life. Last weekend, I was fortunate enough to spend some time with two of the most awesome petite bloggers in Chicago: Devinne of Mox and Socks, and Mariam of the Petite Bijou, and let me tell you, these ladies are awesome! 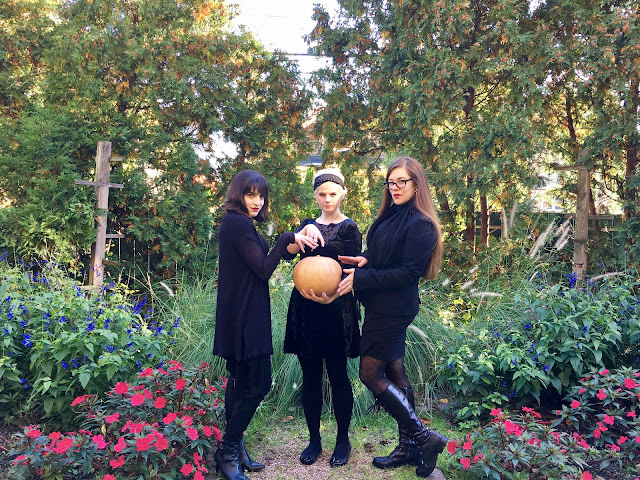 2016 is officially the year that I fell headlong down the Halloween-print rabbit hole. Over the past few weeks, I've let my inner Jack Skellington freak flag fly, and it's been awesome. Sparkly pumpkin brooches? Check. Spiderweb-print everything? Yes please! Halloween Harlequin? I'll take the top and the skirt, please. But the petite pumpkin border-print Jenny skirt from Pinup Girl Clothing? This, my friends, is the One Novelty Print Skirt to Rule Them All.

The title of this post may be silly, but... well, I've never been able to resist a pun. It's less than ten days until Halloween, and I'm ready to fully embrace all things spooky, orange-and-black, and pumpkin-flavored. (Except for the Pumpkin Spice Latte. If I'm going to spend over $3 on a non-alcoholic beverage, it had better involve matcha!) 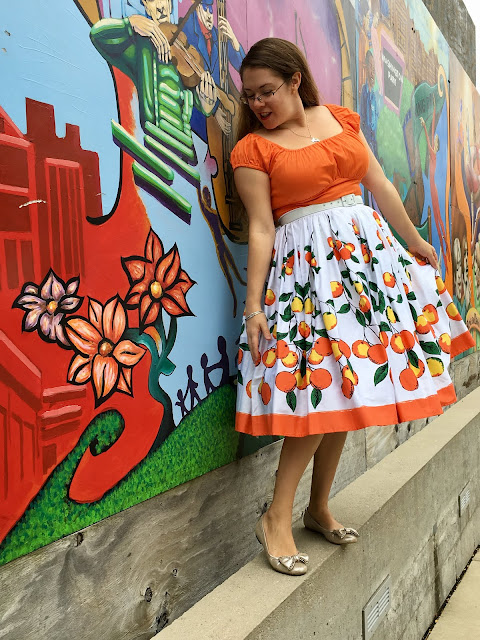 Looking back on our trip to Cambridge, I'm astounded by how much we crammed into each and every day. Jeff and I aren't really the lounging-on-a-beach types: as you may have guessed from my first Cambridge post, we go hard on vacation. 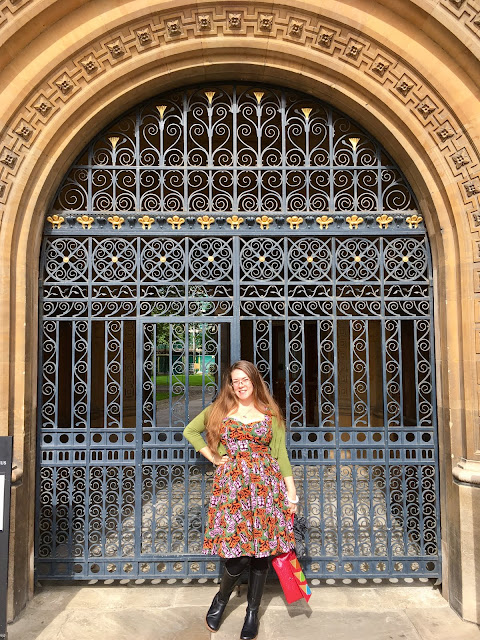 Far and away, the best part of blogging is the new friends I've made. Immersing myself in a community of fabulous, supportive fellow clotheshorses has brought so much positivity and happiness to my life, and reading blogs helped me to get out of that new-city funk when I first moved to Chicago. A little over a week ago, I got to meet one of the very bloggers that I've admired since the early days of Thoroughly Modern Emily: Devinne from Mox and Socks! Her blog is one of my favorites around because of her incredible photo skills, fantastic style, uniquely thoughtful perspective, and creative hair tutorials, and since we've also gotten to know each other over Instagram, I was over the moon when we finally got to meet in person! 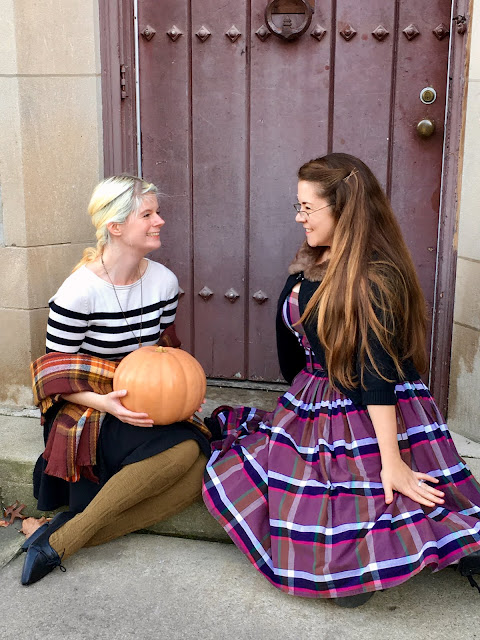 An American in Cambridge

For almost as long as I can remember, I've been a total Anglophile. (There's a brief period of my life before I knew what England was, and I'm pretty sure I have memories from then.) Growing up, I remember reading loads of books featuring plucky English children (my favorite will always be Ballet Shoes, closely followed by A Little Princess and The Secret Garden). Between those books and the Paddington Bear my father brought me on one of his work trips to London, a lifelong obsession was born, one which only grew stronger when I discovered John Stuart Mill.

If you follow me on Instagram, you might already know that I finally got to live the dream a couple weeks back, when I tagged along with Jeff for a conference in Cambridge! I generally make a point of trying to control my expectations, so as to avoid disappointment, but I was too excited to expect anything less than the most awesome trip ever. Luckily, this is exactly what I got! 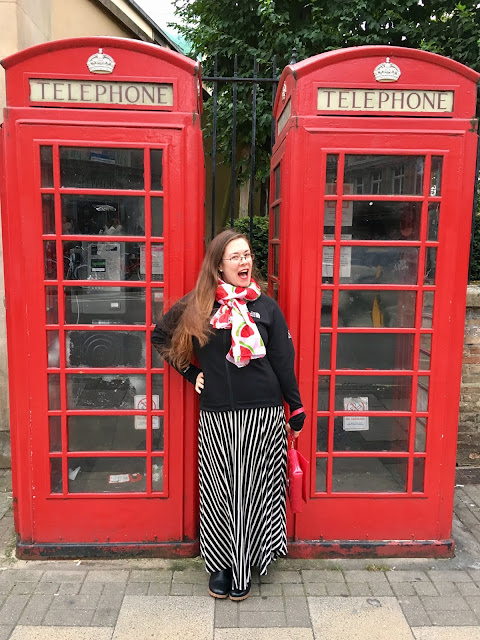 World's most excited, unabashed tourist. Thanks to Devinne from Mox and Socks for giving me the most perfect dress to fly halfway around the world in!
Read more »
Posted by Emily at 6:56 AM 3 comments:

After getting home from my recent trip to England, the past week or so has been a total whirlwind. Between going straight back to work the next day and having an amazing weekend of celebrating Jeff's birthday and shooting with the wonderful Devinne of Mox and Socks, it's been a little hard to find the time to write up a post or two about my Cambridge adventure. I had such an incredible time visiting England for the first time that I want these posts to be perfect, which (for me) makes it harder to get started. 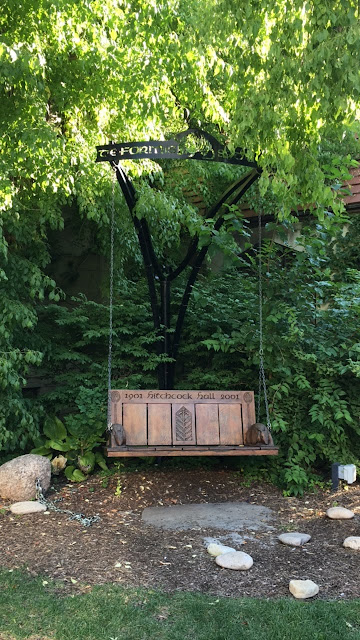 How to Make an Awesome Wedding Playlist

Wedding planning is a very unusual task. Hopefully, you're planning a once-in-a-lifetime event, and yet you somehow need to accomplish a ton of tasks (negotiating vendor contracts, renting a tent, finding an officiant) that normal life gives you zero experience with. 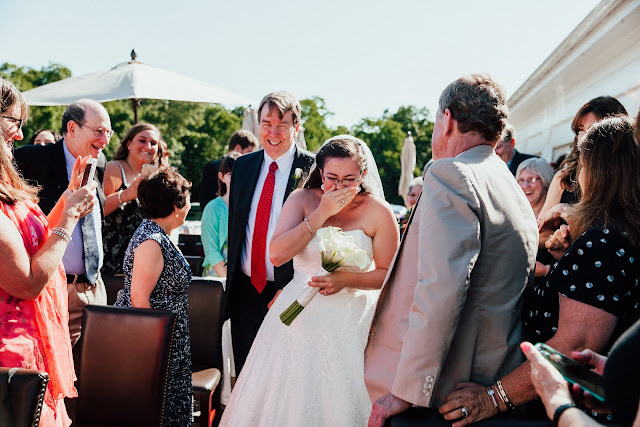 Sometimes my sister and I speak in TV-Tropes shorthand to each other, which confuses anyone we happen to be around. (If you've never visited TV Tropes…make sure you have a couple of hours to kill before you check it out! It's an endless link-clicking, new-tab-opening wormhole of Wikipedia-level  proportions.) The Vamp top from Pinup Girl Clothing, like its close relative the Vamp dress, is a prime sartorial example of Exactly What It Says on the Tin: putting the shirt on turns the wearer into Jessica Rabbit.

As someone who's only embraced pastels recently, I wasn't sure whether I'd be able to work this lovely lavender hue into my wardrobe, so I figured I'd give it the ol' One Piece, Three Ways treatment and see how it went. As it turns out, this shirt is super versatile!

While I am lucky enough to work in a place with the most relaxed dress code on the planet, there are nevertheless a few things that just won't fly. Visible cleavage is one of those things. Being a rather busty lady, I've struggled with finding cute tops and dresses that don't accidentally become scandalous. Button-up shirts are usually a recipe for disaster: if they fit in the bust, they're usually baggy everywhere else. I've amassed a decent array of higher-necked jersey tops and sweaters, but most of my favorite dresses absolutely require a cardigan, and I'm not willing to wear crew neck sweaters when it's 90 degrees out.

While I've been slowly building up my stash of fun and work-appropriate dresses, I also love to wear outfits with pockets, and the pockets on my mint tiki Little Jun are outrageously good. Since getting this skirt, I've worn it to work more than any other piece in my closet. I've worn it with T-shirts, basic black, and my new white Sean top. The biggest styling challenges come on the days that 1) it's disgustingly hot out and 2) Jeff and I are going out right after work. Enter the Clark Kent-like outfit in this post! 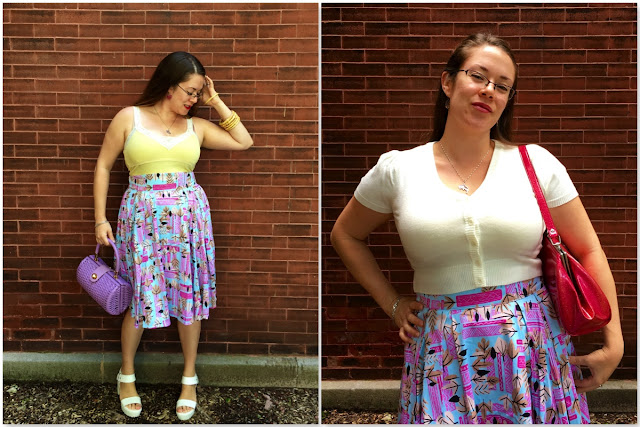 Email ThisBlogThis!Share to TwitterShare to FacebookShare to Pinterest
Labels: day to night, how to, pinup at work, Pinup Girl Clothing

5 Reasons October is the Best Month

As soon as the temperature climbs over 75 degrees or so, I start pining for the fall. Seriously. In my book, summer is a sweaty, uncomfortable period that must needs be endured only because it's followed by the sweetest reward of all: autumn, and more precisely, October! 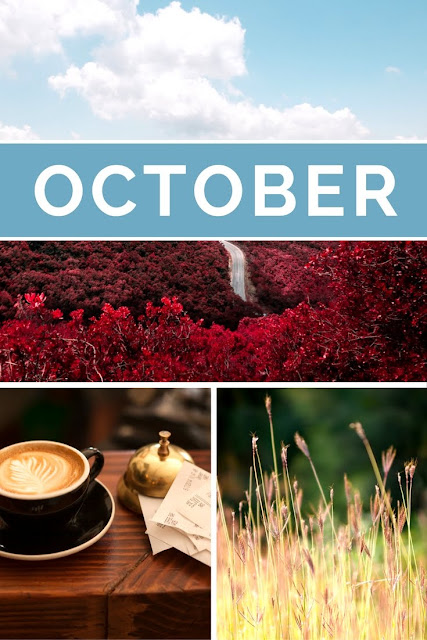 October has always been my favorite month of the year: the weather is finally comfortable again, the leaves are vibrant, and even sunlight looks prettier. I know plenty of you are fans of spring and summer, so I've put together my top five arguments for why October is the superior month of the year.