Disneybounding in My Heart

I'm back in Chicago! I had such a nice time with my family and my friends from home. Expect a few posts on those shenanigans soon! It's always hard to leave after a nice trip home, but it's gotten a bit easier since Jeff and I started living together. I miss him so much when I'm in New York, and I often think of that line from the end of Return of the King, where Frodo tells Sam "You cannot always be torn in two."

When I left New York after college, I didn't realize that living in LA would change my life so fundamentally. For the first 22 years of my life, everyone that was important to me lived within a two-hour radius of my parents' house. Now, some of the people I hold dearest live in LA, and I'm splitting the distance between my New York and California worlds in Chicago.

I seriously need someone to stand over my shoulder as I write blog posts and shout "DIGRESSION" at me, a la Catcher in the Rye. Anyway, one of the things I miss most about LA is going to Disneyland. I got this Snow White print skirt a while back, and decided to go all in on a Snow White outfit! 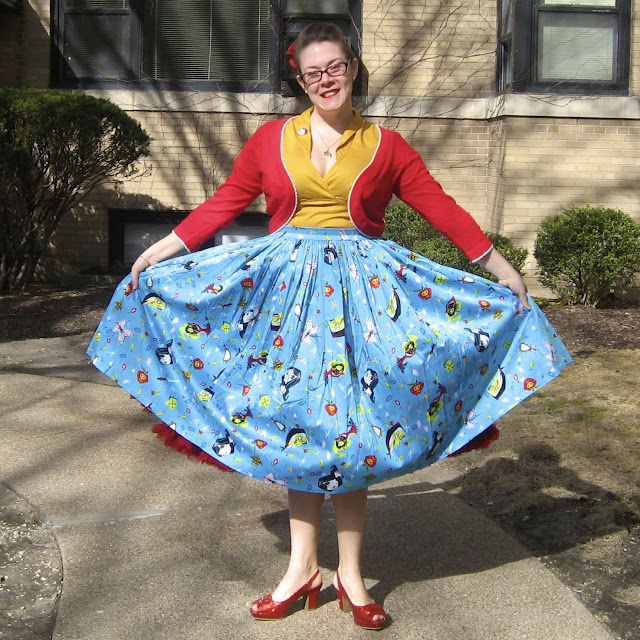 This outfit is slightly historically-inaccurate, since I believe Snow White's dress has a blue bodice and a yellow skirt, but I think it still evokes a properly princess-like feeling!

Fun fact: my parents went to Disney World for their fifteenth wedding anniversary, and brought back a Snow White nightgown for my little sister, who was three at the time. She was instantly obsessed with it! She wore it every single day for months, and refused to take it off, so my mother had to sneak it off to wash it after she'd fallen asleep at night. However, she was terrified of the movie, so I'm not sure if she's ever actually seen it. She used to watch Cinderella every single day, though, wearing her Snow White dress. 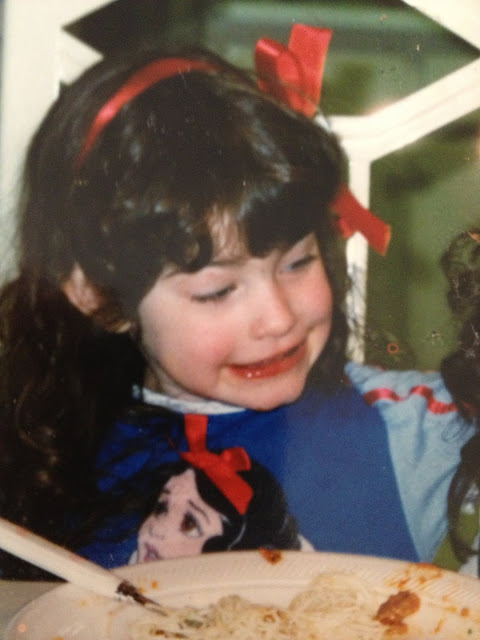 My sister the proto-Disneybounder, aged 3.

Anyway, I'm wearing my Snow White skirt with a gold top from Pinup Girl Clothing that I got used from Miss Amy May, a red Lindy Bop shrug, and my sparkly red B.A.I.T. heels. I also picked up a Snow White pin on Etsy a while back, and figured this was the perfect time to wear it. I know that Snow White had a red hairband, but I don't, so I'm making do with a red hair flower. 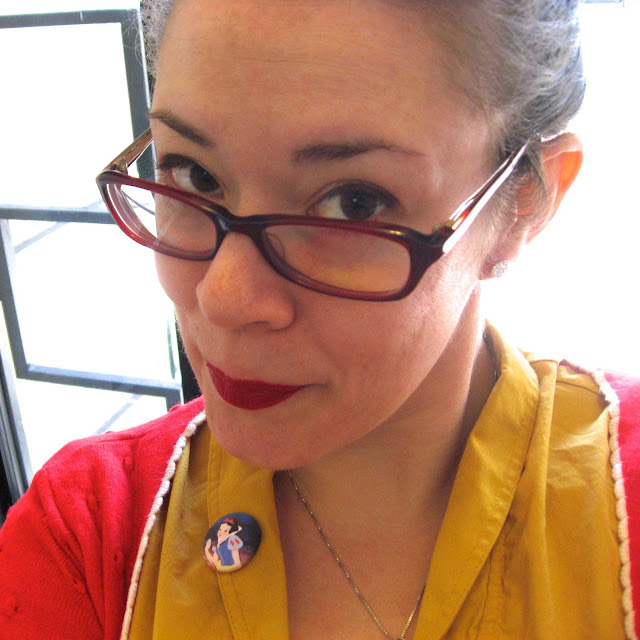 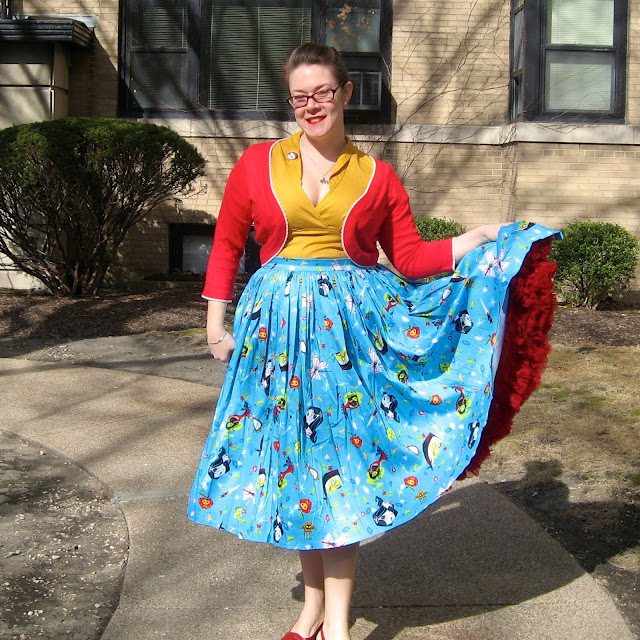 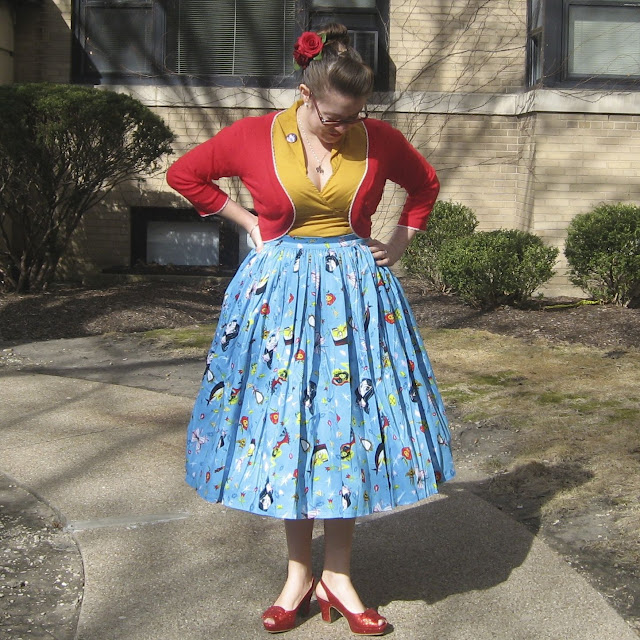 Do you have a favorite Disney princess?
Posted by Emily at 6:41 AM