The Bus is Back

You may have seen me mention that I lived in LA for eight years before moving to Chicago. Well, I might not be an Angeleno by birth, but as a lifelong gearhead (or petrolhead, for my British readers), I certainly appreciated living in a place that showed so much love to the automobile. 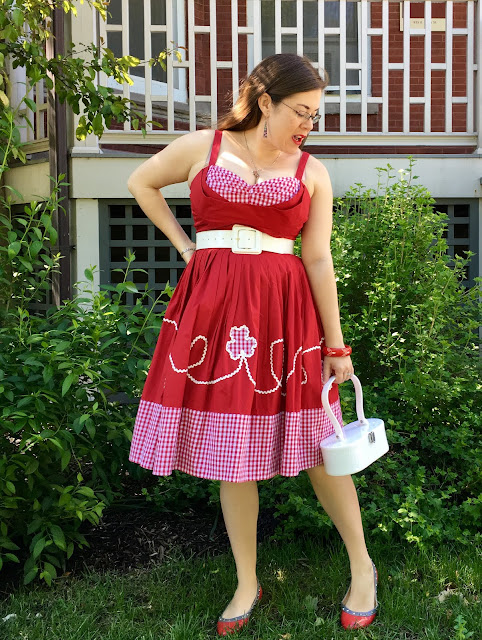 LA's car culture is legendary. It really threw me for a loop when I first moved there, because I grew up right outside New York City, and in my head, cars are more of a hindrance than a help in a city. Not so much in LA: cars are basically an extension of your very being out there. One of my closest grad school friend's husband once told me that people in the rest of the country might be house-poor, but people in LA are car-poor. I've never seen so many Ferraris, Maseratis, and assorted other supercars parked on the street in any other city.


I got my first car right after I graduated from college, in anticipation of the brave new world that was life in LA, and I absolutely, positively loved it. Being a rather petite person, I've always preferred smaller cars. A sporty sedan with tight steering and a stick shift is pretty much my favorite everyday car. I knew exactly which car I wanted long before I had any idea I'd actually be getting a car: I lived and breathed Mazda 3s for years.

When my dad and I went to shop for my car, that Mazda was the only real contender, and the second I test-drove one with a manual transmission, I was in love. It handled like a dream, with incredibly responsive steering, excellent pickup for a 4-cylinder engine, and grippy brakes. Compared to the 20-year old Mazda pickup I learned to drive stick on, the transmission was a revelation, with a really short throw and a light clutch. (Too much detail?)

Anyway, after we found a salesperson who could get it through his head that it was my car we were shopping for, and thus he should probably talk to me instead of ignoring me and talking to my dad (#everydaysexism), it was only a few more days before I was driving home in my very first car. 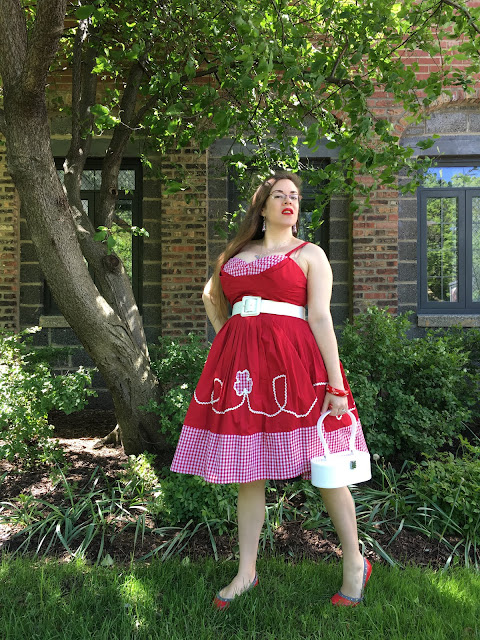 Fun fact: I wore a red dress to pick up my new car, which is why I'm sharing these photos in this post. 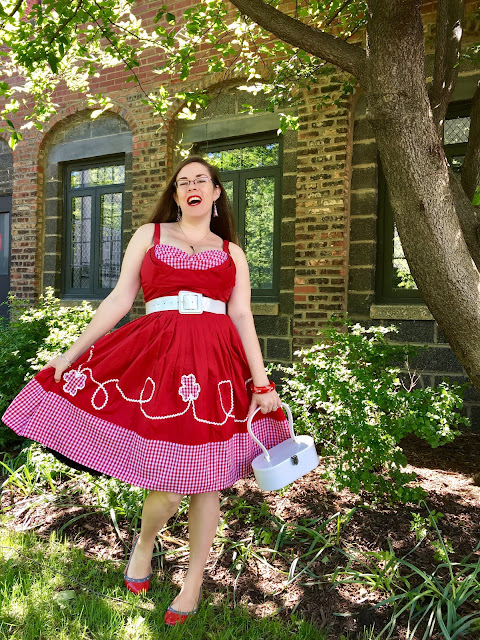 This is most likely the face I was making the entire drive home.

That car took four adults and all my earthly possessions from New York to LA in style and comfort. When I dropped my parents and Ronnie off at LAX, I sat in the parking lot and cried in it until I was ready to drive back to my new apartment for the first time. And it was just so damn fun to drive it that I actually felt a little better on the way home.

My little Mazda was everything I'd ever dreamed owning a car would be. It felt like independence and adulthood and freedom. It got a cute nickname (the Bus) and let me show eight years' worth of visitors all over my new city.

Even though I used it sparingly for my first six years in LA, logging only 20,000 miles after five years, having it meant that I could go anywhere. And when I started adjuncting and needed to commute all over the city, driving it helped me to feel like a real live adult, and therefore a real live professor.

Then Jeff got the job in Chicago. It quickly became clear that we didn't need two cars in a city with excellent public transit. Worse, Chicago isn't the luxurious land of street parking, free parking lots, and cheap valet that LA is, and if there's more than a couple of inches of snow on the ground, you aren't even allowed to park on the street. (My LA-influenced mindset still can't quite wrap my mind around this.)

But what sealed the deal for my little car was finding out that we could only get one parking permit for our apartment. Jeff can't drive stick; ergo, his car would come with us, and mine would go back to New York until I could have it again. A plan was hatched: my parents would come out for one last visit to LA, help us pack, and then drive my car back to its original home. 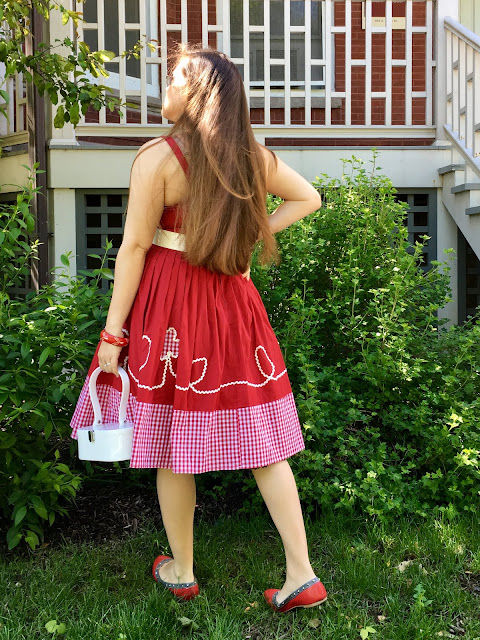 I sobbed as I signed the title over to my parents, and bawled when they drove it away from LA for the last time. (And yes, I cry all the time, but it was different.) It felt like an enormous step backward: away from the life I'd built and back into dependency. I would be moving to a new city with no job, and now I wouldn't even have a car to call my own. I'd have to borrow Jeff's if I wanted to drive anywhere.

It felt like the end of an era and the dawn of something I wasn't sure I'd like.

Almost a year and a half passed, and things in Chicago turned out to be pretty darn awesome. I borrowed Jeff's car a few times: to head out to Indiana for a photo shoot with my friend Melanie, to drive summer interns to the Botanic Garden and the Morton Arboretum, to bring heavy stuff to work a couple of times, and once or twice, just to go to the store. I was nervous as can be each and every time. I took the bus to work and that mostly worked out well. I fell in love with our new city and my new job.

Then one day in January, I came home to amazing news: Jeff had gotten us a second parking permit! My car would be coming back, just in time for me to drive our baby around in a car that feels like an extension of my body. And after a few months' delay while my family went through some true difficulties, it was time. 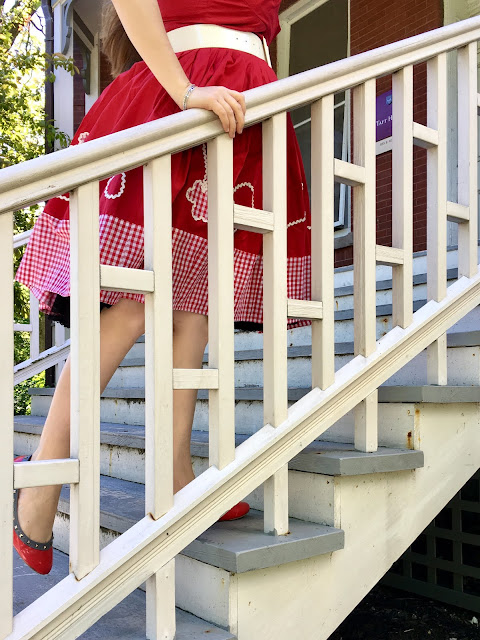 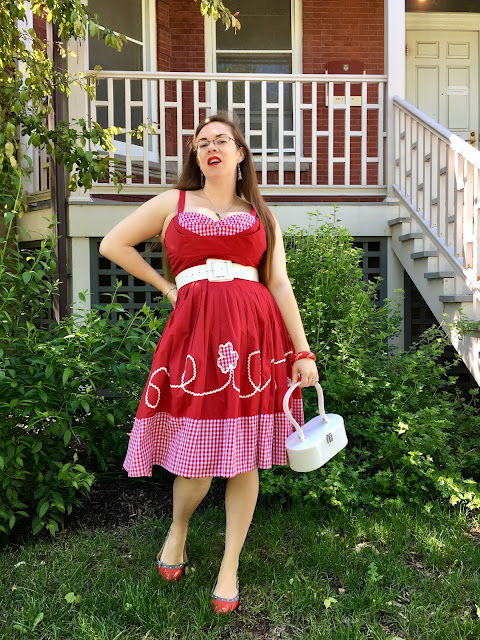 My dad showed up over Fourth of July weekend, and the second I saw him in the parking lot next to my beloved Bus, my six-months-pregnant belly and I broke into a run. I think he honestly thought I'd hug the car before I hugged him. (It was a near miss.)

Driving it over the past couple of weeks, I've felt such joy. There's something special for me about that moment when you have open road ahead of you and accelerate up through all the gears as fast as you possibly can. And being able to sing in my car has made my commute so much more fun! And I know it's a little silly, but having my car back has made me feel so much more prepared to welcome our baby in a few months. 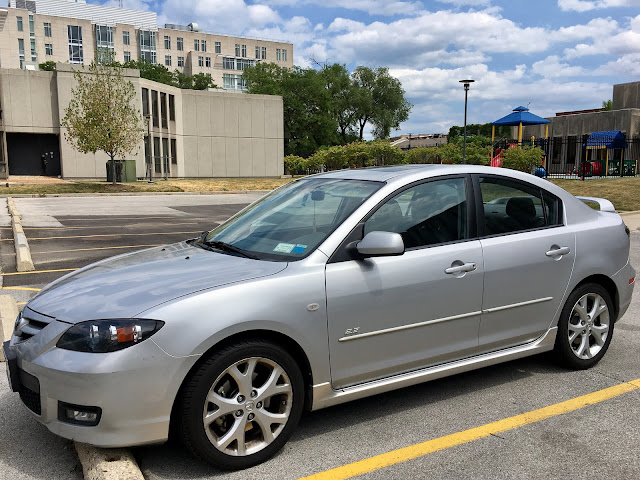 Reunited and it feels so good!

If there's a moral to this story, I suppose it's this: much as I may sound (and swear!) like a New Yorker, I'll never quite shake the little Angeleno on my shoulder. Whether that little Angeleno is an angel or a devil...well, I'll let you be the judge!

Facebook
Google Plus
Bloglovin'
Posted by Emily at 5:51 AM