First things first: YOU GUYS THE CUBS WON THE WORLD SERIES! It was the most excruciatingly thrilling baseball game I've ever watched and I almost couldn't handle the tension, but they WON and life is good. I liveblogged the agony and the ecstasy on my Insta and stayed up way too late after the game ended.

Anyway. It is a truth universally acknowledged that the Mexican food in Southern California is damn near perfect, and after living in LA for eight years, my standards for Mexican food are ludicrously high. Alas, our new life in Chicago affords us far too few opportunities to have a proper taco and/or chile relleno. Before last week, I think I must've gone something like three months since my last proper taco. To clarify: a proper taco is a soft taco on a small tortilla, filled with nothing but meat and topped with onions, cilantro, and salsa.

Thankfully, as I discovered last Thursday, there's good Mexican food to be had in Chicago. I honestly don't remember how Jeff heard about Cafe El Tapatio, but I'm glad he put it on our ever-growing list of restaurants to try, because it was absolutely epic. 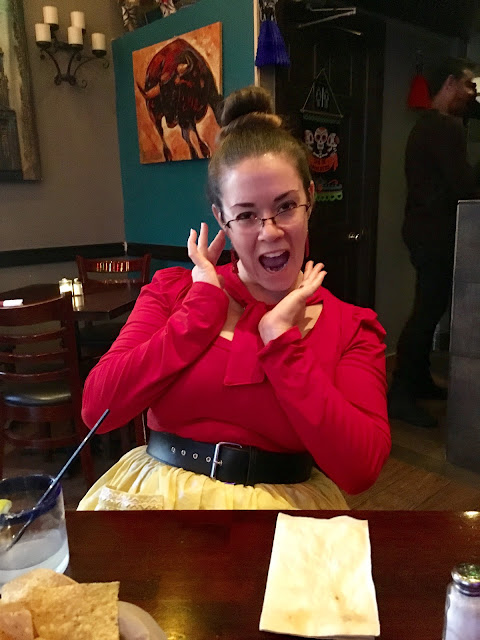 Like most of the places on our restaurant list, Cafe El Tapatio is up on the North Side of the city, which meant Jeff was treated to an hour on the El with a bouncy, chatty ball of taco-related excitement made flesh. All this time on the train was definitely worth it, though: everything we ate was fantastic, and our margaritas were delicious rather than being that sort of sickly-sweet nonsense you get at many places. 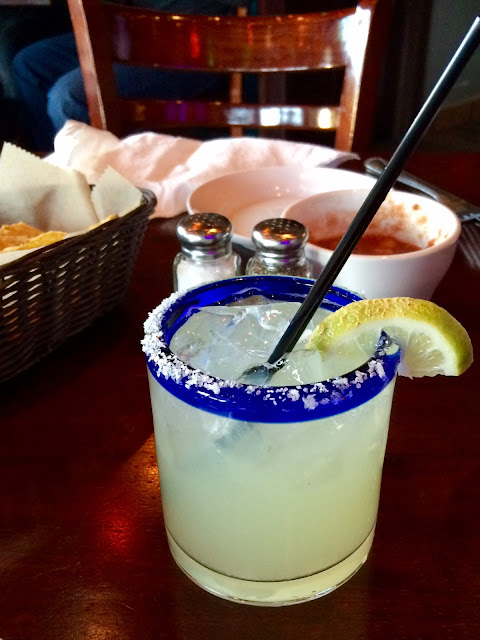 Jeff suggested that we get ceviche as an appetizer. This made me fall in love with him a little more, since I'm absolutely crazy about ceviche and he knows it. This was definitely the right call: their ceviche was delicious! We went for the fish instead of the shrimp, since that's my preferred ceviche, and it came with saltines rather than tortilla chips, which I seem to recall is how it's often served in Mexico. 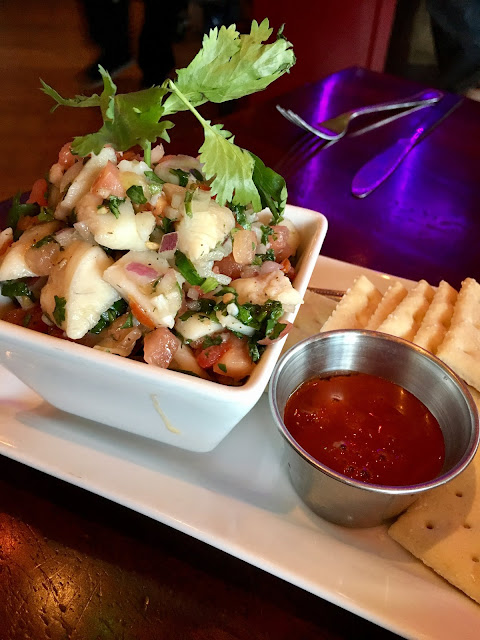 For my entree, I ended up going with a combo platter (La Fabuloso Combo), since it came with my other favorite thing in the world: a chile relleno. It also came with carne asada and a flauta. I was pretty pumped about the carne asada, since I hardly ever cook red meat at home, and indifferent to the flauta, since those are often disappointing. This time, though, the flauta was almost as exciting as the chile relleno, which tells you a lot about how good their flautas are! The carne asada was also super delicious, but I expected that. 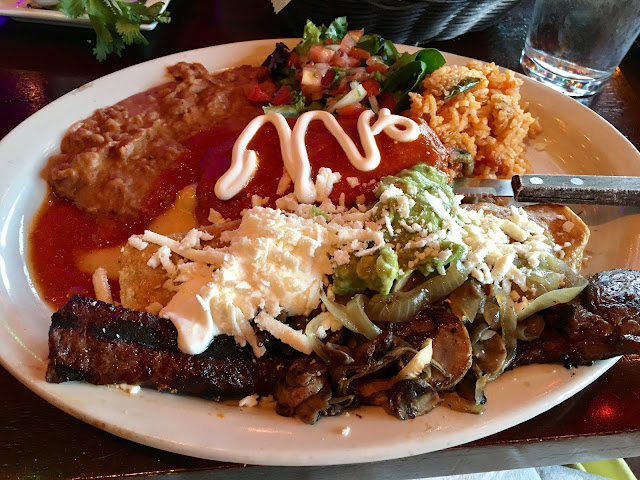 I cleaned this entire plate because I believe in my dreams. 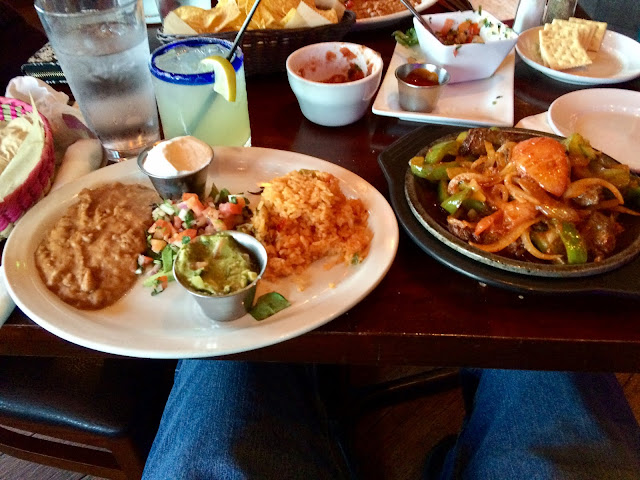 Jeff had steak fajitas, and the bite I tried was definitely yummy!

I highly recommend this place if you're in the mood for a sit-down meal involving yummy Mexican food, margaritas, and the inevitable food coma that comes from cleaning your plate (even when you know you're full) because everything is so delicious. 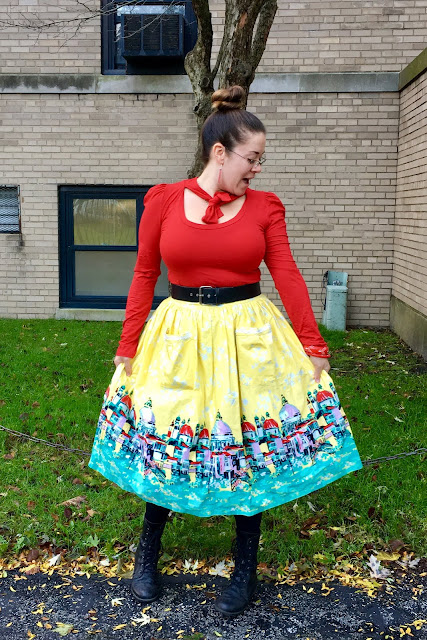 What I wore: I really liked the outfit I wore to work that day, so I didn't change before going out. Even though I typically try to avoid Things With Waistbands when I know we're about to do some serious chowing down, this Lindy Bop skirt has enough room that I figured I'd manage. Happily, I was right, even though I had to buckle my belt on the last hole after our meal. I picked up this Bonsai Kitten top on super-sale from Doll Me Up and even though the ties aren't quite as long as I'd like them to be, I've been wearing it a lot. It's the perfect shade of red, and it's super comfy and easy to wear.

What's your favorite type of food? Mexican food is close to the top of the pops for me!

Facebook
Google Plus
Bloglovin'
Posted by Emily at 5:24 AM