And the Livin' is Easy

Well, it's finally fall, even though it's been ludicrously hot in Chicago for almost a week now. This summer was been super eventful, and it was such a nice change of pace from the first several months of the year! First, my mom came to visit, and after spending one of the nicest weekends I've had all year with her, I had two days of Trashy Diva meetups the very next weekend. I went to Vintage Garage Chicago for the first time and scored some sweet new dresses and an epic suitcase, and Jeff and I had a lovely babymoon around Chicago. 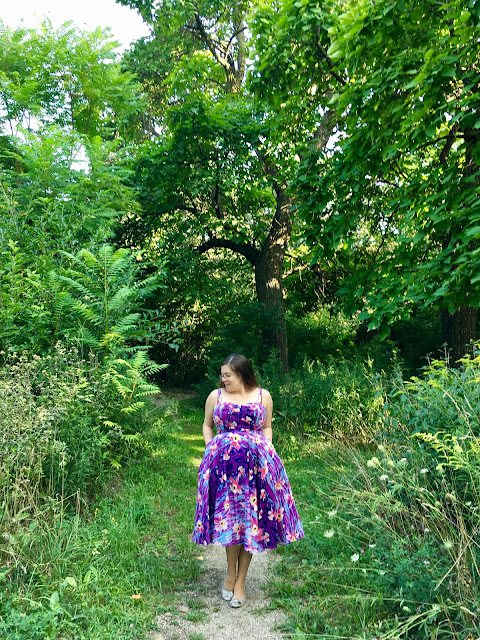 Oh, and after almost two years without it, I got my beloved car back, along with a bonus visit from my dad!

While the pace has slowed a bit as I've entered the final countdown to baby, Jeff and I have still managed to get out for some fun here and there. One of my favorite things to do once the late-summer heat (temporarily) cooled to liveable levels was strolling around the parks in our neighborhood. A few weeks ago, we finally visited a park we'd driven past for two years: Washington Park, on Chicago's South Side. I thought it would be a nice place to look around and take a few photos, but it turned out to be one of the loveliest places we've gone in ages! 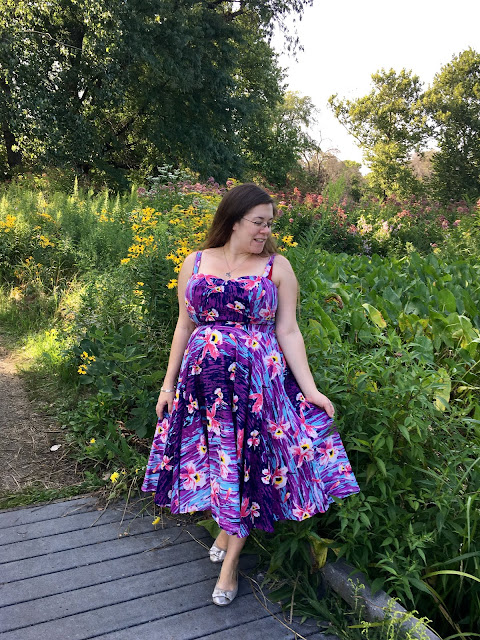 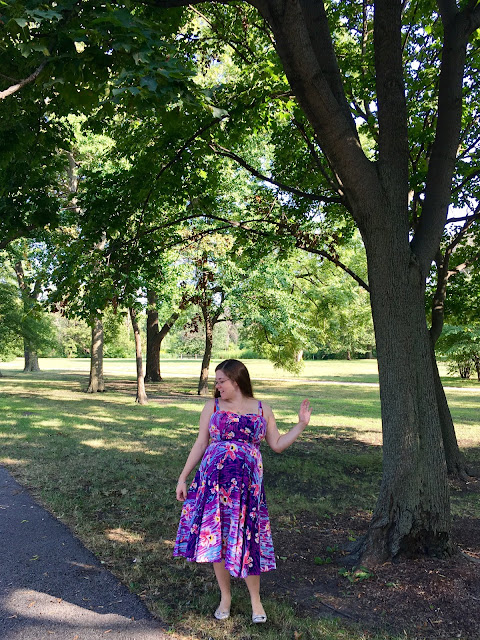 I've said it before, but Chicago's green spaces never cease to amaze me. New York gets a ton of credit for Central Park (which is gorgeous, of course), but for the sheer park-to-neighborhood ratio, I think Chicago gives my favorite city in the world a run for its money! The parks here are beautiful and so well-maintained that they look like the pictures in a book, and I'm constantly amazed by how much effort and thought clearly went to creating public spaces here.

I'm also impressed by Chicago parks when I think back on life in LA. The parks in LA were fewer and further between, but it also seemed as though they never attracted as many people as the green spaces in Chicago do. At first this was perplexing, since LA is the land of year-round perfect weather. But the more I thought about it, the more sense it made to me that folks here would want to take advantage of the brief 5-6 months of decent weather we get here each year. 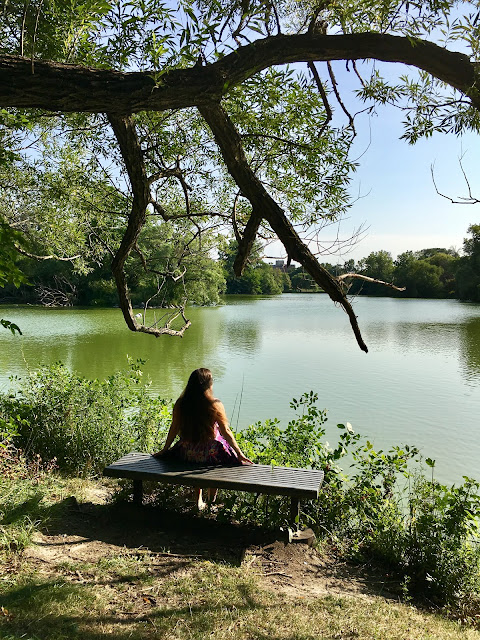 Let's pretend I was thinking Deep Thoughts when this was taken. 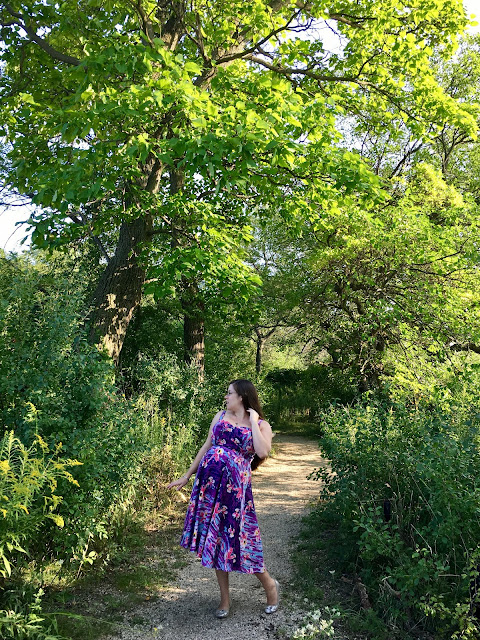 Since Jeff and I wanted to get over to the park while the weather was still comfortable, I decided to forgo makeup. I've been wearing it less and less, even to work, and honestly, it's nice to feel like it's really my choice when I decide to get all dolled up!

Even though this wasn't a particularly tropical setting, I couldn't resist wearing my Hawaiian Hideaway dress to ramble around the park. I'm not ashamed to admit that I have all three colors of this dress, because it's one of the best-made sundresses I've ever put on my body. I adore the print, the massive phone-hiding pockets, and the full circle skirt, though I kept a lid on the twirling for once as I've gotten a little too pregnant to safely spin in circles! 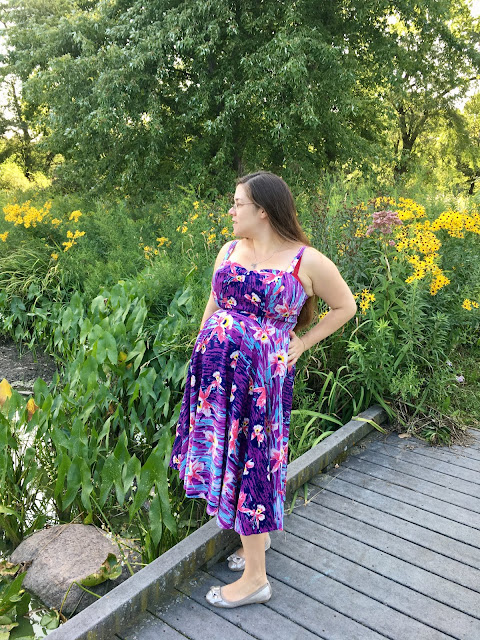 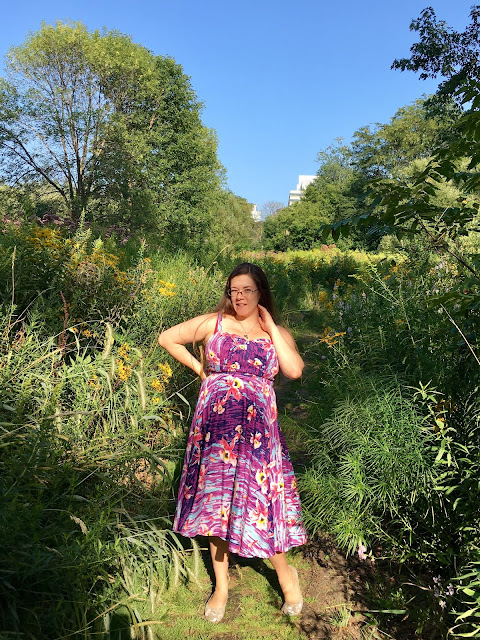 Although I'm feeling a bit too tired to venture out for one last pre-baby jaunt around the park, I'm looking forward to exploring the park next to the Museum of Science and Industry after she's born. It was part of the grounds for the 1893 World's Columbian Exposition and apparently there are still little relics of the Exposition scattered throughout the park. Stay tuned, though: I know I'll drag Jeff over there soon, and there will be pictures!

Facebook
Google Plus
Bloglovin'
Posted by Emily at 5:54 AM