Early in my first year of college, I came across two things that have stuck in my mind ever since. The first came up in the course of reading Homer's Iliad, during discussion of Achilles; the second, I believe, in a digressive discussion of language in a novel. 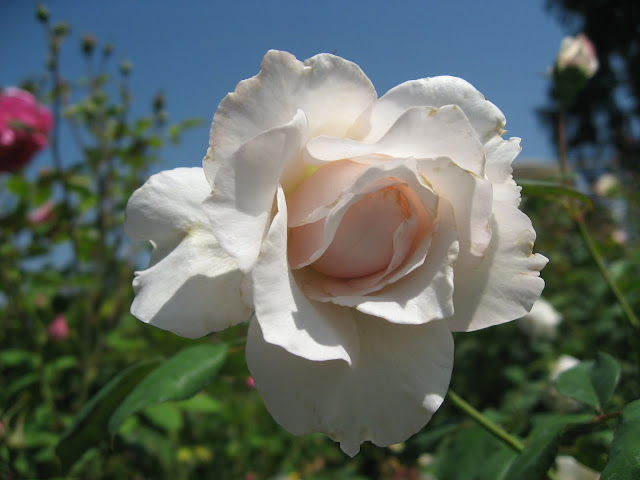 Disclaimer: I promise all of the nerdiness in this post is completely necessary to the actual point I'm planning to make.


Alright, back to Homer. A key motivator in the Homeric ethos was the desire for a particular kind of glory: the glory won through great deeds that would ensure your name was remembered long after your death. In this way, doers of great deeds -- the Achilles and Hectors of the classical world -- would gain a measure of immortality.

Relatedly, over the years I've often recalled reading that there's a society somewhere in the world with a rather unique way of speaking about the dearly departed. This society, it seems, has different words for referring to those that have passed away: one word for those who have died very recently, another for those who died further in the past but are still survived by those who knew and remember them, and a third for those who died so long ago that no one currently living knew them.

I suppose it's not especially surprising that in a year filled with losses of one kind or another, I've found myself dwelling on these two ideas of what it means to remember someone. After all, I spend a lot of time remembering the past even under ideal circumstances. Usually, my ability to remember important things in great detail brings me happiness, as does my tendency to leap, at the drop of a hat, from things that are happening in the present to associated memories.

This year, though, I've struggled a bit with the feelings my memories dredge up. Every time I think of a meme or a video-game reference that I learned from my sister, it's taken a lot of effort to maintain my equilibrium/to not cry at work. Looking at old photos, long one of my absolute favorite things to do, became fraught with emotional danger. I literally cried after seeing a story on the news about Applebee's closing a bunch of branches, because that was always Ronnie's top-choice place to go out for a special meal, and I don't know when or if she'll ever want to do that again. The possibility that she'll never want to go with us again is almost too horrible to think, let alone type.

And sometimes I can't stop myself from telling stories about her, or talking about those memories. In effect, these moments are sort of like playing Russian Roulette with my feelings: sometimes I'm able to think of happy memories without falling into despair, and other times I cry in the supermarket. Potato, potahto.

But recently, I've realized that I need to bring those happier times to the forefront of my mind in order to cope with the present. And here's where I come back, at last, to those two paradigms of memory I encountered in college. It's almost confusing to figure out what I've been feeling -- is it grief when the person you're mourning is still alive? It certainly feels like loss, but with a tiny hope of someday getting her back.

So now, it almost feels like I need to remember the times before everything went wrong, so that they're still living and present in the world. It almost feels like those stories from before February of this year keep a piece of the old Ronnie around in the world, just like telling the tale of Achilles grants him some small form of immortality. If I remember her as she was for the first 24 years of her life, then she isn't really gone forever.

And when I think about it that way, even painful reminiscence becomes a comfort.