Way back in February, I shared some of my thoughts on more ethical shopping practices, and publicly committed myself to a more ethical approach to buying clothing. I'm happy to say that I've been largely successful at adhering to the principles I outlined there. While I failed at my no-buy month, I've kept to my plan of shopping with small, largely female-owned businesses, supporting domestic clothing manufacturing, and working towards lasting body confidence rather than buying new things to try to feel pretty. I'll write about my journey to body acceptance soon, I expect, but for today, I want to tackle two issues that didn't come up in my last foray into the ethics of clothes consumption: the environmental dimension and sizeism.

Before we dive into all of that, here are some photos of a dress that I can genuinely feel good about owning. It's the Kelly from Bernie Dexter in leopard print, it's made in the USA, and it's available in XS-4X. In these photos, I'm wearing it with ancient combat boots from Buffalo Exchange and leggings I borrowed from my little sister. 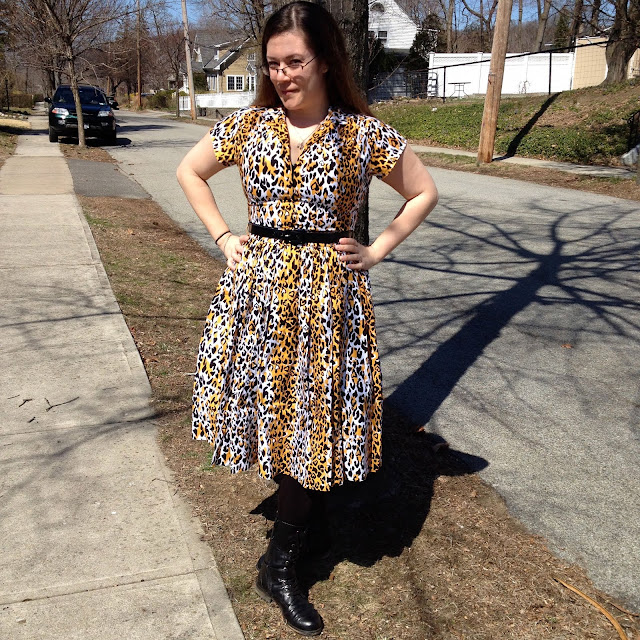 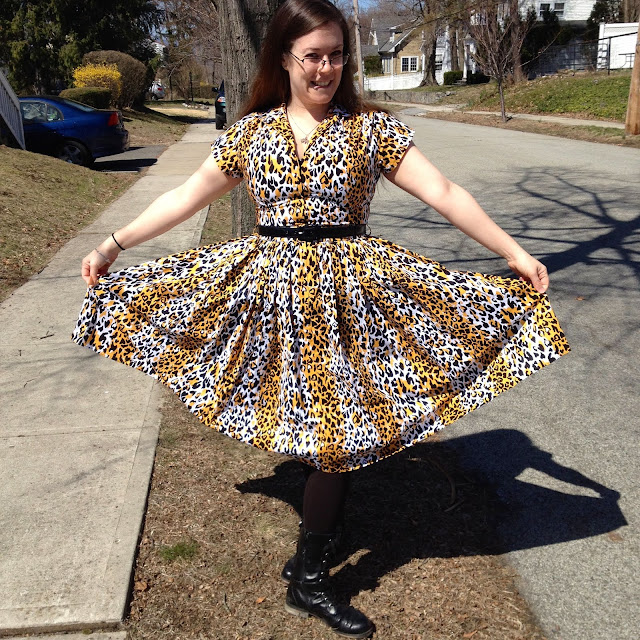 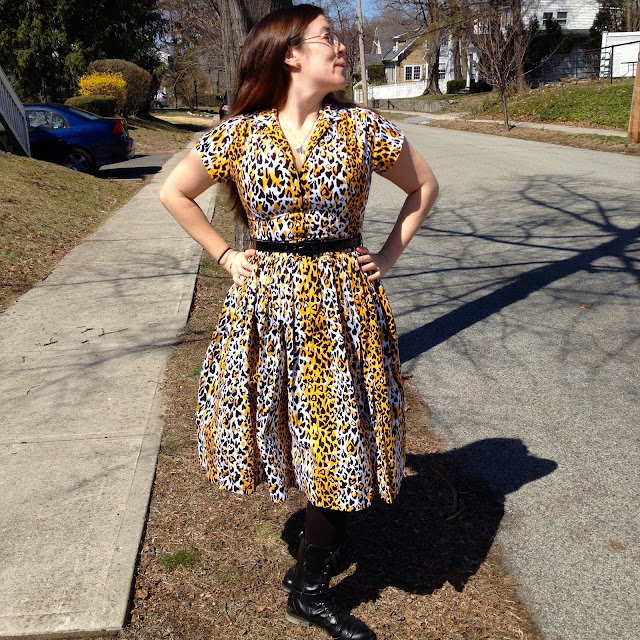 Back to the Serious Business. First, as most of us already know, the textile and clothing industries have a ridiculously large carbon footprint. Fast fashion is absolutely terrible for the environment: the practice of buying disposable clothing each season is entirely unsustainable. I used to think that donating my unwanted, barely-used things from H+M and Forever 21 to Goodwill was a get out of first-world-guilt-jail free card, but it's not.

Places like Goodwill and the Salvation Army actually receive more in donations than they're able to sell. The excess is often shipped overseas or sold for scrap. This is a massive waste of natural resources, since many of these cheap garments were made on the other side of the world and shipped to the United States. How ridiculous is it to ship a $5 shirt back to the other side of the world? I'd hate to see the carbon footprint on some of the junk I've donated.

We've heard a lot about the reasons to cut our 'food miles' (e.g. the distance a meal travels from where it was grown to your plate) and embrace local producers, and I think it's time that we start thinking about 'clothes miles' as well. It may not be realistic for everyone to only buy clothing manufactured in the United States (or wherever you're living, dear reader), but this isn't the only way to shop more locally. There are a zillion different clothing-resale apps, Facebook groups, and websites where you can find gorgeous gently-used (and sometimes even new-with-tags) clothing. In the past six months, I've probably gotten more off of the swap groups I'm in than I've bought, and thus far, I've had nothing but positive experiences! The point is, there are a ton of ways to shop secondhand even if you don't live near fabulous thrift stores, and very good reasons to look for preloved goods before buying something new from the other side of the globe. 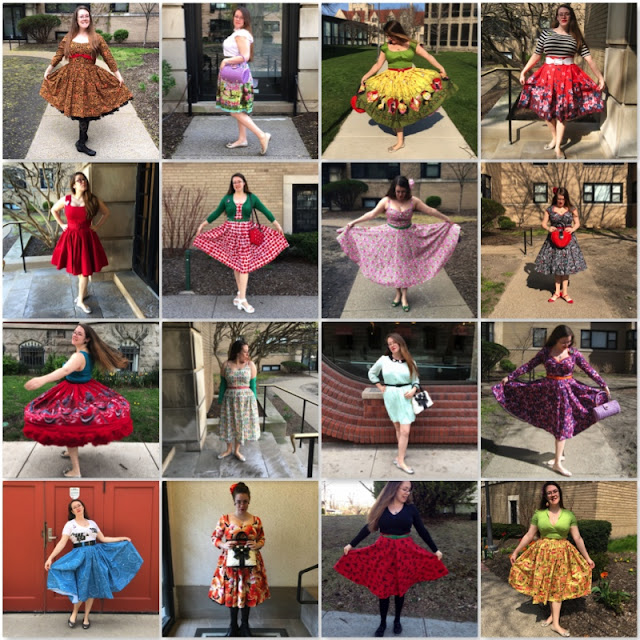 This collage shows just a handful of the lovely things I've picked up from swap and sell groups on Facebook!

The second thing I want to talk about is sizeism. While this is not related to the environmental or labor concerns I've been talking about, the way that clothing manufacturers treat size is an ethical issue. I've had the privilege of being able to shop pretty much anywhere, which means I've only become aware of how effing badly most stores are about creating an inclusive, body-positive shopping experience in the past five years or so. I'm not proud of how dense I've been about the challenges of shopping for clothing if your body doesn't fit into the narrow band of sizes that many stores only deign to offer. But it's absolutely heartbreaking to think of all the gorgeous, amazing ladies who are tacitly told by so many stores that they don't deserve cute things. They do. Everybody does! Jeez.

Honestly, it baffles me a little bit. If I'm not mistaken, the average American woman is now a size 14, which means 50% of women are plus size. Don't these stores want to make money? Why do so many clothing companies stop at an XL or a 14? It's almost hard for me to understand why they're so anti-woman –why they're so invested in reifying the same hegemonic beauty ideals of thinness, tallness, and whiteness. I say 'almost hard to understand' because garbage humans like the people who run Abercrombie, Lululemon, and American Apparel have made public statements explicitly saying that they don't want larger women wearing their clothing.

These [redacted] businesspeople aren't going to get my money. I'm going to spend my hard-earned dollars at places that make clothing for everyone, and preferably, at places that show with all of their marketing and promotional material that clothing and feeling beautiful isn't just for tall, skinny, white chicks. I'm going to shop at places that don't feel the need to distinguish between 'regular' and 'plus' sizes, and instead just have a complete range of freaking sizes. (I'm hoping that Unique Vintage will get with the program and stop listing sizes XS-XL in one place, and 2X-4X in another with their house brand!). I'm going to shop at places that don't whitewash clothing, because literally everyone wears clothing. Think Pinup Girl Clothing and Modcloth instead of Hollister and American Eagle (and - gasp - H+M, whose plus-size offerings are Not Great.) Fortuna Femme instead of Victoria's Secret. Heart of Haute instead of Charlotte Russe.

Tl;dr: I <3 the environment so I'll buy things secondhand, and inclusion/body-positivity > exclusion/body-shaming.

Facebook
Google Plus
Bloglovin'
Posted by Emily at 6:02 AM