In my second post, I told you that this is a blog about my journeys. Whenever I go through a period of intense changes, I get hit with a tidal wave of introspection. As I’ve rediscovered my love of vintage-inspired style, I’ve given real thought to how I dress (and why! But that’s a post for another time.) And since I’m a political theorist dwelling with someone who teaches Marx for a living, it was inevitable that my thoughts would go from ‘oooooh pretty dress is pretty!’ to flights of ‘consumerism is bad’ fancy. 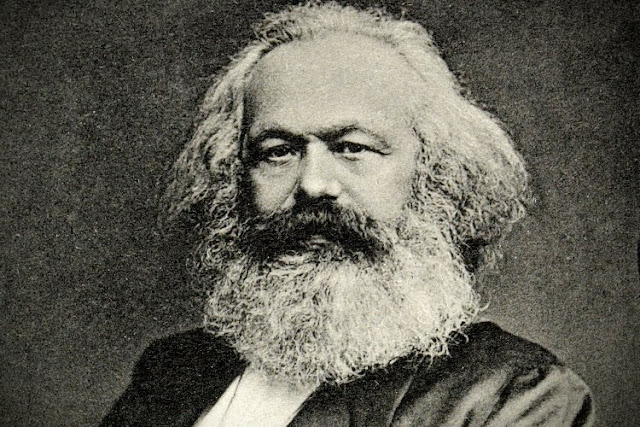 God, as envisioned by adjunct professors.
Tl;dr – the move toward ‘disposable fashion’ relies on the exploitation of low-wage workers in other countries, who often work under unsafe conditions, and causes a great deal of harm to the environment. The garment industry uses a ridiculous amount of water and natural resources, and when we inevitably dispose of our cheap clothes (whether because they weren’t made to last or because they’ve gone out of fashion), they go straight to already-overflowing landfills.

In the past, I was able to repress these concerns every time I saw something cute in the window of H&M or the Gap, though it was harder with Forever 21. But after becoming active in the adjunct-labor movement, it wasn’t really possible to ignore the exploitative working conditions that produced my cheap clothes. The more I come across articles like this  and blog posts like this, which highlight the extreme human, environmental, and ethical cost of fast fashion, the more motivated I am to make better shopping choices. How can I reconcile HAVING ALL THE THINGS with my personal principles? 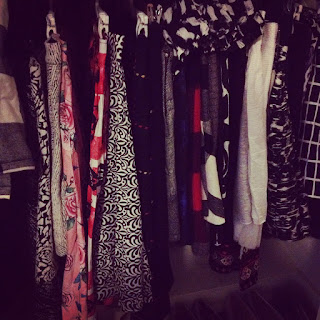 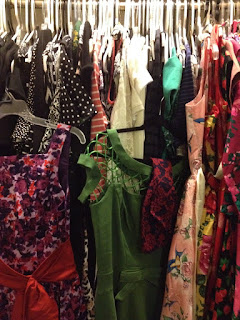 Oh. I guess I already pretty much have all the things. This is what happens in civil society: wants become needs.

I don’t have much to say about this that others haven’t said already, and better, so I’ll focus instead on how I intend to change my shopping habits.

I’m going to do something drastic to ‘reset’ my attitude toward shopping: for the next month, I won’t buy a single article of clothing, not even a pair of earrings. Hopefully, the fact that I’m posting this publicly will help me hold firmly onto my resolve.

Whenever possible, I will seek out ways to buy American-, British-, or Australian-made goods. There are several reasons for this. First, shopping from companies that design, produce, and sell their goods in close proximity cuts down on the energy needed to transport goods to their point of sale. Second, it supports companies who have decided to commit themselves to sustaining local manufacturing. Third, it means that the workers who produce those goods are protected by better labor and wage laws than those of some other overseas manufacturing hubs.

The final reason I've decided to shop with companies who support domestic manufacturers is to do my part to send a message to retailers that consumers care about ethical manufacturing practices, and want to buy goods that they're reasonably certain were produced under acceptable conditions. If enough people 'voted with their dollars,' retailers would find that it's in their economic self-interest to hold their suppliers to higher standards. Yes, I realize that one vote doesn't matter. I'm a certified political scientist, you know. We INVENTED that claim. (Well, us or some nihilists.) But that's not a license to be an undiscerning consumer!

When given the option, I will choose to spend my clothing dollars with small businesses whose ethos I agree with, preferably female-owned businesses. This has less to do with the environmental and human costs of fast fashion, and more to do with my beliefs about multinational corporations in general, the way many clothing companies rely on ‘thinspiration’ to peddle their wares, and the importance of women creating things that are marketed to women.

4) Focus on quality over quantity

Part of the reason I have so many clothes is because my head is easily turned by a ‘good deal.’ Rather than waiting until I find the perfect shirt, or skirt, or dress, I’ve often been guilty of settling for something cheap that didn’t quite suit me, didn’t hold its shape over a day’s wear, and so on. When it inevitably disappoints me, I just buy another version. This is stupid and counterproductive. Instead of feeling like I need every single thing ever, I’ll focus on buying things that are well made enough to last, and exciting enough that I’ll not need to buy more stuff to feel satisfied.

5) Stop using clothing as a shortcut to body confidence

I have a feeling this one will be the hardest of all, but potentially the most fruitful. We’ll see how it goes.

Do you consider yourself an ethically-conscious shopper? If so, what does that mean to you?

Facebook
Google Plus
Bloglovin'
Posted by Emily at 9:00 AM