It's taken a Herculean effort to keep this news off of the internet, but at last, it's time to spill the beans: we are having a baby in October! 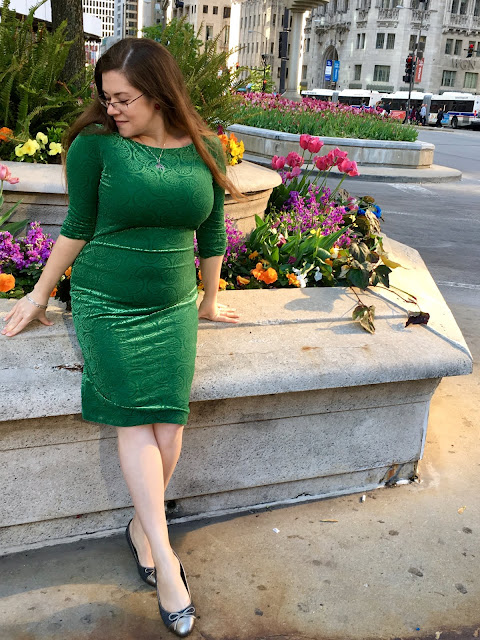 I'm currently 21 weeks pregnant, which means I somehow made it more than halfway through this pregnancy without spilling the beans. Miracles do happen, I suppose! But it helped that I was waiting to spread the news until after my parents had told my sister, which only happened this weekend.

We found out about a week ago that we're having a baby girl, and I've already ordered two watermelon-print dresses for her that match ones I have. When the ultrasound tech said it was a girl, I was completely overwhelmed with joy and dissolved into an inarticulate puddle of happy tears almost instantly. I'm pretty sure I would've had the same reaction had she said it was a boy, though. I just can't wait to be a mom!

Jeff and I are both really looking forward to meeting our daughter in a few short months, and I'm trying to get as much sleep as possible while I still can. So far, I've been incredibly lucky: the baby looks healthy, and apart from getting the flu in March and finding the mere notion of eating to be entirely unappealing until about a month ago, I've had a relatively easy time of it, physically at least. 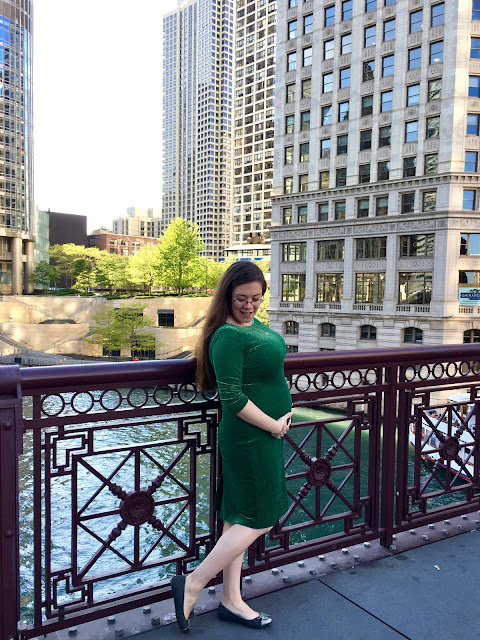 If you follow this blog or my Instagram, though, you might already know that 2017 has been a very difficult year for me and my family. We found out about the baby about a week after we heard that my grandma's cancer had come back and six days before my sister disappeared, so I was absolutely terrified that the stress and emotional turmoil would hurt the baby. When Ronnie was missing and I feared the worst, I kept thinking that the first time I held my baby would make me sad, because I'd be thinking about the first time I held my sister.

I'm not usually a big believer in the idea that things are just meant to be, but in this case, I think this baby was actually meant to come into our family during one of our darkest times. I was so afraid to tell my family until we'd gotten through the first trimester, and once we'd passed that milestone, I was concerned that the timing was just horrendous. How could I share such happy news when everyone was so sad? It felt a little selfish. But I actually ended up telling my aunts, uncles, and cousins about the baby on the day my grandma passed away, mainly because my aunt Cheryl is what an old-fashioned Brit might call a 'nosy parker.' (But I mean this in the most affectionate way possible!)

I had nothing to worry about: my family shares my capacity to feel all the things, and they ended up surprising me with an ice-cream cake that night. Despite the emotional whiplash of that weekend, it was a reminder to me that life's emotional highs and lows aren't always neatly separated, and that I can't let even the bitterest sadness blot out life's joys.

In case anyone was wondering why I've been wearing my Inside Out brooch from Atomic Lucite so often, this is why.

Anyway, our baby has been a beacon of joy and hope for me, and I must confess that I've been thinking about her constantly. Sometimes it's an incredulous 'hey, I'm growing a human being!' thought that crosses my mind while I'm sitting on the L or walking around at work. Other times (more often than I'd like), I'm worried about literally everything you could possibly worry about, because I'm a champion worrier. But my favorite times are when I'm thinking about Jeff holding our baby, or all of the things we'll do with her. 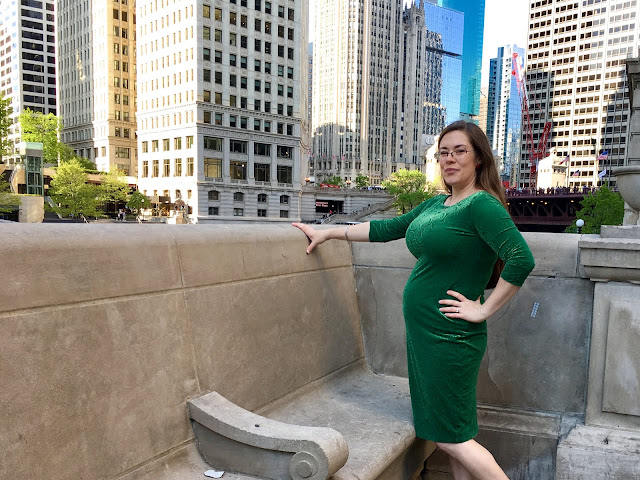 This is going to change our lives in a million different ways, both small and large, and I can't wait to see what the future holds for our growing family!

Facebook
Google Plus
Bloglovin'
Posted by Emily at 5:56 AM