A Long Time Ago in a Galaxy Far, Far Away: Star Wars turns 40

Today is basically like Christmas, the anniversary of the moon landing, and Cake Day all rolled in to one: Star Wars is 40 years old! I know #MaytheFourth literally just happened, but it's not every year that my favorite thing in the world turns the big 4-0, so I decided to save my geeksplosion for a dedicated birthday post. 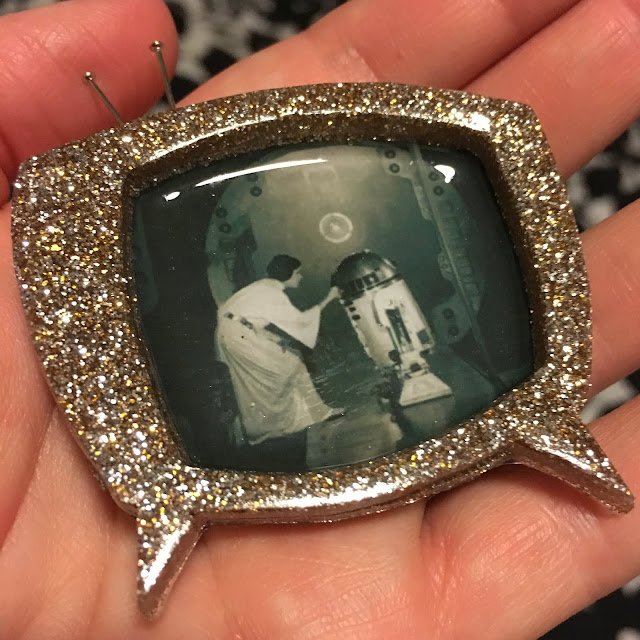 It's honestly hard for me to believe this is only my fourth Star Wars-themed blog post. The one constant in the past twenty years of my life has been my love of Episodes IV-VI. The day my dad took me to see the Star Wars rerelease in the theater honestly changed my life forever, and is still one of the best days of my life so far.

After seeing Star Wars, I was well and truly hooked. I collected all the action figures, except the stupid bounty hunters like IG-88 that no one wanted, and carried R2-D2 to school in my backpack every day for a year. I sat in nearly all of my classes that year drawing scenes from the movies, or replaying them in my mind. At least once a week, I'd watch all three movies, and for Halloween that year, I sewed myself a Princess Leia costume and twisted my ridiculously orange hair into Leia's iconic Cinnabon style. 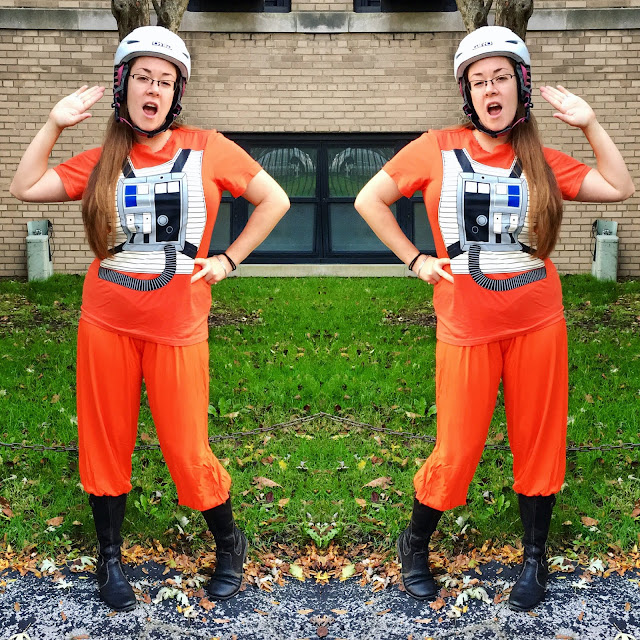 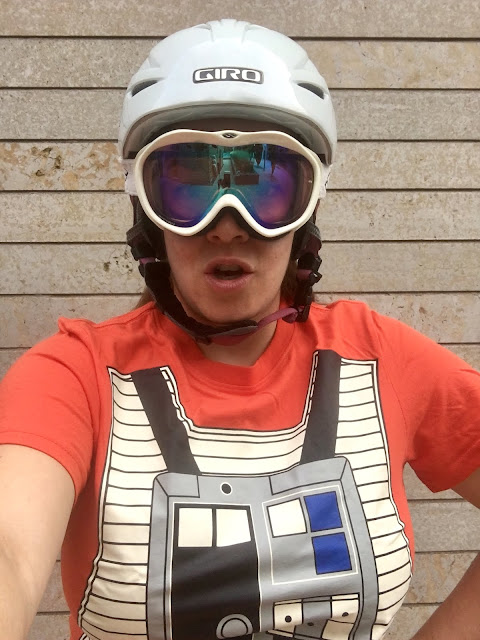 As you can tell by the photos in this post, I have a lot of Star Wars-themed clothing.

Star Wars was, and remains, my first and biggest fandom. I read the novelization so many times that the cover separated from the spine. I begged my mother to drive me to the library in the next town, so I could use their internet-capable computers to read Geocities fansites filled with Star Wars trivia and terrible jokes.

I read every single Expanded Universe novel, and may or may not have repurchased Timothy Zahn's excellent Heir to the Empire trilogy during my grad school years and reread it several times since. (I maintain that Disney should've just adapted Zahn's trilogy for Episodes VII-IX, and have a lengthy rant laying out my reasoning that I'll happily share with anyone who gives me even the remotest opportunity.) 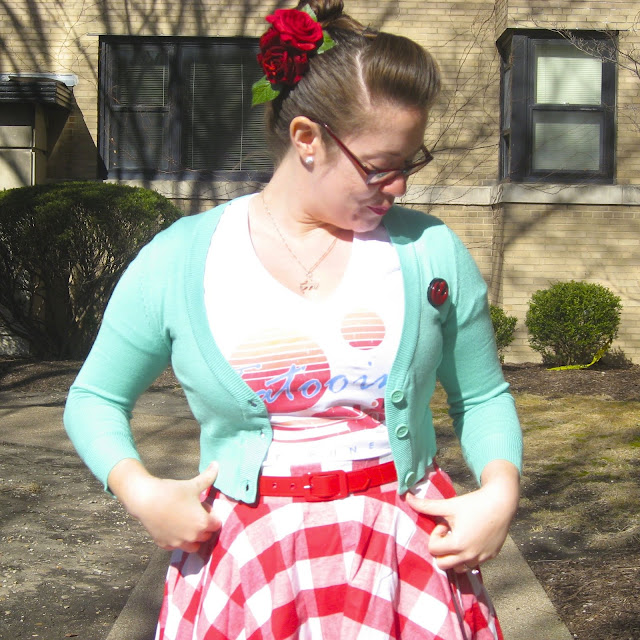 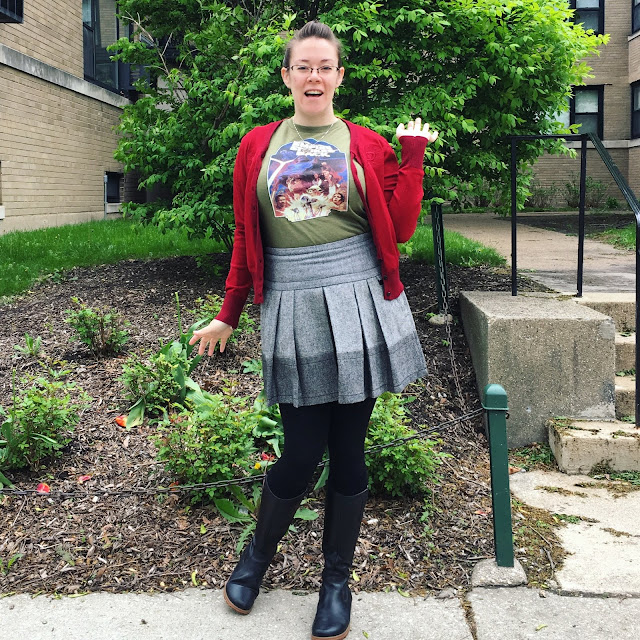 Watching the original trilogy with me, in 2017, is a bit like a more pedantic, totally G-rated version of going to the Rocky Horror Picture Show: I know all the words and there's a lot of audience participation. My heart still aches in the last twenty minutes of Empire, and I still lose it at the end of Return of the Jedi. True love lasts a lifetime, people.

At this point, if you aren't nodding your head furiously because you relate to all of these things, you might be wondering: why? What could possibly merit this devotion?

Better writers than me have spilled plenty of ink on the subject, but for me, it's quite simple. Star Wars touches on universal themes -- the parent-child relationship, the journey to realize one's full potential in the world galaxy, love in a time of uncertainty, independence, loss, hope, and courageous dedication to a cause -- through characters we genuinely come to care about, in a perfectly realized fantastical universe. What more could I ask for? 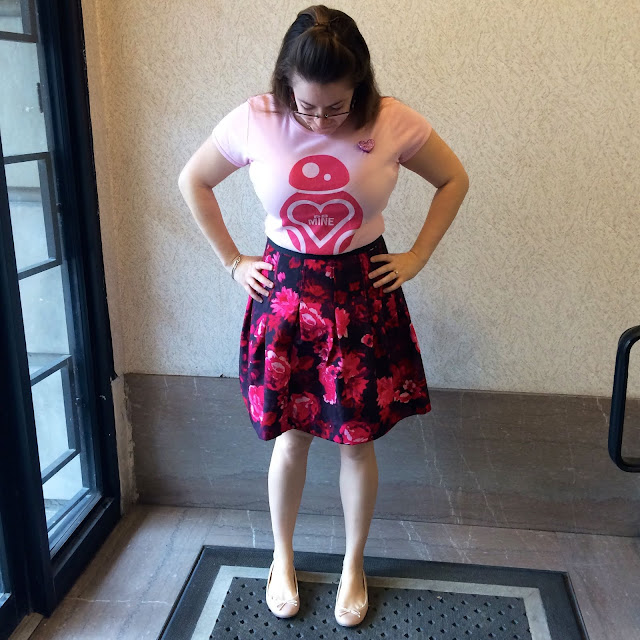 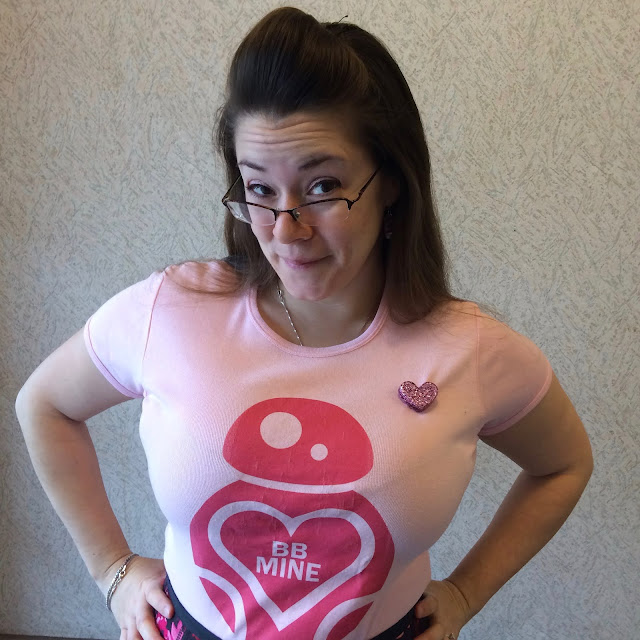 Happy fortieth birthday, Star Wars, and thanks for everything. I know how I'll be celebrating!

Facebook
Google Plus
Bloglovin'
Posted by Emily at 5:25 AM

Email ThisBlogThis!Share to TwitterShare to FacebookShare to Pinterest
Labels: memories, nerding out, outfit roundup, personal reflection, Star Wars, this day in history, what I wore