My love for the Kelly dress from Bernie Dexter is intense. I've lavished it with fulsome praise here on the blog on several occasions, and showcased its magical powers of flattering literally everyone with some of my blogger/Facebook friends. In a word, I'm obsessed., to the point where I have to exercise extreme self-control not to buy it in every single print Bernie releases.

Sometimes, these apparent victories of self-control are just that: apparent. I'll pass on a new print, congratulate the hell out of myself for being prudent, and then BAM! Regret hits me like a ton of bricks once it's too late to just buy the darn thing. Such was almost the story of the Kelly in Blue Water print, but (spoiler alert), this tale has a happy ending! 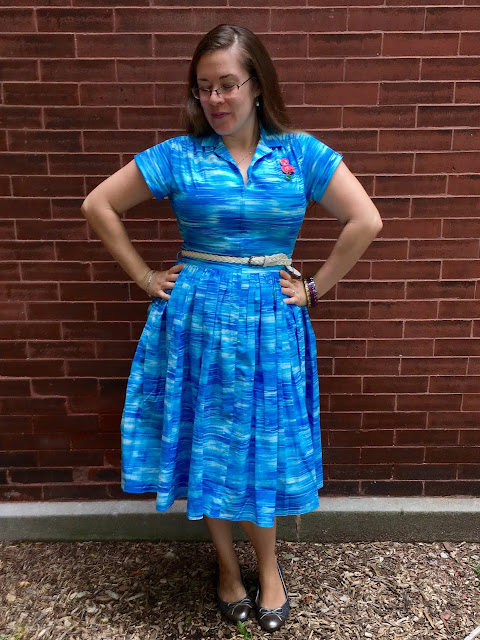 The color blue is the subject of major contention in my family. My sister is a blue fanatic: turquoise-y blue narrowly beats out rainbow as her favorite color, and she's wild about rainbows. I, however, do not usually gravitate toward blue, and was in fact somewhat hostile in my red-and-green partisanship until fairly recently. (Ronnie suggested blue for her Maid of Honor dress in my wedding. I disagreed. Harsh words were spoken. By me.)

Artist's rendering of debates over the Maid of Honor dress color for my wedding.
L to R: me, Ronnie.

I don't think my knee-jerk avoidance of blue is an innate dislike, though. I think it has more to do with a fairly toxic friendship from my high-school years with a girl who claimed blue as her color, and convinced me that I 1) was not pretty and 2) looked horrible in every shade of blue except navy, which is the one shade I still despise.

Anyway, after passing on the Blue Water Kelly twice, on both Bernie's site and Zulily, the ton-of-bricks-regret set in with a vengeance. All of a sudden, it was the most gorgeous Kelly in the world, and I didn't have it. Happily for me, though, I mentioned my soul-rending regret in a Facebook group, and someone tagged me in a sale post for one in my size! 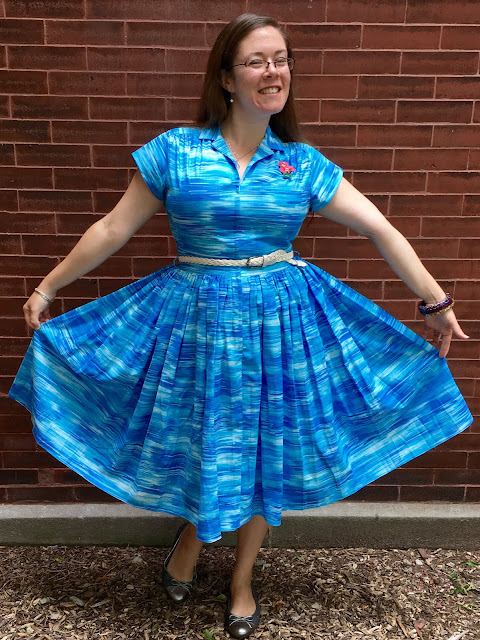 There was much rejoicing.

This dress fits exactly like my kitchen-print Kelly, which means it's a snug but good fit and I feel supremely confident whenever I wear it. I have a Thing for gradients, and can stare, transfixed, at the fabric for an embarrassingly long time.

Since the original owner bought the dress from Zulily, it didn't come with the belt, so I added an off-white braided belt because I was too lazy to borrow a white belt from another dress. The dress looks cute with or without a petticoat, though for these photos I went petticoat-less for comparison's sake. (I debated throwing one on and decided against it, and then spent the entire drive to the grocery store regretting my decision to "leave my fluff at home.") 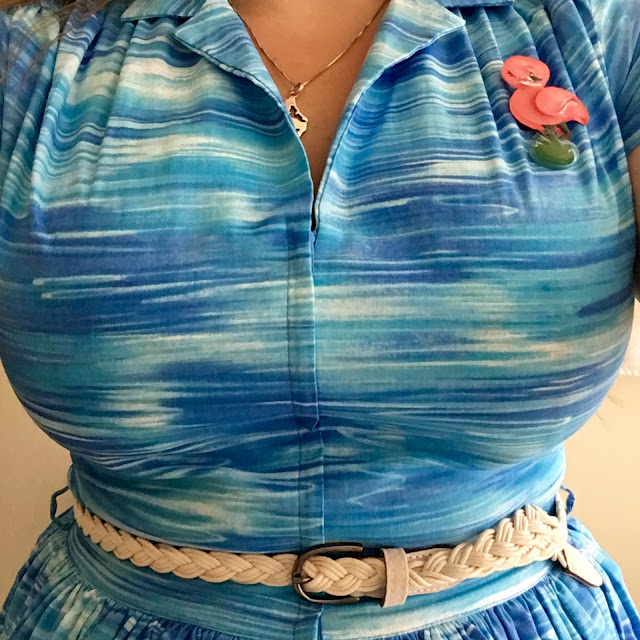 Since this is a lovely watery print, I decided to embrace the theme with my new flamingo brooch from Small Victories Handmade. Being a major strawberry fan, I'd been eyeing her hand-painted strawberry brooch for ages, and when I finally decided to go for it, I threw the flamingo into my Etsy cart to justify the overseas shipping (e.g. because I wanted it and needed to rationalize it somehow. Her shipping is actually quite reasonable!) Both brooches are absolutely lovely, and I'm so glad that I finally went for them after admiring/stalking her IG for ages! I rounded out the look with my three sparkly Atomic Lucite bangles and swanned about the grocery store feeling extremely pleased with my life choices. 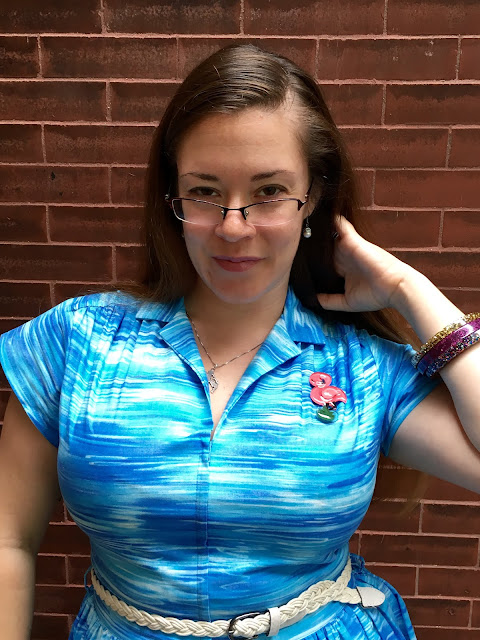 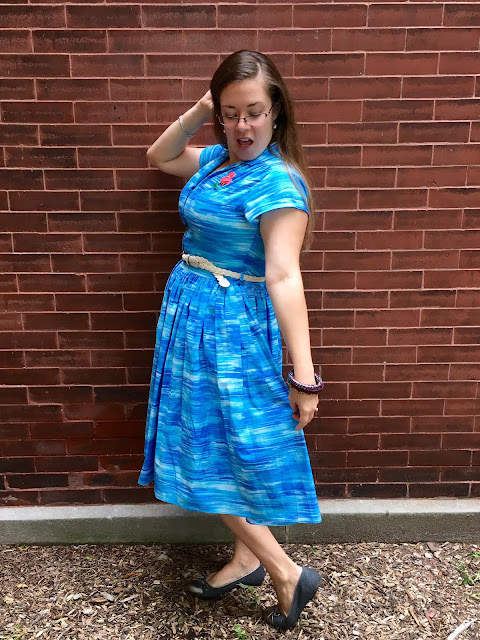 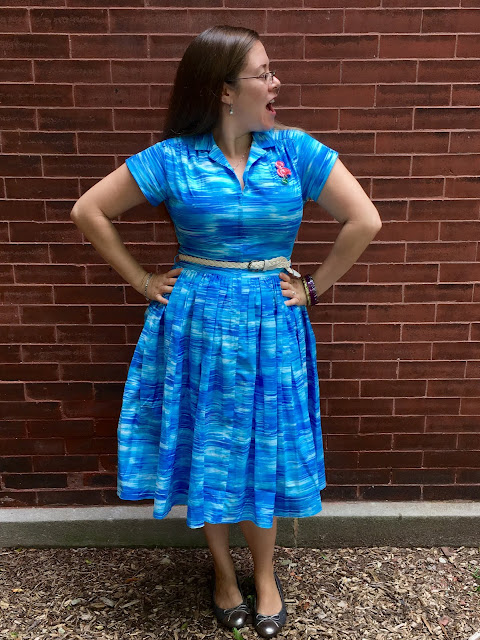 Have you ever fallen in love with a piece of clothing long after you first saw it? What did you do?