Red dresses are definitely the new Little Black Dress, at least for me. I have approximately one zillion red dresses, but when Pinup Girl Clothing announced that they'd be releasing their Harley dress in a perfect true red, I knew that number would jump to a zillion and one. 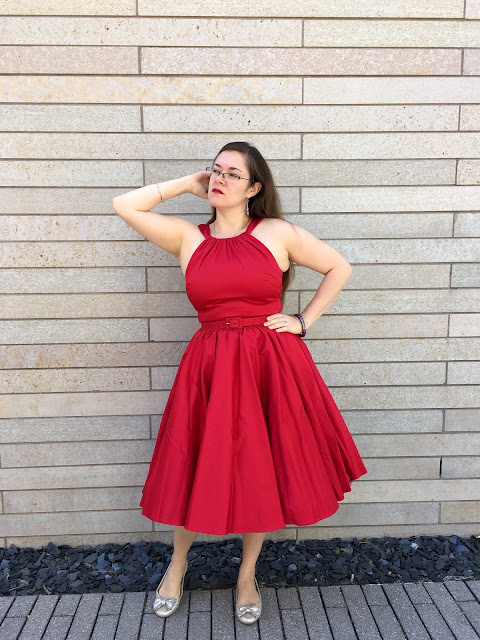 It's a familiar story by now: the first 50 or so times that I saw the Harley dress on blogs and social media, it did absolutely nothing for me. The 51st viewing knocked my socks off, though! I think it was the discontinued coral color that finally made me recognize the genius that is this dress. At that point, all of the available colors were sold out in my size, but I tracked down an olive Harley and eagerly awaited its arrival. If you caught last week's post on my first-ever photoshoot, then you know that the olive Harley story has a very happy ending: I love it!

Then came the restock announcement on the olive and blue versions, and rumors of a red Harley began circulating. The first photos surfaced. It hit the site and lovely ladies began posting photos of this perfect red dress. But for some reason, I waited. (Ok, I wanted to hear about sizing before ordering.) I dithered for so long that a site wide sale popped up, at which point I rushed to buy it, lest it sell out and I miss it forever.

I sized down to a medium in my olive Harley, on the theory that it's similar to the Heidi, and it fits quite well, if a bit snugly in the waist after a day of serious eating. With the new red colorway, I again went with a medium in both the dress and the top, and both fit perfectly. The best part of this dress (aside from how badass it makes my shoulders look, and how the full circle skirt twirls) is the enormous pockets that were added for the SS16 releases!

If the new mint tiki print comes in a Harley, I will very likely die of happiness! 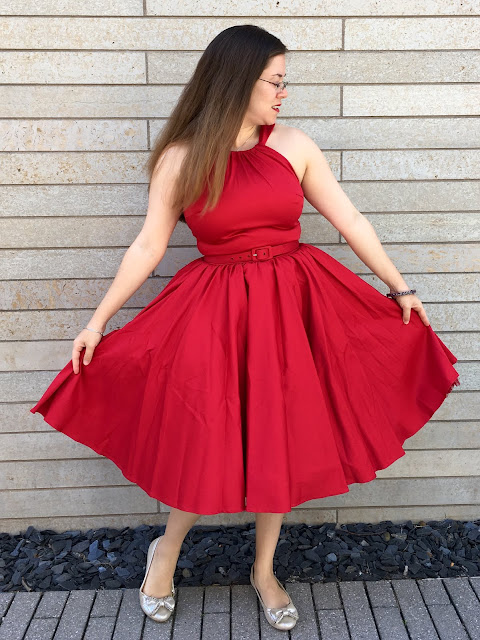 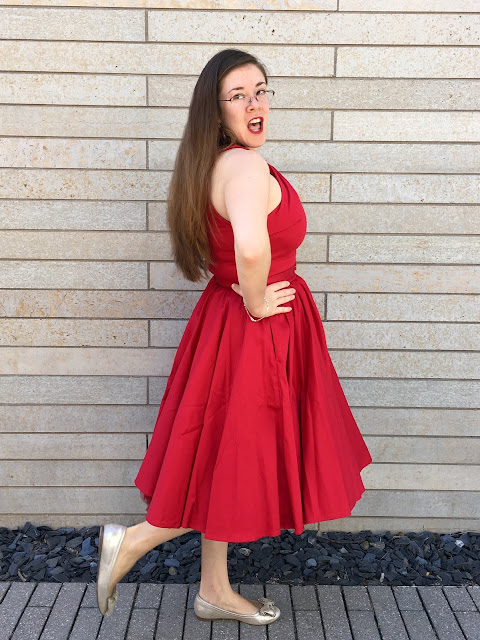 Is it seriously time for another haircut?!? 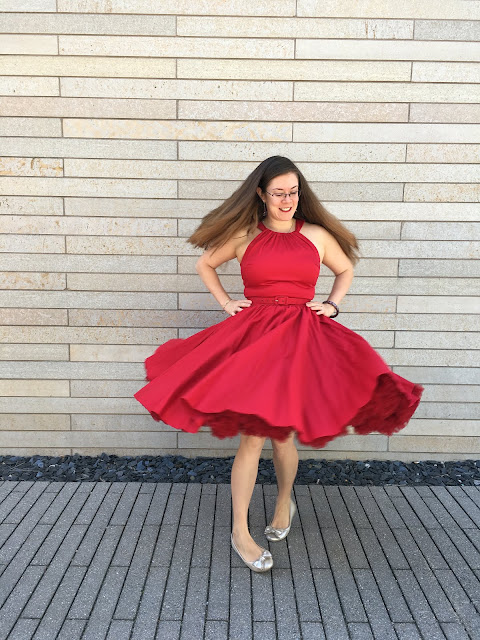 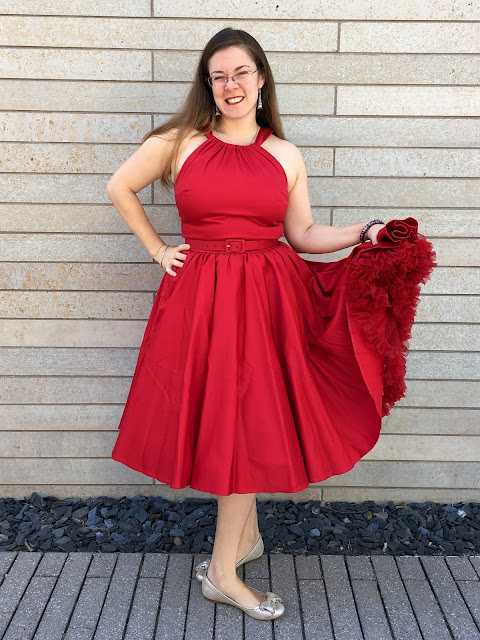 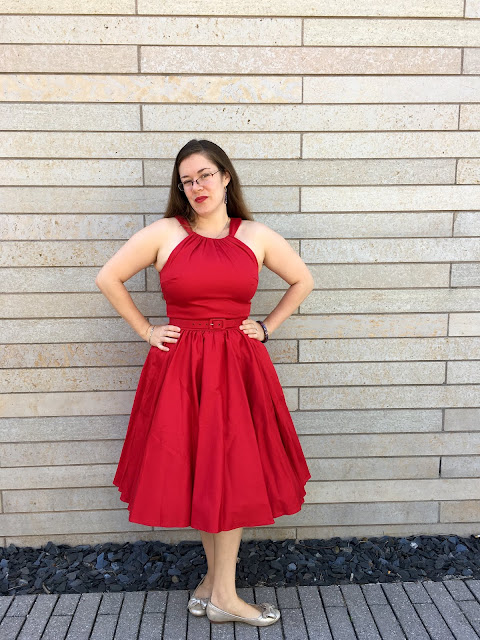 Now, you might be wondering why the title of this post refers to the Joker's girlfriend. I think my subconscious brought one of my favorite characters from Batman: the Animated Series to mind in order to remind me that Mark Hamill was the best Joker of all time. I am seriously always just blown away by his voice-acting talents, and I like that his Joker is unhinged but in a gleeful manner, rather than a 'watch the world burn' way.

I have an out-of-this-world post coming up on Wednesday, so stay tuned for a Very Special installment of one of my ongoing blog series! (Hint: it's all about one of my all-time favorite topics! Can you guess what it is?)

Facebook
Google Plus
Bloglovin'
Posted by Emily at 5:16 AM