This will not be a post about style. It was intended to be about a gorgeous dress, but I feel like I can't pretend that nothing has happened in the world and retreat into fun things that make me feel personally fulfilled, because a cavalcade of absolutely horrific crimes against humanity have occurred in the past few days and I will not be silent when silence entails complicity. I try to keep my politics off of my blog, but in this case, I feel compelled to speak. 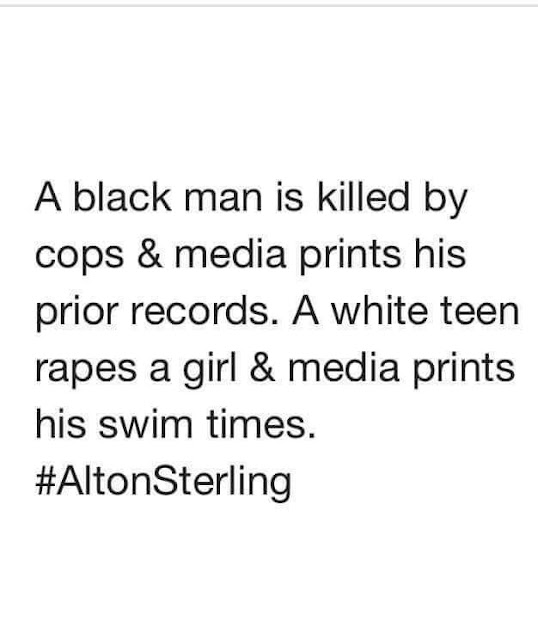 I can't stop coming back to this thought. A significant portion -- perhaps even a majority -- of Americans seemingly believe that if a person (of color) is convicted of a crime at any point in his/her life, then the police (or a white citizen) may summarily execute them at any moment for the rest of his/her life. Can you imagine what it must be like to live a life touched by the constant fear of violent execution and postmortem character assassination? To know that the first instinct for so many of your compatriots is to look for something salacious in the victim's past that they can trot out to 'justify' police brutality?

It should go without saying that this is bullshit, but even a cursory perusal of the internet shows that this very much needs to be said.

There are so many other things on my mind about this. I'm #wonderingnotwondering why the NRA and the Fox News crowd aren't decrying the murder of a small-business owner for having a handgun in a no-permit-needed state. I'm angry and sad that police shootings of black men have become so routine that there's barely a pause before the media/the Facebook commentariat starts whipping out the same racist tropes as last time. I need to find some constructive way to help.

Facebook
Google Plus
Bloglovin'
Posted by Emily at 7:30 PM