Among other things, in 2017 I'm working on appreciating what I already have, rather than going out and buying new things all the time. To document my efforts, I'm launching a new wardrobe-remix series on the blog, where I put a new spin on pieces I already own. My oranges-print Veronique dress from Bernie Dexter was the perfect first subject for this series, since I've had it for almost a year and was recently tempted to buy the same print in a long-sleeved shirtdress version. (I resisted! Geef me compliments.) 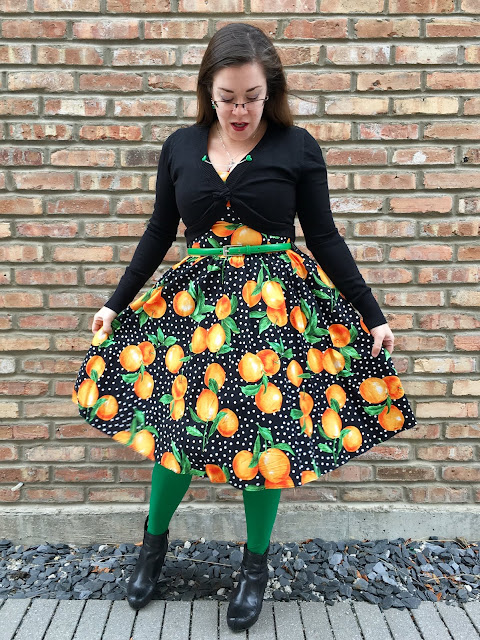 The last time I blogged about this dress was when I shared my bachelorette party in New York, way back in April 2016. I'd just gotten it at that point, and didn't have too many cropped cardigans yet, so I wore it with a black sweater, patterned black tights, ballet flats, the black belt it came with, and no petticoat. Since then, I've worn it with bare legs and no tights/petticoat in summer. I've also worn it to work with my go-to Bernie Dexter cleavage coverup: my kelly green cropped cardigan.


For the remix, though, I had three goals. First, I wanted to stay warm, so I chose one of my puffiest petticoats and thick, opaque tights. Second, I wanted to accent with green, so I chose my green Femme De Bloom sweater guards and a bright green belt from Amazon to go with my tights. Finally, I wanted to debut my new Voodoo Vixen cardigan, which is gorgeous and soft and perfect with a swing-skirted dress. This cardigan has the happy side effect of making this outfit work-friendly! 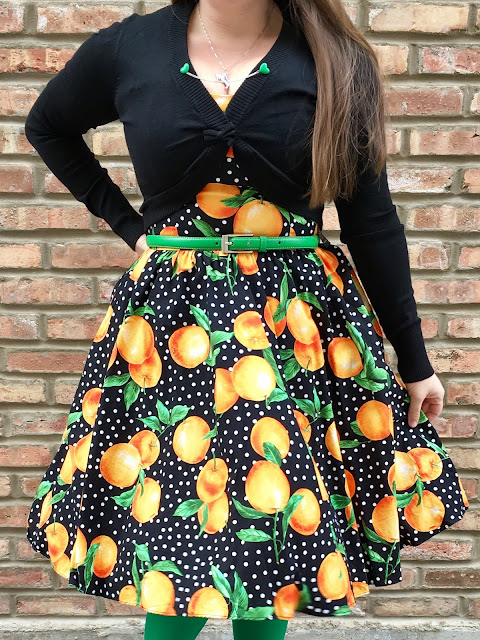 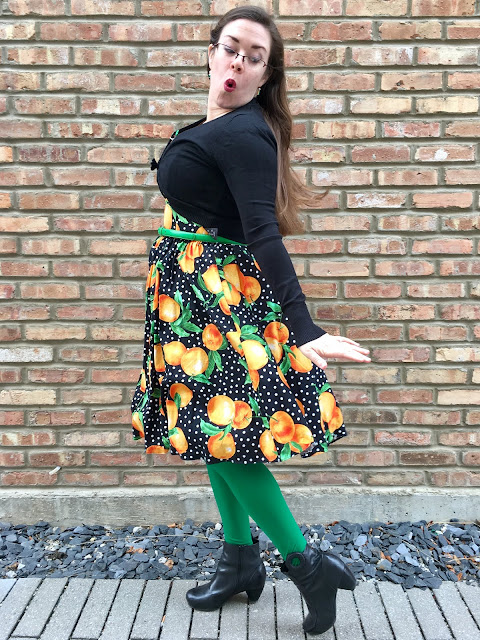 Even the fluffiest petticoat is smashed by the mighty Chicago wind. 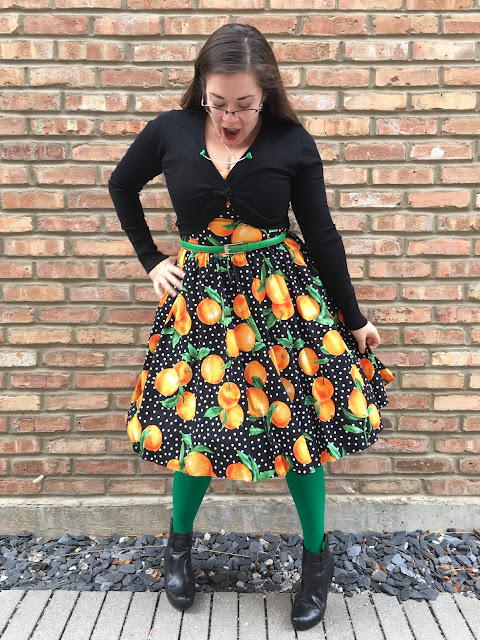 To finish the look, I went with my elf boots (not their real name, but the name I've taken to calling them, because seriously look at them: they belong in Rivendell!) and actually took the time to do my eyebrows. I went with a rich berry lipstick instead of a screaming-hot fire engine red, ran outside to do the world's quickest, chilliest photoshoot, and was on my merry way! 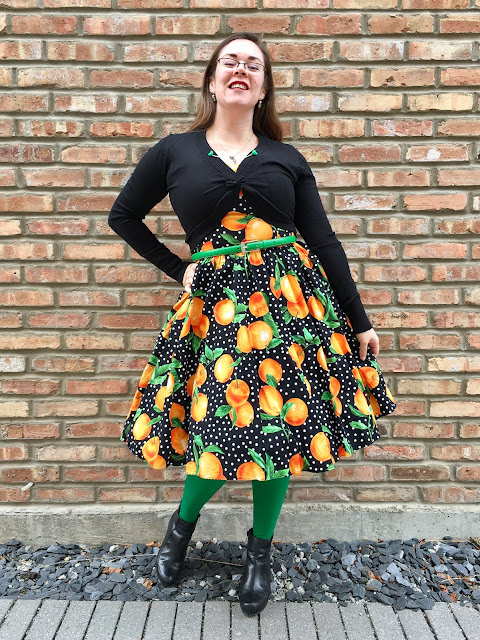 So there you have it: my first outfit remix! How would you style this dress differently?

Facebook
Google Plus
Bloglovin'
Posted by Emily at 5:30 AM