By the time you read this, I will (hopefully) be in Cambridge, England, but for once in my life, I've tried planning this blog ahead, so I'm writing this when I really ought to be packing.

Believe it or not, this is not my first blog. Way back in the day, I had a Livejournal, in which I posted snippets of conversations, Pointedly Cryptic Thoughts, song lyrics, and a smattering of pretentious garbage. The other night, though, I remembered my other blog: the one I kept during my semester in Japan over a decade ago. On a whim, I decided to see whether it was still there, and miraculously, it was. Epic travels down Memory Lane ensued. 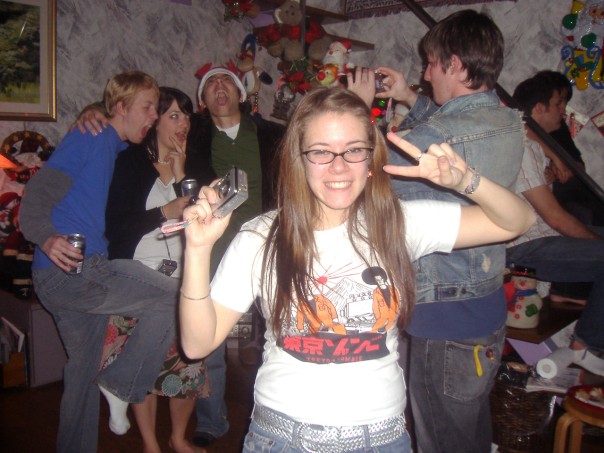 December 2005. Look at the size of that digital camera!
My semester in Japan was a three-month bacchanalia of karaoke, adventuring, cross-cultural (mis)communication, ridiculous nickname-giving, unforgettable moments, and rapid, intense personal growth. Studying abroad is like summer camp on steroids. Everything (interpersonal relationships/friendship formation, your sense of how quickly you are changing as a person, etc.) feels like it's twice as intense and permanently set on fast-forward, and after you've returned home, you marvel that everything you did and experienced happened within an objectively short period of time. 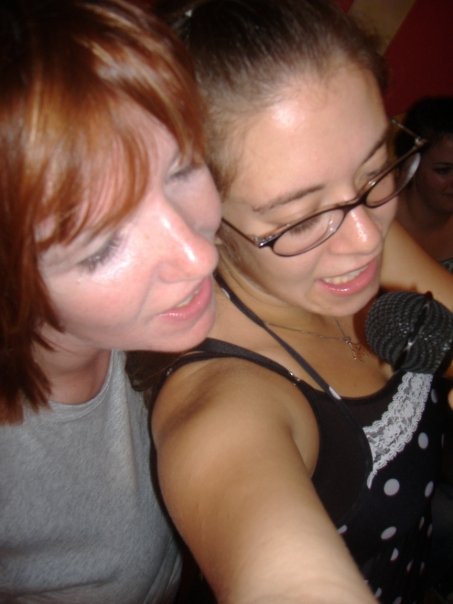 There's a 90% chance that we were singing Bohemian Rhapsody. 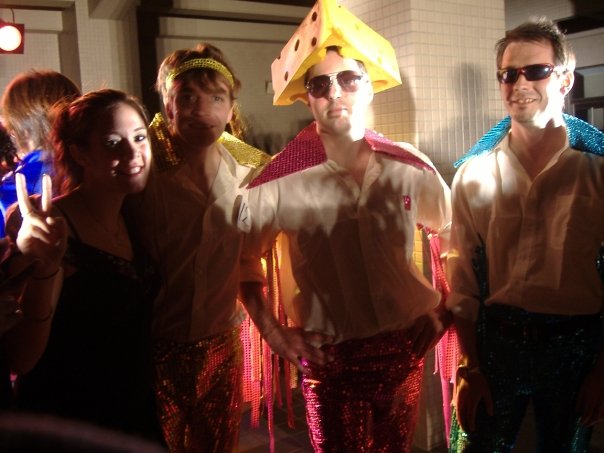 Me, with some of the professors at my Japanese university at a school-organized event. Japan is awesome.

For me, Japan was the first time I truly adulted, as well as one of the last times that I truly felt free to have a vacation from obsessively planning my future and striving toward my long-range goals. Without the experience of living on the opposite side of the world from everyone and everything I'd ever known, I'm not sure I could have moved to Los Angeles for grad school. I grew up in a smallish town near most of my extended family and went to college barely an hour away. The prospect of being 15 hours away from home by plane was daunting, to say the least. (More accurately, I was a horrendously unpleasant person to be around for months before I left, because I was terrified and anxious that Something Bad Would Happen while I was gone. Nothing did.)

So what made me actually take the plunge? Well, like so many other things in my life, it started with a book. When I was five or so, my great-aunt found a book called Emily-San at a tag sale and gave it to me. It was written sometime during the postwar American occupation of Japan, had a glossary of Japanese words, and (in retrospect) was probably somewhat culturally insensitive/borderline offensive, but I was obsessed. My mother read it to me, then I reread it over and over. I memorized Japanese phrases, which I pronounced very badly. In short, the seed was planted.

Fast forward thirteen years to my college orientation. One of the scheduled activities was a Spanish/French placement test, but I wanted to explore the town during that time. The only way out of the test was to sign up for a different language, so I perused the list, saw that Japanese was an option, briefly flipped out with excitement, signed up, and went off to wander around. I was definitely the only person in any of my Japanese classes with zero interest in anime beyond the dubbed Sailor Moon episodes of my youth. As soon as I found out that my college had a study-abroad program in Japan, I started planning for it, and in my junior year, it was time!

Spending a semester abroad was an incredible luxury: I know I was so fortunate to have the ability to seize the opportunity. And as worried as I was about being crippled by anxiety the entire time I was there, I actually found that the experience forced me to confront my fears and learn better coping methods.

I'm dying to share some of the more off-the-wall tales from my time in Japan, but this post is already approaching novella length! Perhaps I'll write about them in future posts. Thanks for letting me reminisce about the good things that happen when you chase your scarier dreams.

If you could travel anywhere in the world, where would you go?

Facebook
Google Plus
Bloglovin'
Posted by Emily at 3:29 AM