Black in Black (Spanish Fans, That Is)

As you might've gleaned from previous posts, I'm a major creature of habit. In fact, right before I started writing this post, I was reminded of that fact. Jeff and I were debating whether to watch a movie, and while I've had The Sting on my 'movies to see' list for literally years, when it actually came to the point of possibly watching a movie I'd never seen, I hemmed and hawed and finally said I'd rather watch Star Wars.

The weird thing about it, though, is that I'm generally glad I watched a new movie/listened to a new album/read a new book after the fact. Take, for example, my embrace of all things colorful after about a decade of monochromatic clothing. I wore nothing but black dresses for years, yet now when I look in my closet, I just don't gravitate toward them. The exception is this fantastic, new-to-me Heidi dress from Pinup Girl Clothing. 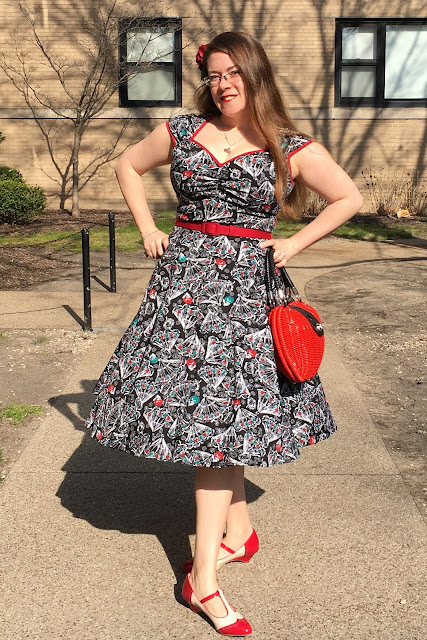 This particular dress has been out of production for a while, but I was lucky enough to run across one on Depop for a great price. I've written about my love of the Heidi dress before, and I'm basically on a mission to collect as many of them as I can. This Spanish fans print is basically tailor-made for me, since it's black and white and red all over.

However, it also has hints of blue (gasp!) which was my least-worn color for basically forever, so it took a while for this print to grow on me. Once it did, though, I fell hard for my new dress! This is my general pattern when trying new things, as summed up in this screenshot: 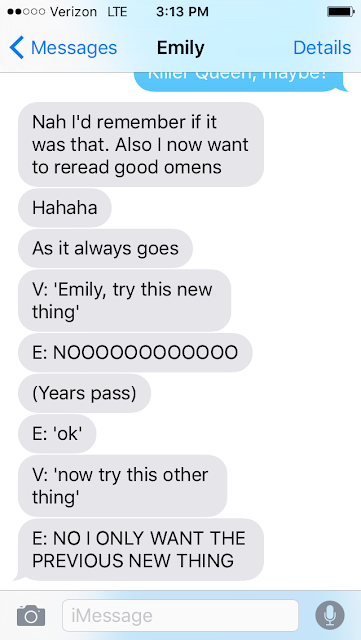 Screenshot courtesy of my sister. Thanks, Ronnie!

As you can see, for me, trying new things involves years of progressively less gentle encouragement. Given how much I'm enjoying new things in the world of style, like pattern-mixing and All the Colors Ever, though, I'm hopeful that it'll keep slowly getting easier. 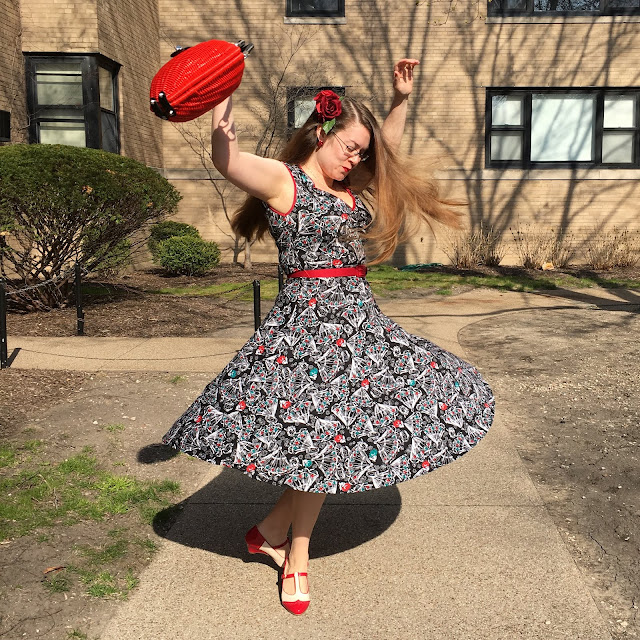 If you think this is a crazy shot, you should see the outtakes! 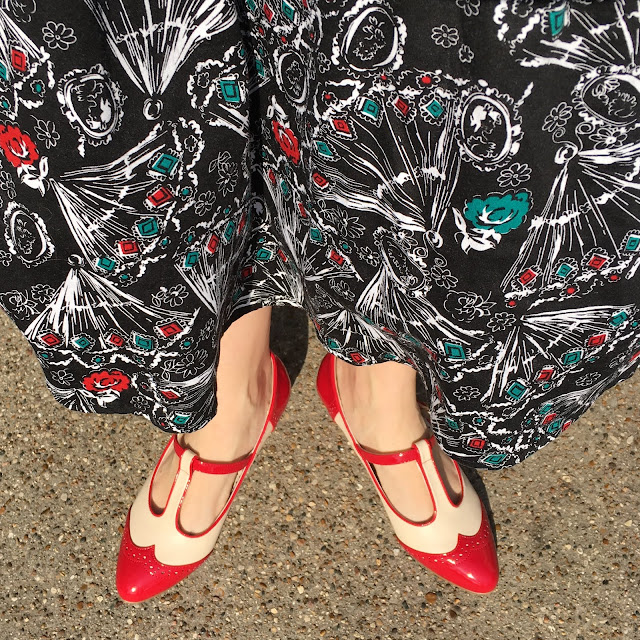 This dress was born to be worn with red shoes! 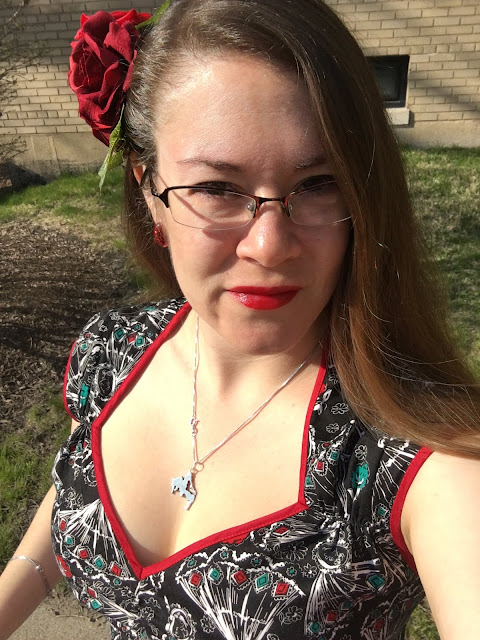 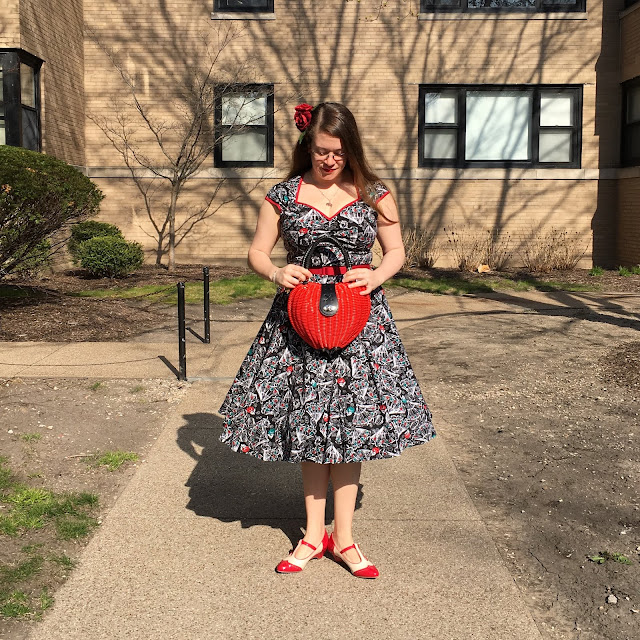 Alright, I'm off to watch The Sting. Wish me luck!

Are you a creature of habit, or do you hate doing the same things over and over?

Facebook
Google Plus
Bloglovin'
Posted by Emily at 5:08 AM