Red, White, and Hearts and Found

Happy Fourth of July, everyone! I've honestly felt more conflicted than usual about celebrating the Fourth this year, and I wasn't even sure if I wanted to mark the holiday with a post. As I said last year, I'm not much of a flag-waver. 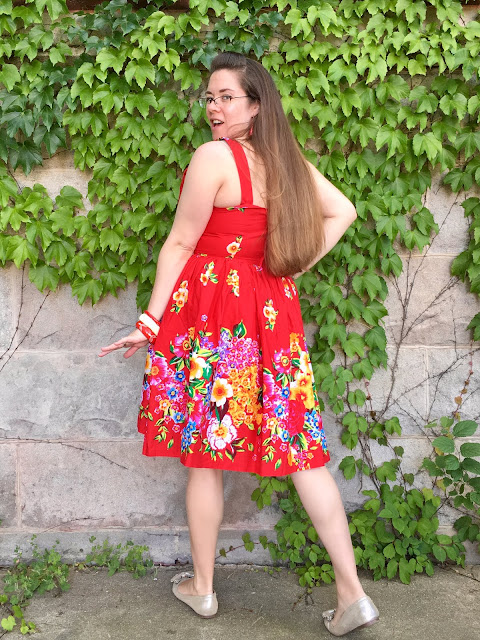 Please note: space-exploration-related anniversaries are the exception to this rule. Seriously, folks, just think about humans landing on the moon and try not to feel proud of what our society was once able to accomplish! And don't tell anyone, but whenever I listen to the Apollo 8 Christmas broadcast and think about what it meant to the Cold-War-era world at the end of a very tumultuous 1968, I might just tear up.

But given everything that's happened in the ensuing year (read: Tr*mp's election and resultant international embarrassments, policy missteps, and general coarsening of public discourse), I'm even more convinced that constructive dissent, rather than blind adulation, is the correct stance for me to take.

I've written quite a bit on my feelings about our current president, so I won't belabor the point once again here. Instead, I'll try to be constructive and focus on what I think we can all do as individuals to make America a kinder, more welcoming place again. 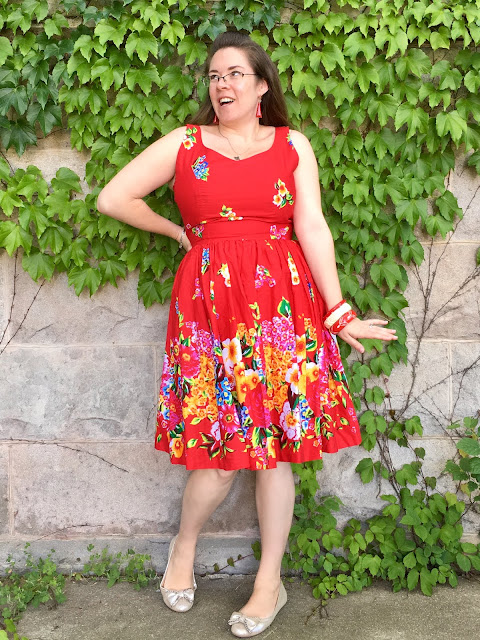 This is my most welcoming face!

First of all, if you don't like some proposed policy, call your representative! It literally takes less than a minute to call and tell them what you think about the Muslim ban/voter-intimidation efforts/proposed cuts to Medicaid/removal of protections for preexisting health conditions. If you don't know who to call, just call the Capitol switchboard at (202)224-3121 and they'll connect you to the right office!

Second, practice civility when you debate with others. Don't stoop to the level of a Twitter troll! Instead, ask questions and listen to find common ground. If you can't find it, cut your losses and move on.

Third, find a cause you hold dear and volunteer your time to make a difference! In this era of budget cuts, it doesn't have to be about an obviously political cause, either. Are you an animal person? Go volunteer at a shelter. Do you like making people happy? Sign up to visit a nursing home!

As for waving the flag: it still isn't my thing, and probably won't ever be. But at the very least, here I am in a red dress with a bit of white and some blue accents. 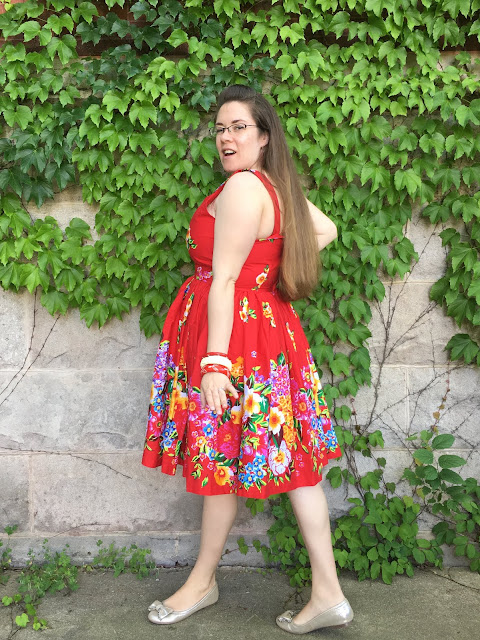 This outfit isn't quite up to the red-white-and-blue level of last year's Fourth of July outfit, or even the nautical-meets-patriotic look from Election Day, but I truly adore this dress. It's the Elizabeth from Hearts and Found in the Russian Red folk border print, and as vibrant as it looks in photos, that's nothing compared to how lovely the colors are in person! I'm honestly tempted to get this same print in a skirt, because it's that pretty.

I'm eagerly awaiting my most recent Hearts and Found order, and already thinking about what I'll get next. Maybe a halter, for general ease of wearing while breastfeeding? Maybe a gathered-bust dress, because they're pretty? Let's be real: most likely I'll order both! 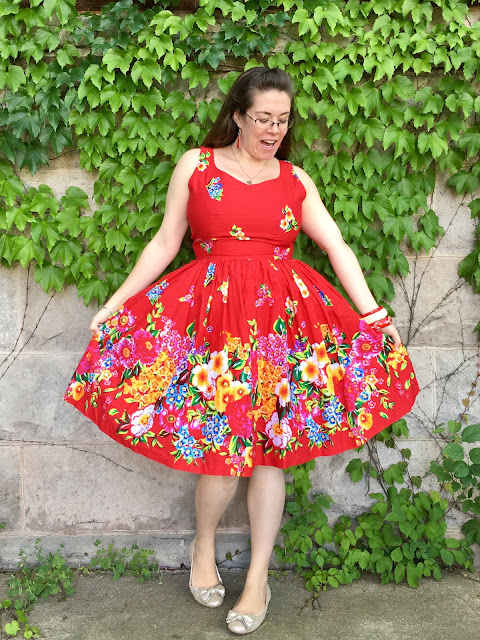 I hope all of you have a lovely Fourth of July, and if you've got any exciting plans, please leave me a comment and let me know what you're up to!