If you're a regular reader of this blog, you might've noticed that updates have been a bit thin on the ground for the past couple of weeks. What can I say? Life comes at you pretty fast sometimes, and truthfully, it's been a little hard to sit down and write a post about style when it feels like the entire planet is imploding.

Since I haven't wanted this blog to be a giant Debbie Downer, this means I have loads of half-written screeds against the Muslim Ban/non-intersectional feminism/anti-science people sitting on my computer, waiting till I find a way to frame them constructively. (I'm also sitting on one very silly story that feels a little too out-of-touch with reality to post, but I'm hoping I get there soon!). 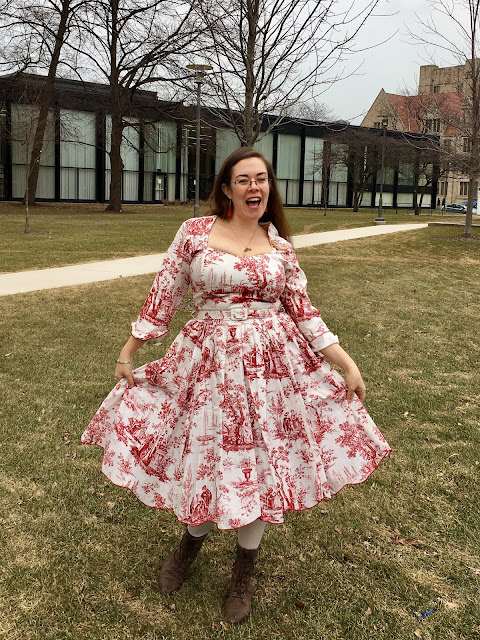 So, rather than forcing myself to write something that doesn't feel right, I thought I'd give you a little update on what I've been doing since the New Year started.

In my New Year's Resolutions post, I put my pack-rat ways on notice. While I haven't exactly succeeded in my shopping ban, I've cleared out a *lot* of stuff from my closets and unearthed my futon from a mountain of clothing. I'm gonna call this progress, and keep working on the shopping side. 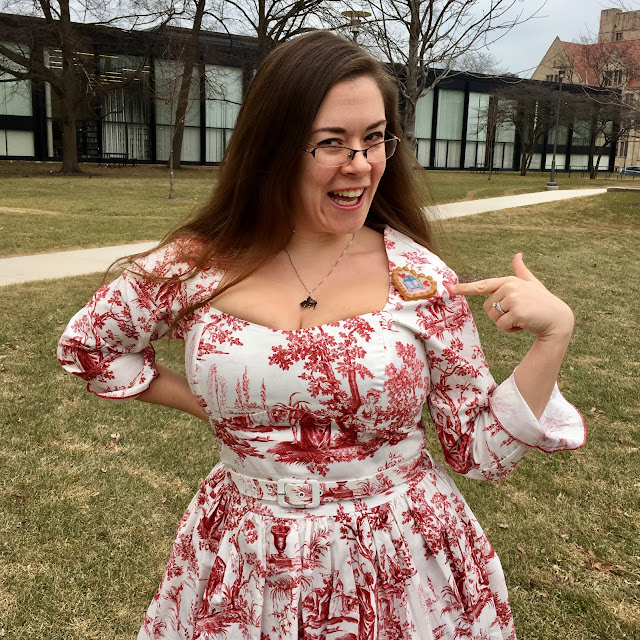 On the bright side, I rediscovered the dress I'm wearing in these photos, so I'd call all those hours spent organizing time well spent. Toile + Bernie Dexter = a particular weakness of mine. This dress and my new Atomic Lucite brooch are perfect for Valentine's Day!

My college roommate Heidi came to visit me in Chicago for the first time, and we ate pizza, made noise, and had adventures! We planned her visit shortly after the election, and having her here for inauguration weekend was definitely a good call. 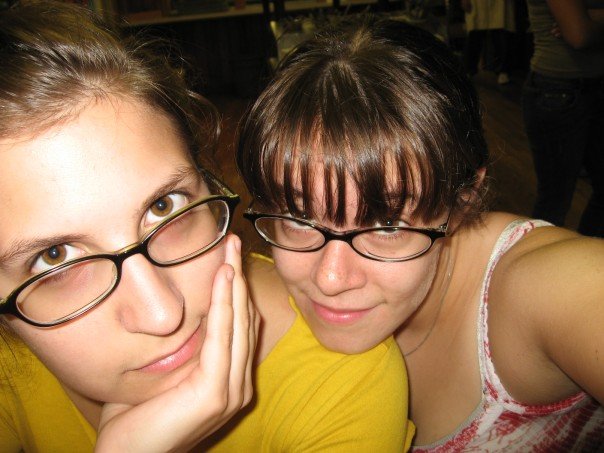 This photo was taken almost a decade ago. Lifelong friendships are awesome! 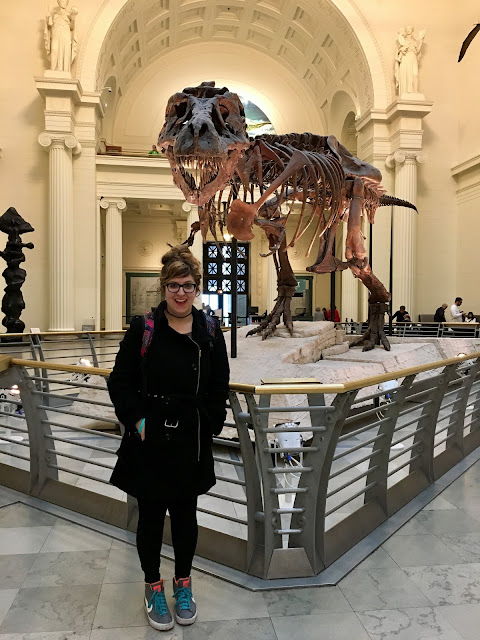 We marched, we tripled (at least!) my lifetime Uber ridership, and we saw Hidden Figures (10/10 would definitely watch again.) We also ordered ice cream at 11pm because Heidi is amazing at figuring out the impossible, and I watched her band's music video over and over because it is amazing!

I'm a card-carrying brooch-wearing feminist, so you'd better believe I was at the Women's March in Chicago the day after the inauguration. It was the most people I've seen in one place since the anti-war protests in New York City in 2003, and it really is incredibly inspiring to see how many people are willing to take to the streets to register their opposition to our racist/sexist-in-chief. 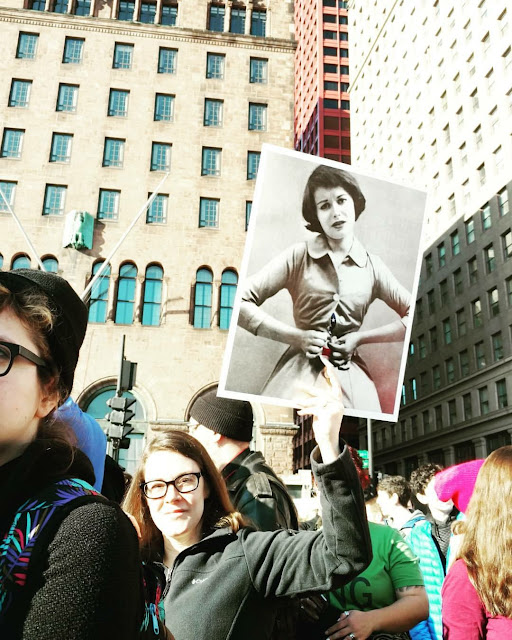 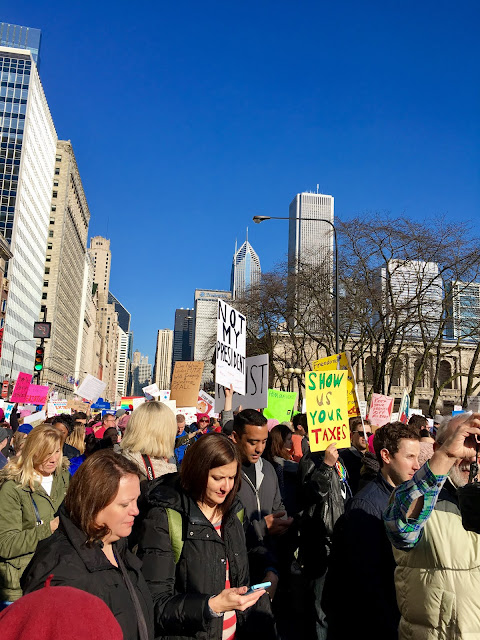 On Michigan Avenue, right by the Art Institute

I've been really down over the election, and increasingly anxious about the dangerous mixture of maliciousness and incompetence that's taken residence at 1600 Pennsylvania Ave, so this couldn't have happened at a better time. After the march, I felt much more energized to get involved in all the small ways I can. After seeing the importance of using the courts to check Trump, I'm planning a donation to the ACLU on payday, and I encourage all of you who value Constitutional rights to do the same.

4) The mother of all colds

The last thing that's thrown off my usual update schedule is sort of a silly one: I've been under the weather. All those nights of lousy sleep finally caught up to me last week, so I've been resting since Thursday afternoon to try to beat this cold before the workweek starts. This afternoon was the first time I'd left the apartment since Thursday, and I must say, it felt nice to put on a dress and twirl around a bit!

So that's what I've been doing recently! What do you all think: is it odd to write about style when you're completely consumed by current events?

Facebook
Google Plus
Bloglovin'
Posted by Emily at 1:14 PM

Email ThisBlogThis!Share to TwitterShare to FacebookShare to Pinterest
Labels: Bernie Dexter, dealing with anxiety, life, pinup style, what I wore