Every once in a while, I realize that for all my efforts to see major landmarks and local attractions, I've been missing out on a major one. (This is why I went to the Bronx Zoo for the first time at twenty years old, despite living forty-five minutes away, and why I still haven't seen the Statue of Liberty up close.) Recently, our Chicago staycation adventures took us to one of the most glorious places I've yet seen out here: Lincoln Park and its famous zoo! 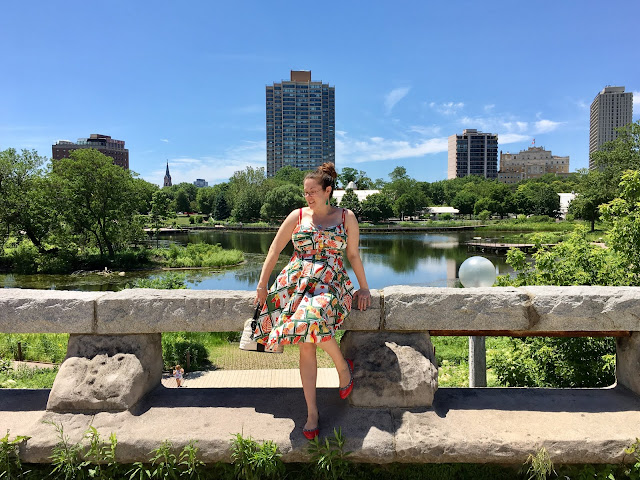 For the first time in a while, we had absolutely perfect weather, so I went with a super-comfy new Collectif dress. I was so happy when this dress arrived: it's got my favorite shade of green in it, and the print and big wooden buttons are just so fun! It was perfect for all-day wear that included a massive dinner of Polish food. I sized up to the large, thinking it would make an excellent summer maternity dress, and because of the elastic back, I still have a little room to grow from 41"-33ish". 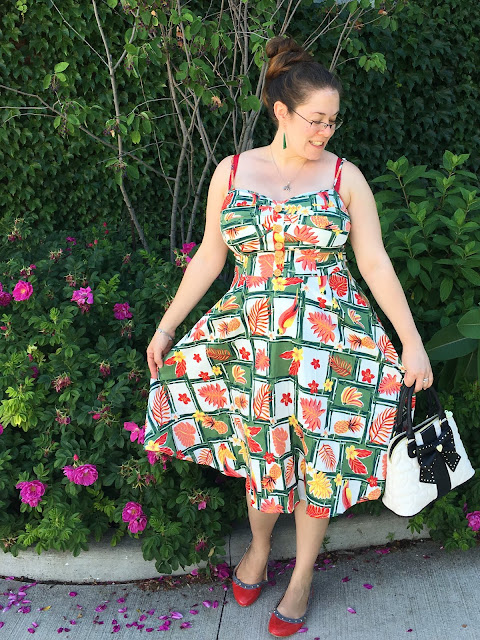 The wildest part of this outfit, though, is what I'm not wearing: makeup! This is a first for the blog: I don't think I've ever posted photos of myself without a stitch of makeup before. But when I got out of the shower that morning, we had exactly twelve minutes before we had to leave for the train, so I opted to forgo makeup rather than wait twenty more minutes for the next train. I'm thinking I'll need to write a post in the future about going makeup-free!

I've waxed semi-poetic about Chicago's incredible green spaces before, but for all my talk of Grant Park and Museum Campus, I was utterly blown away by Lincoln Park. It's just so beautiful and pastoral, like a flat, Midwestern version of the opening of the Sound of Music. And the best part? Admission to the zoo is FREE. No, you're not seeing things. It doesn't cost a penny to go to the zoo here!

Our first stop, of course, was the statue of Abe Lincoln. It was moved to the park in the 1990s, I believe, most likely to prevent wiseacres like me from going on about how there was no statue of Lincoln in Lincoln Park. 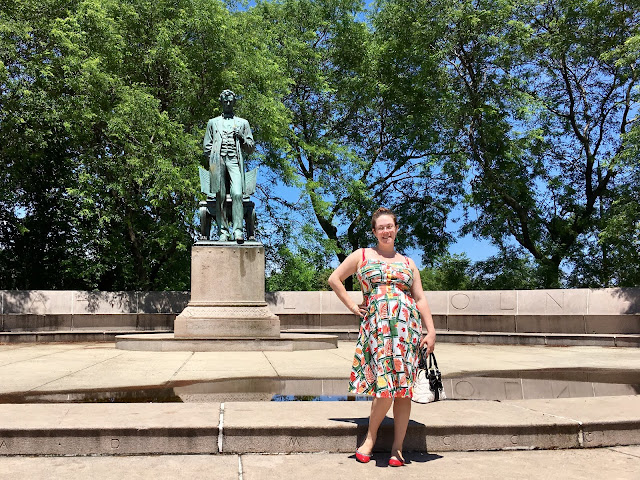 I look so tall! Perspective is everything. 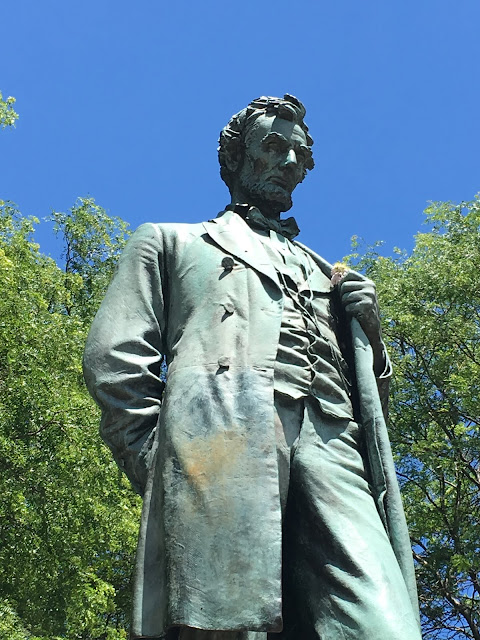 Someone had put flowers in his hand!

After paying our respects to Mr. Lincoln, we moseyed on through beautiful fields and across the park, stopping as often as Jeff would tolerate for more photos. Even though the eastern edge of the Park runs right up to Lake Shore Drive, a major thoroughfare, it was still peaceful and relaxing to walk along the east side and take in the views of Lake Michigan, the skyline, and the small ponds here and there. 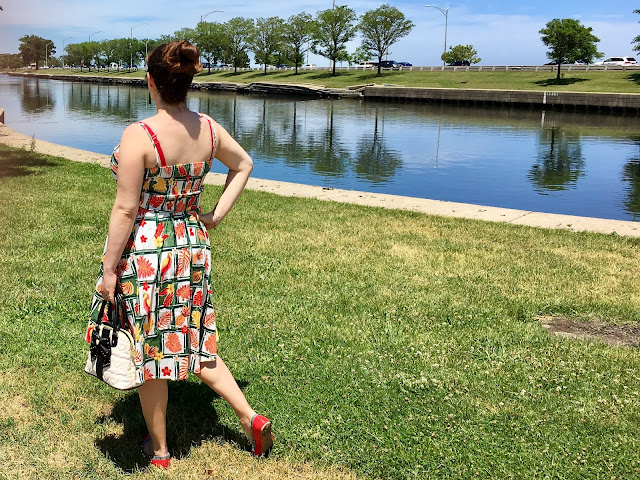 On our way through the zoo's parking lot, I spotted a majestic statue from a distance. Lo and behold, we'd found the statue of Ulysses Grant. (And no, I'm not sure why this one isn't in Grant Park.) Eight-year-old me would've had an absolute field day playing hide and seek around the base of this statue! 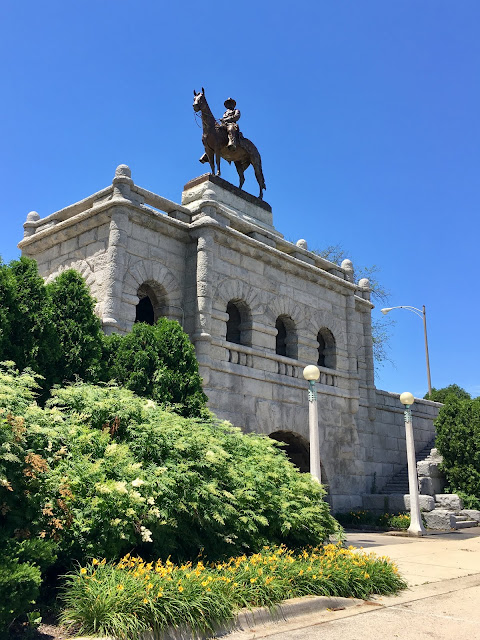 We finally arrived at an entrance to the zoo, which was handily located right next to the zebras! They had a week-old baby zebra and I couldn't stop talking about how cute it was! Apparently it was three feet tall and 100 pounds at birth, which makes me feel a lot less sorry for myself about having to deliver a human baby in a few months. 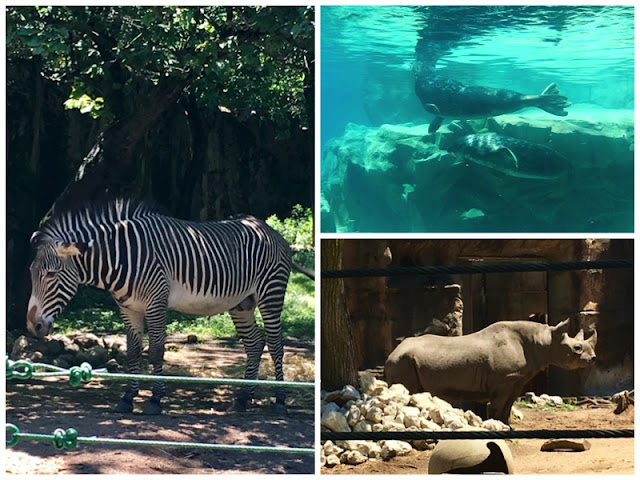 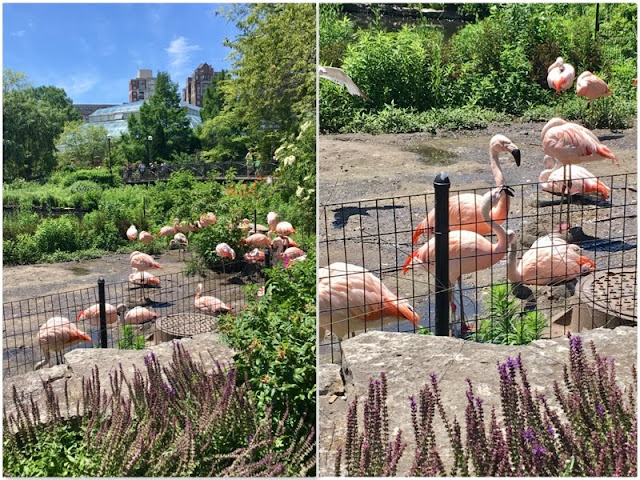 Other favorites at the zoo were the flamingos (because DUH), the rhinoceros, and the sea lions. We walked around the four polar bear viewing spots a couple of times, but only managed to catch the briefest glimpse of one, so obviously we'll be going back again!

I could not get over how beautiful the zoo was. The landscaping there is really well thought-out and just so serene! I loved all the trees (and the shade they provided!) and of course the flowers caused Much Squealing. 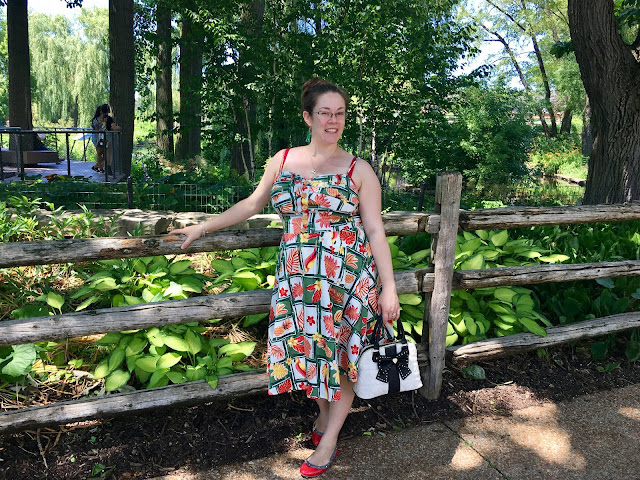 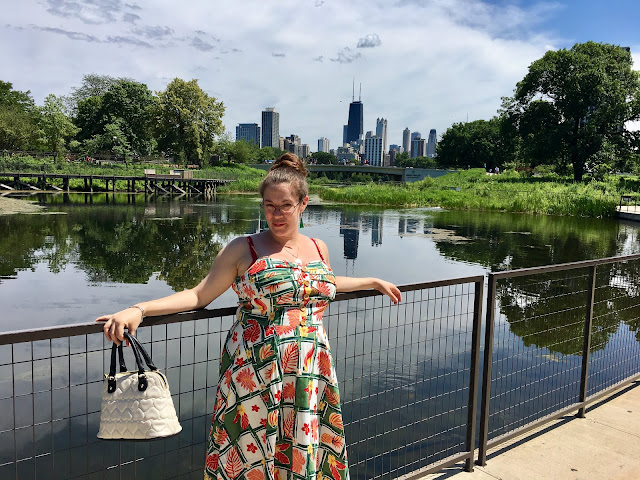 We spent a few hours at the zoo, which definitely wasn't enough time to see everything, but we also had to make our way to the Chicago History Museum before it closed. With enough sunscreen, you could easily spend the entire day having fun at the Lincoln Park Zoo! What are your favorite animals to visit at the zoo?

Facebook
Google Plus
Bloglovin'
Posted by Emily at 6:08 AM