Babymoon: A Walk in the Park

I'm still playing catch-up in the ongoing quest to document all my Chicago adventures, so it's time for another installment of food-and-sightseeing Stuff We Did. Jeff and I enjoyed last year's staycation so much that we decided to revisit the idea for a mini-babymoon last month. Needless to say, our babymoon itinerary was all about good food and interesting local destinations, and we started off on a high note: with Frontera Grill and some relaxed sightseeing around downtown Chicago. 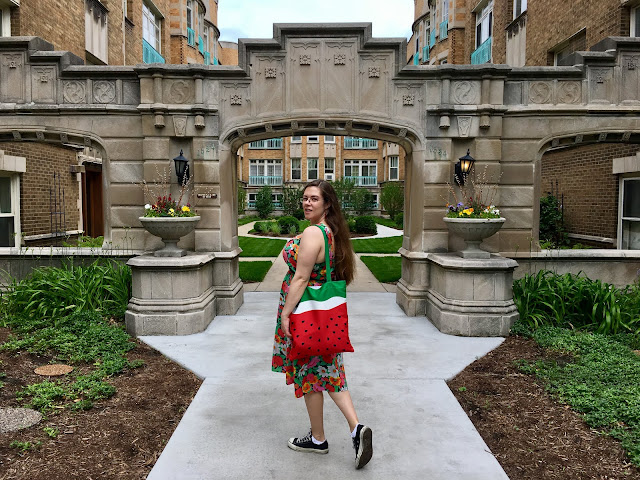 Recently, I've been super into two totally unrelated things: the American Civil War and true vintage. (You'll see in a moment that this isn't quite as big a non-sequitur as it seems.) First, the less surprising one: true vintage clothes. My trip to Vintage Garage Chicago in May sent me down a veritable rabbit hole of trawling Etsy and Facebook swap/sell groups for larger-sized midcentury vintage, and I've found some nifty pieces since then.

I know this vintage dress isn't midcentury, but I nabbed it all the same because the print is lovely and colorful! It seemed like the perfect summer sundress that would accommodate my baby bump and keep me cool. After road-testing it on a rather hot day, I'm happy to report that I made the right call! 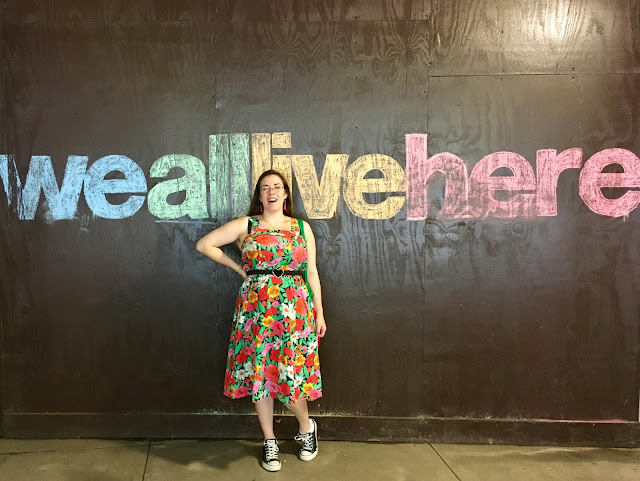 As for the second of my recent interests, the Civil War: Jeff and I have become the sort of married couple that sees PBS programs as a legitimate source of entertainment. The Civil War is to Jeff what the American space program is to me: a childhood fascination that still holds our interest. So when PBS aired the remastered version of Ken Burn's classic Civil War documentary a while back, we DVRed it for future viewing. Well, the future became the present starting a few months back (try that sentence on for logical size!), and I found myself getting more and more engrossed as the series went on.

We finished watching the entire thing recently, so to fill the post-Civil War-viewing-sized void in our lives, we wound up watching a show about the history of Chicago's lakefront. I lost my mind every time they talked about the Museum, of course. But what really grabbed our attention was when the host explained that Chicago's statue of Ulysses Grant is located in Lincoln Park, while its statue of Lincoln is located in Grant Park.

Grant Park, eh? Why, that would be a lovely place to spend a few hours of our staycation! And after spending 11+ hours learning about how badass Mr. Lincoln was and admiring his craggy brows and steadfast commitment to union, I wanted to pay his statue a visit. It would be the perfect thing to do before dinner at a fancy Mexican restaurant in River North!

Day One of Staycation 2017 was thus planned as a fortuitous convergence of TV-inspired ideas and things we enjoyed last year.

After a quick lunch at a diner near the southern end of Grant Park, we split one of my favorite donuts of all time. Stan's Donuts is a veritable institution in the UCLA neighborhood I used to live in, and they have a Chicago outpost that's even better than the original, so of course I dragged Jeff there for a pistachio-lemon donut! 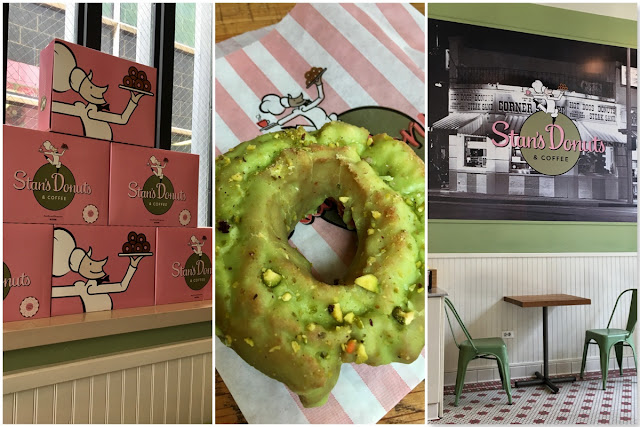 Donuts safely ensconced in our bellies, we set out for a leisurely stroll through Grant Park. For those of you who don't live or work in downtown Chicago, Grant Park is one half of Chicago's Central-Park-like green space on the lakefront. 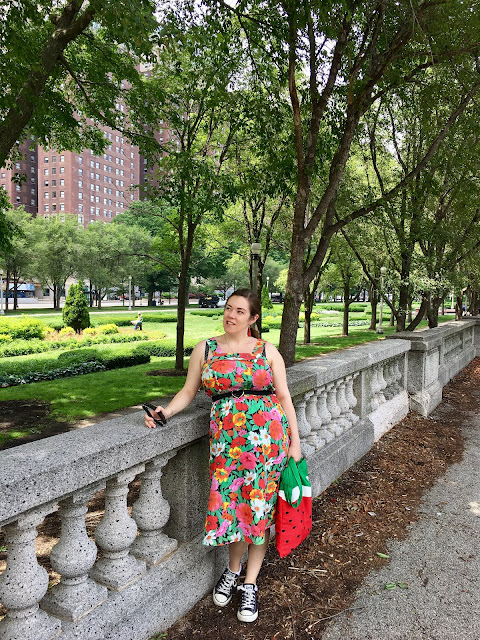 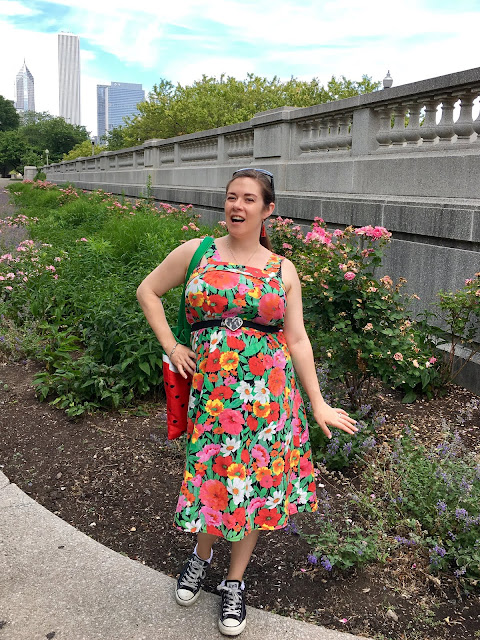 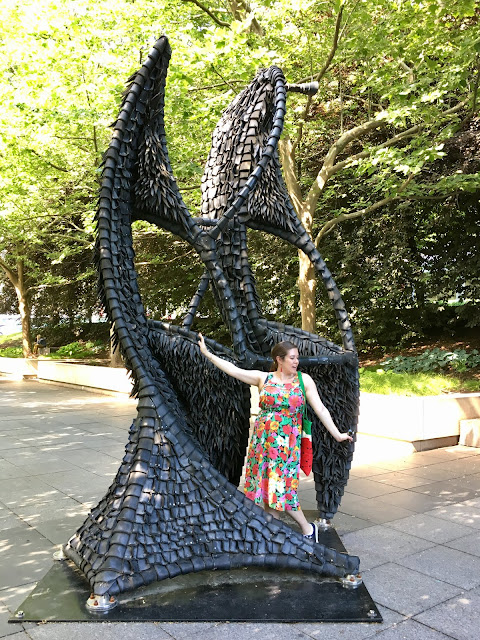 Located just south of Millennium Park (home of the famous bean sculpture), it's full of trees and sculptures, a small skate park, the fountain from the credits of Married with Children, and lovely walking paths. It's surrounded by Chicago's beautiful skyline, which means it's the perfect mashup of nature and city life. 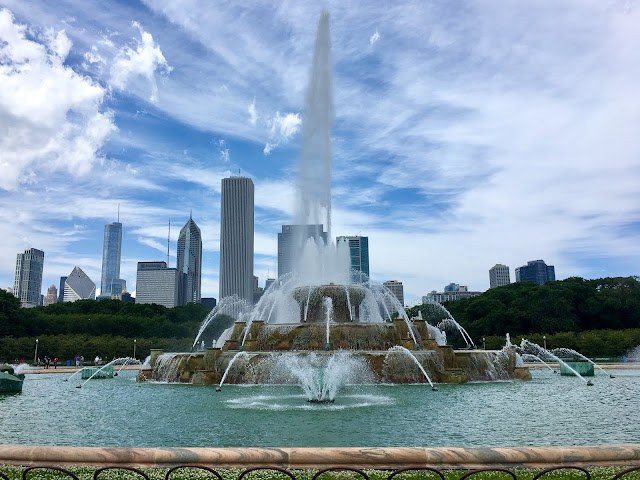 After singing 'Love and Marriage' (the theme from Married with Children, as any 90s kid will undoubtedly remember) in front of Buckingham Fountain, we finally saw Mr. Lincoln's statue. He was just as craggy of face and weighed down by the burdens of history as he is in the photos, and it was actually an oddly moving experience. We sat for a bit and chatted about the Civil War, and I privately resolved to buy the miniseries on DVD for Jeff when we give up our DVR. 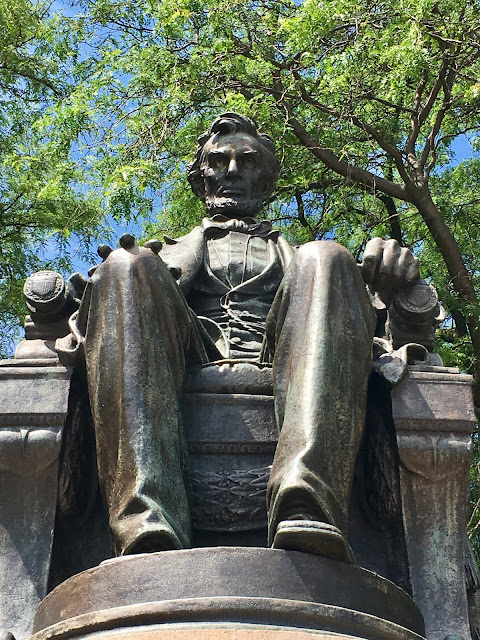 As I write this, I'm actively struggling to keep from whistling the theme from the miniseries. It's a bit of an earworm!

Anyway, we worked up quite an appetite walking around, so by the time we headed over to Frontera Grill, I was more than ready to eat! They have a bit of an unusual system for seating people there: they take very few reservations per day, and don't start seating people until 20 minutes after the doors open for dinner. Since it's a rather popular restaurant, it's worth getting there about half an hour early and waiting in the line that inevitably forms, just to make sure you get a seat and don't have to wait around for ages for a table (read: go to a nearby bar and order drinks). 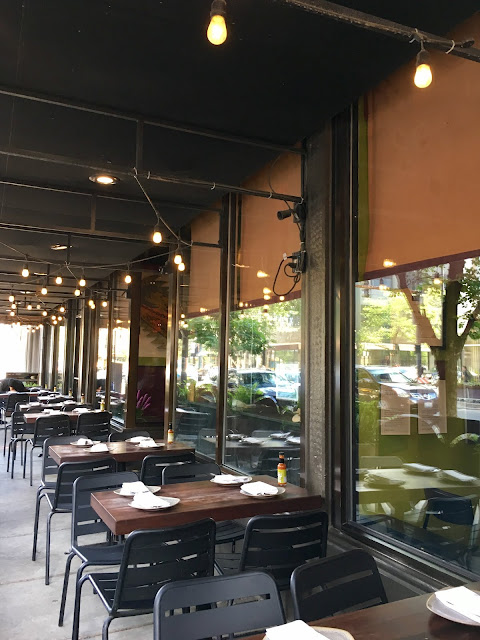 Jeff and I are really good at getting places early enough to be close to the front of the line, so we were two of the first people on the door and given a 5:20 table. At Frontera, they take your name and phone number and send you to wait in the bar area until you get the text telling you that your table is ready. Usually we'd order a drink, but Jeff decided to stick with water while we waited in solidarity with me.

Our table was ready right on time, and after a quick look at the menu to pick some appetizers, we ordered. Both of us had been looking forward to this meal for a while, so we knew exactly which entrees we'd order. (We specifically went on a Thursday because the special is my favorite thing: chile relleno!) 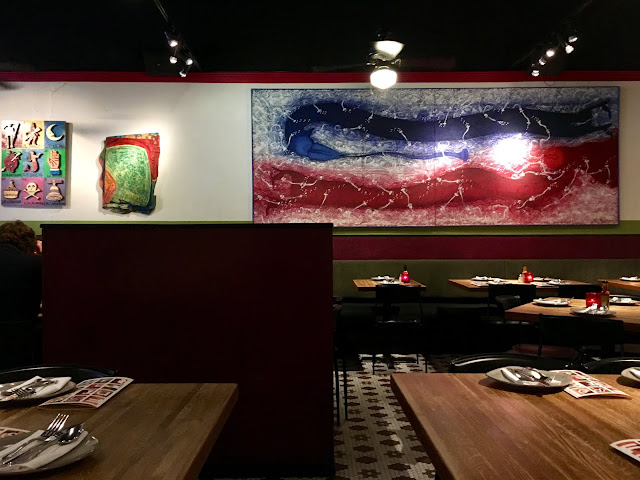 For appetizers, we got the sopecitos with braised beef and the chicken taquitos. Both were absolutely incredible, but the sopecitos were a real highlight of the meal. They came with this delicious pureed tomato salsa that made me want to literally lick the dish. (I refrained.) 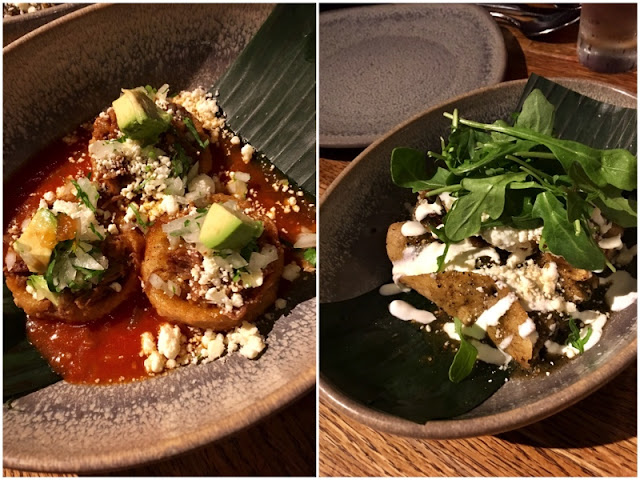 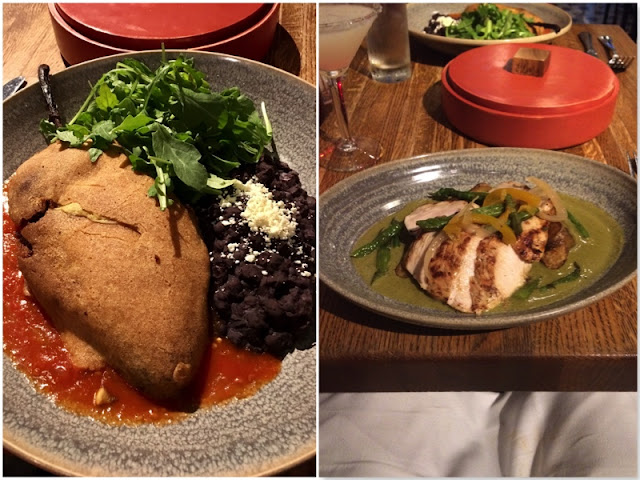 Our entrees were also out of this world. My chile relleno was filled with the most amazing short rib and potato mixture, and it might've been the biggest chile relleno I've ever had. Jeff had this chicken dish with spring green mole, which was a unique and delicious take on mole.

We decided to go for dessert even though we had eaten quite a bit by that point, and I'm very glad we did! Both the duo of flans and the homemade vanilla ice cream with warm cajeta sauce were delicious. I think the chocolate-cinnamon flan was my second-favorite part of the meal, after the sopecitos. 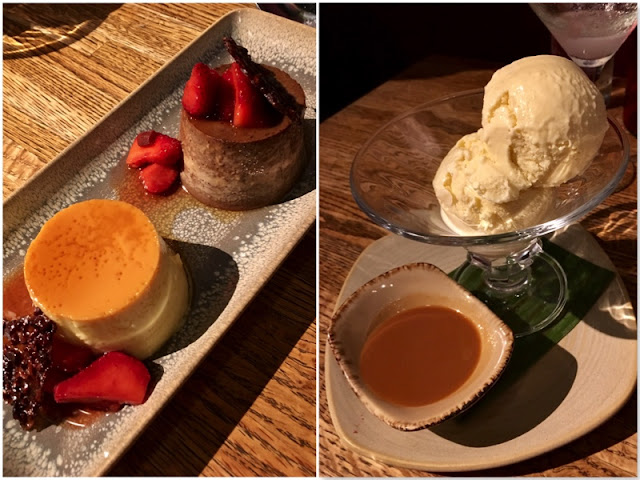 We left the restaurant in the sort of delighted, slightly sluggish fog that you get after a truly first-rate meal, and I was asleep before 10pm. Success! While Frontera is pricier and fancier than most of the restaurants we frequent, it's absolutely worth it for a special occasion, and I can't wait till we go back!