May the Fourth (of July!) Be With You

I'm not the world's most overtly patriotic person: I happen to think that the best way to serve one's compatriots is by acting as a constructive critic, a Socratic gadfly, if you will. Heaven knows that there's plenty to criticize during this particular election year!However, there are a few things that truly move me when I think about American doings: NASA in the 1960s is probably the most reliable at inspiring ecstasies of patriotism. I also have a surprisingly deep and abiding love of the National Anthem, which is most likely due to 1) its amazing countermelody, and 2) over a decade in school band. And as you might know by now, I'll never pass up an opportunity to deploy a themed outfit! 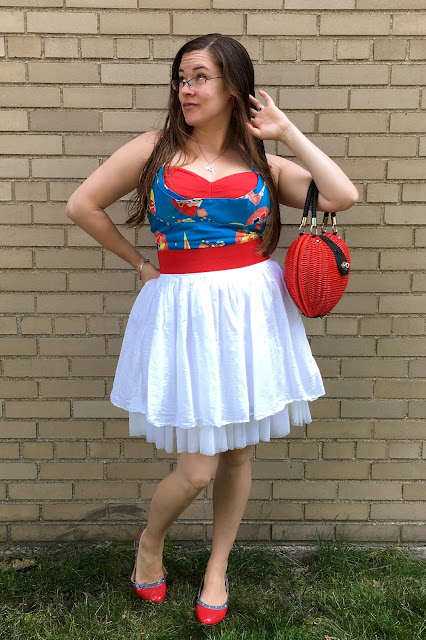 This outfit was a bit of a challenge. I picked up this lovely Trashy Diva top a month or so back, and had NO idea what to wear it with. The print is gorgeous, but just a little too busy to pair with one of my printed skirts, and I don't have a solid red skirt (my first instinct, outfit-wise.) My next idea was to wear one of my many red dresses as a skirt, but none of them were quite the right shade.
Finally, I remembered the white skirt I've had almost since the beginning of grad school. Success! Not only did the skirt pick up the bits of white in the top, but the waistband on the skirt was the perfect size for my wide stretchy red belt. While I still think I'd like to have a solid bright red skirt, I'm happy with my vaguely-patriotic outfit today. If I ever get around to picking up Trashy Diva's citron gathered miniskirt, I'll try out that combination as well. 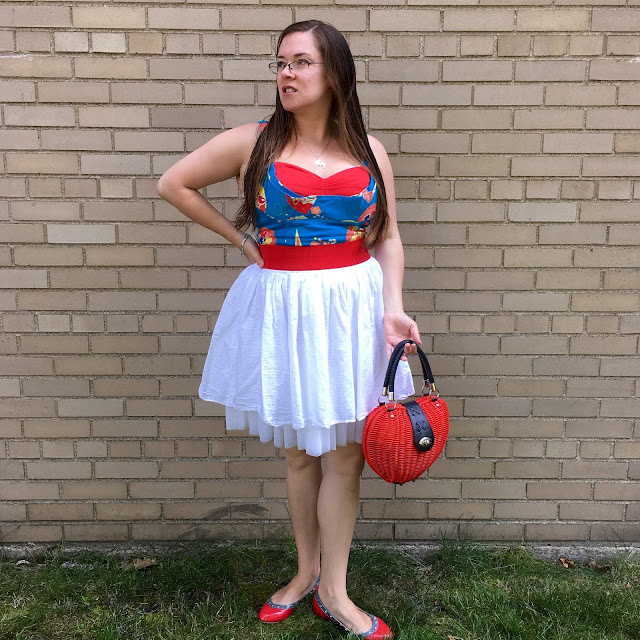 What's red and white and blue all over? 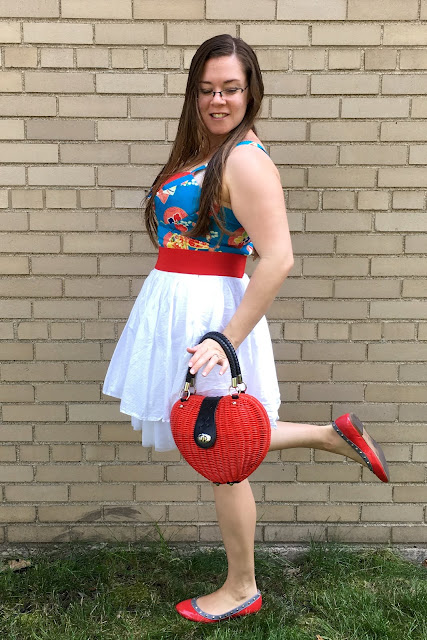 This bag deserves an entire blog post of its own, but for now, it can settle for featuring in my 'pose like a stork' photo. 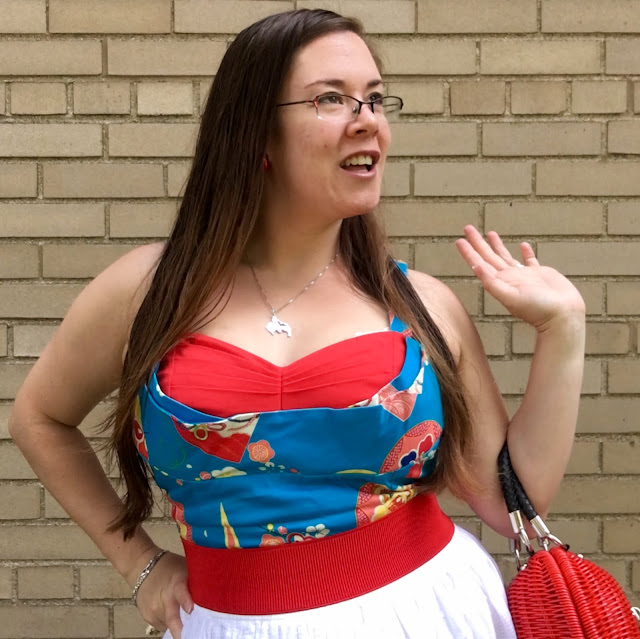 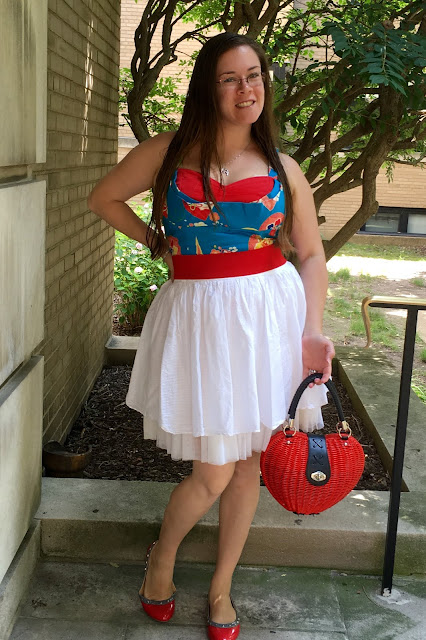 Jeff and I are off to see Independence Day, even though it got absolutely dreadful reviews, because I secretly love the first one and insist on watching it any time it's on TV and he's endlessly patient. Hope you all have a fabulous Fourth! Stay safe, everybody <3!

Facebook
Google Plus
Bloglovin'
Posted by Emily at 1:39 PM

Email ThisBlogThis!Share to TwitterShare to FacebookShare to Pinterest
Labels: Holiday, Trashy Diva, what I wore