It's been a while since I posted about food, which is surprising because I have so many food-related posts in mind. A couple of weeks ago, Jeff and I tried a new place in the West Loop with some new friends of ours. Our last culinary expedition to the West Loop was a smashing success, so we had high expectations, but Avec managed to meet those expectations handily! 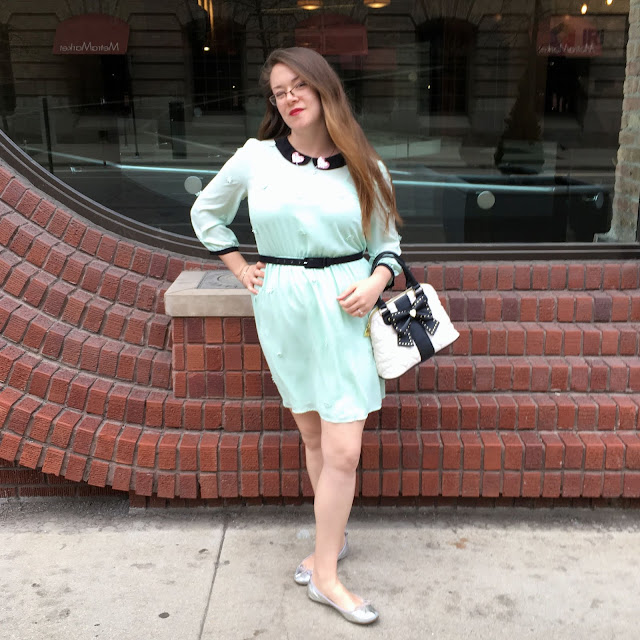 It was a nice warmish day, at least when we left our apartment, so I wore a new-to-me mint-green dress that I got for a song. This purse is one of my favorites, but because of the move, it's spent far too long stashed in my closet, so I was glad to have a reason to bust it out! This dress was definitely the right call for a big meal, too, as it has an elastic waistband.

Avec is one of those restaurants with an ever-so-fashionable small-plates menu, which was great as it meant we got to try a ton of amazing things. We got there quite early on a Sunday, because we'd heard that it gets quite busy, and sure enough, by around 5:30 or so, the place had completely filled up around us. They have a pretty big wine list and a small selection of fancy cocktails, which we all ordered. I went for a 'Pear Today, Gone Amaro,' and quite liked it. After a little bit, the first of our food arrived: 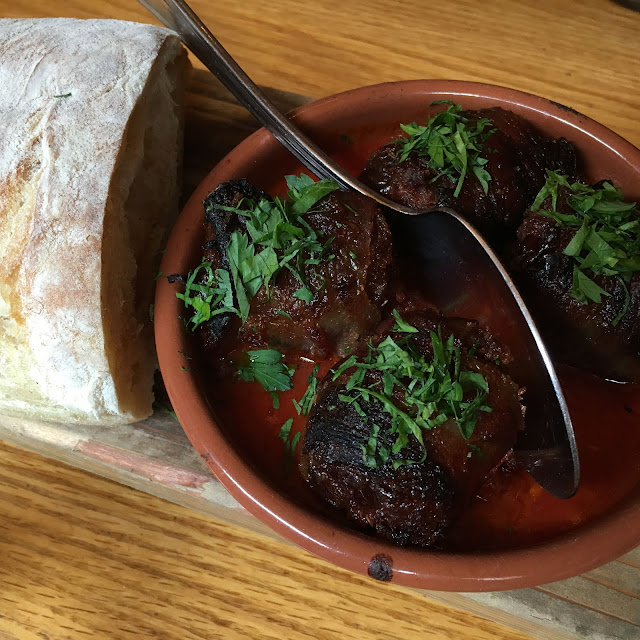 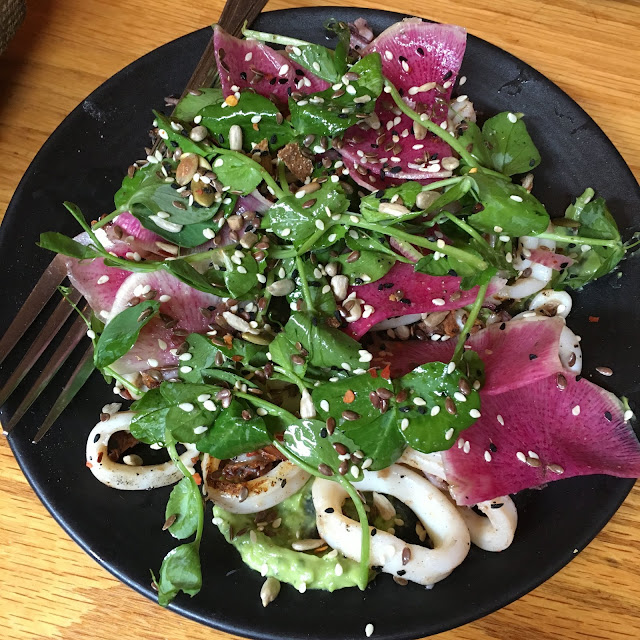 Calamari with hummus and watermelon radishes.

The appetizers all looked amazing, but we settled on the bacon-wrapped dates and the calamari, both of which were excellent. I don't know what was in their hummus that made it so much better than normal hummus, but I wholeheartedly approve. I am still having flashbacks to how good the bacon-wrapped stuffed dates were, too!

For entrees, we went for a duck-egg (!!!) pizza, paella, and a cauliflower tagine (not pictured, because I dug in before remembering to take a photo!), all of which were amazing. I think my favorite of the entrees was the pizza, because the egg made a delicious sauce and went so well with the peppers, greens, and cheese. 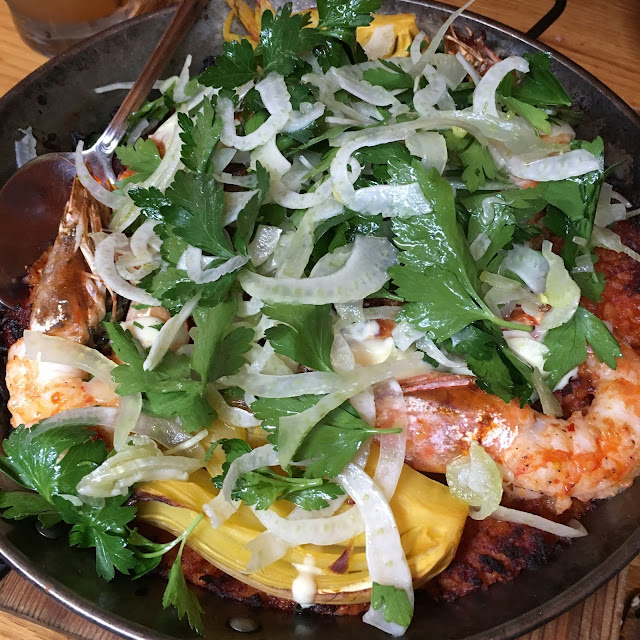 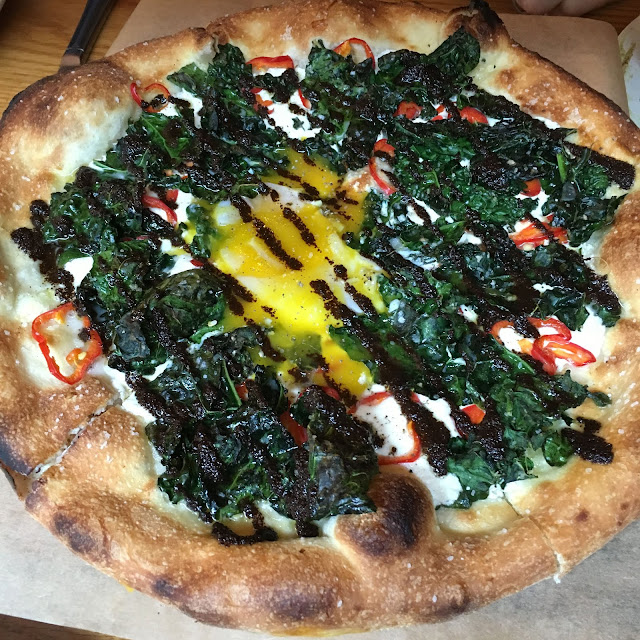 I'm not often up for dessert, since I'm usually too stuffed to eat anything else, but for once, I was totally set on getting dessert, so we got two of the chocolate olive oil cake with hazelnut gelato and each couple split one. This was a great/terrible decision: great because the cake and gelato were out of this world, but terrible because I only had half of one. I probably could've eaten both all by myself. 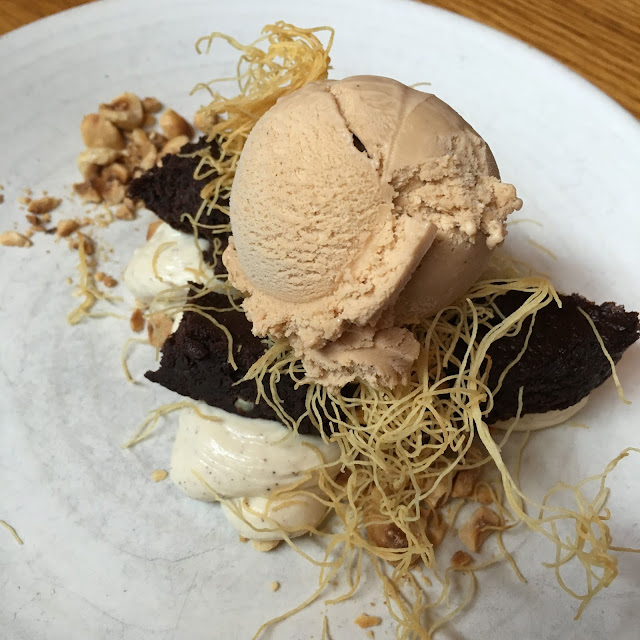 Avec was a lovely place and I would definitely love to go back and try some of the dishes that we didn't get this time. I liked the atmosphere (bright, airy, and relaxed) and loved having so many different dishes in one meal.

By the time we got home, I'd ditched the belt long ago (when will I learn?!?), but my collar clips were still firmly attached, so I'm calling the evening a total victory. 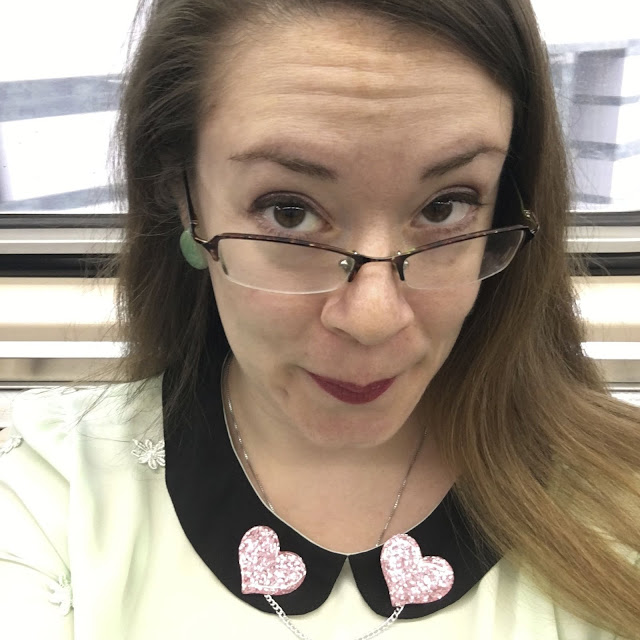 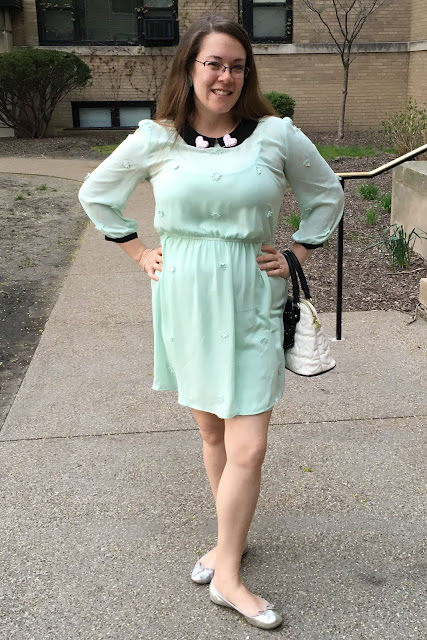 How do you feel about small-plates/tapas menus?

Facebook
Google Plus
Bloglovin'
Posted by Emily at 5:35 AM