My mind is like my own personal TimeHop. Let me explain this by way of an example: I know that today is May 20th. This means that 1) I graduated college exactly NINE years ago, 2) my across-the-street great-grandma, Mom-Mom, would have been 103 years old today, and 3) I'll be spending the day reminiscing and ruminating on both of those facts. 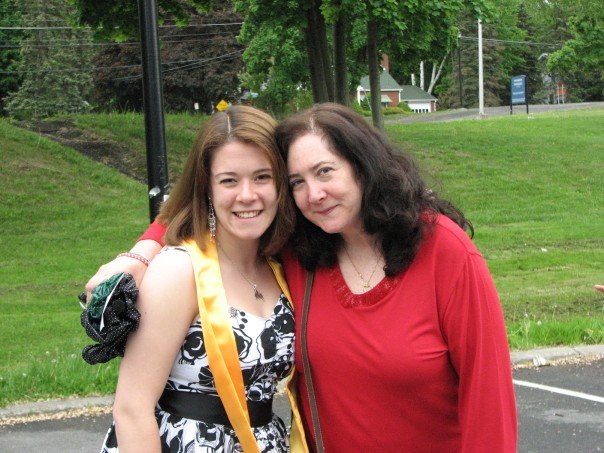 A few fun facts about the above photo:

1) If I could find that dress, it would perfectly suit my style (but it likely wouldn't fit!)
2) My hair is dyed in this photo, because I had gone platinum blonde three months earlier.
3) In the past nine years, I've only taken off that necklace two times, when I went for MRIs.

So that concludes the graduation portion of this post. More importantly, today I'll be thinking about Mom-Mom. 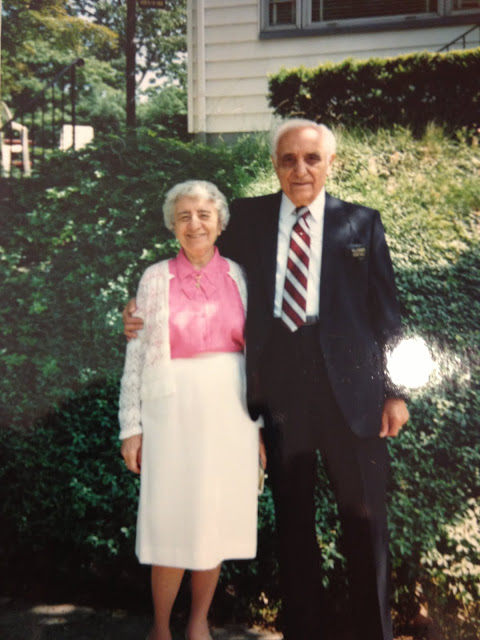 It's hard to know where to start with Mom-Mom. She and her husband moved into their home in 1955 when it was first built, and when my parents moved in across the street almost 50 years later, Pop-Pop came over as soon as he saw them, pointed at his garage, and said "see that? My garage is always open. Take anything you need." They adopted my family. She always said that she had 3 (or four, or five, or six, or seven) great-grandchildren, and two great-grandchildren by the grace of God: me and my little sister. She called Ronnie 'Naomi' because it meant beautiful, and she thought it applied.

I went over to their house almost every day of my life. She always had a jar full of stale Oreos, cans of ginger ale, and those paint-by-water kid's coloring books. I still don't like Oreos when they're fresh out of the package. She read just about every book in the public library in our town. She'd often tell us about how, when salespeople would call, she would say "you are talking to an octogenarian! I've got one foot in the grave and the other on a banana peel, so unless you're offering a deal on cut-rate coffins, I'm not interested!" She lived to be 99 1/2. She wrote her own obituary, and updated it periodically to reflect major changes. She was a paragon of practicality and clear thinking.

When you went to her house, it was actually impossible to leave in under an hour, because you'd get to talking, and she'd offer tea, and you always had time for a quick cup of tea, right? But you didn't want to leave. She was smart as a whip, more lucid than I could ever hope to be even till the end, and a wonderful conversationalist. She wrote me a letter in German when I was doing a German-language immersion program in Summer 2009, using the high-school German she'd learned 70 years earlier. Her penmanship was impeccable.

She didn't get married until she was 29 or 30, I can't remember which, but she was able to see two of her great-grandchildren married, and to find out that her first great-great grandchild was on the way. Her great-granddaughter bought the house after she passed away, because she always wanted to be Mom-Mom when she grew up. When we were little, she used to come over with a kerchief on, just like Mom-Mom.

She had her son-in-law or grandson (not sure which), who by this point were running the family jewelry shop that her husband started, make rings for me and my sister for our Bat Mitzvahs. She had Ronnie's made years in advance, and showed my mother where she stashed it, just in case.

When she passed away in November 2012, my entire family bawled, because we couldn't imagine our lives without her. I went into her house shortly afterward and saw the chairs she and Pop-Pop used to sit in, and bawled again. I think of them whenever I watch Up. After she passed away, someone asked us "why are you so upset? She was 99 1/2! She had a great life!" But we knew how much we'd genuinely miss her company.

She used to tell young people to go to cooking school, because people always need to eat, so you'll always have a job. She taught me to order foods I couldn't/wouldn't make at home when I go out, because she used to talk about ordering turkey at the Beekman Arms in Rhinebeck when she and Pop-Pop would do day trips 40 years earlier ("when would I ever make a turkey for just two people?")

When I graduated college, my parents and Ronnie moved me out and rushed home to wish her a happy birthday, and sat around her dining-room table until 11pm just talking. I can still remember exactly what her voice sounded like. I am so lucky that of all the houses in the world, my parents moved into the one across the way. 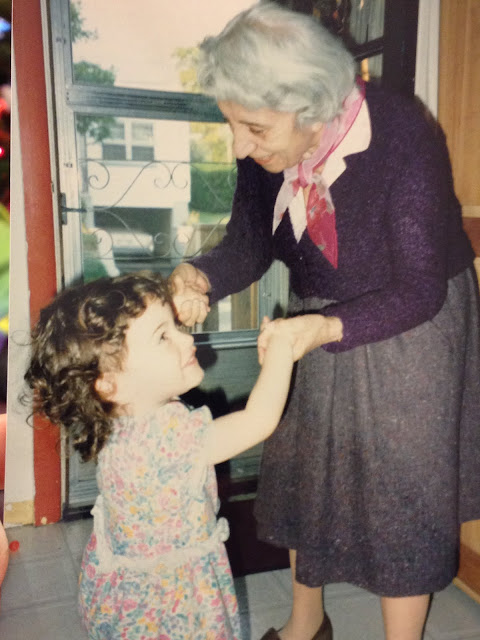 Mom-Mom and Ronnie, c.1994. She looked exactly the same for the entire time I knew her. 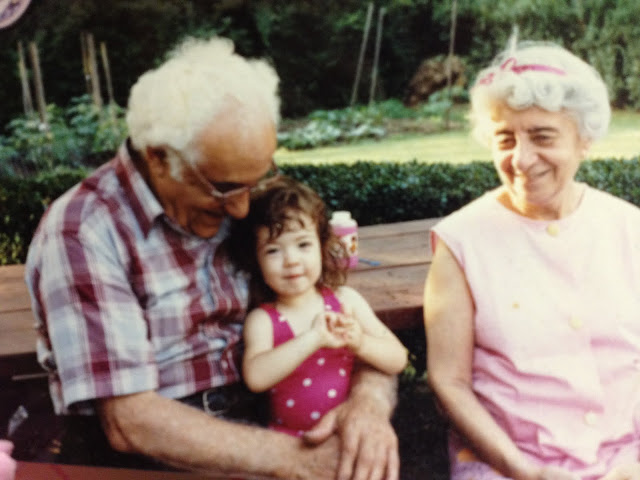 Facebook
Google Plus
Bloglovin'
Posted by Emily at 6:02 AM