I have a steel-trap memory for dates: I'm the Rain Man of remembering birthdays, anniversaries, and When Stuff Happened. I can tell you, for instance, that I met my friend Pari's newborn daughter for the very first time on April 18th, 2013, or the birthday and anniversary of every single person/couple on my mother's side of the family.

Luckily, Jeff has an equally good memory, which means that I can expect him to remember that we started dating six years ago today! He's made me promise not to put any photos of him on the blog, though I suspect a few shots of him might find their way onto my Instagram. (Hey, I'm living up to the letter of the promise, if not the spirit!) Our anniversary this year will be more low-key than in previous years, since Jeff is in the middle of grading papers and I have to be at work bright and early tomorrow. I'm planning to spend the evening cooking a giant meal, reminiscing about How It All Began, and lying on the couch groaning "I'm so FULLLLLL!" 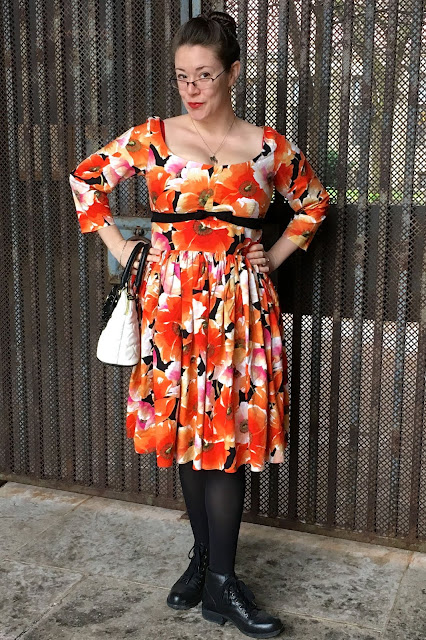 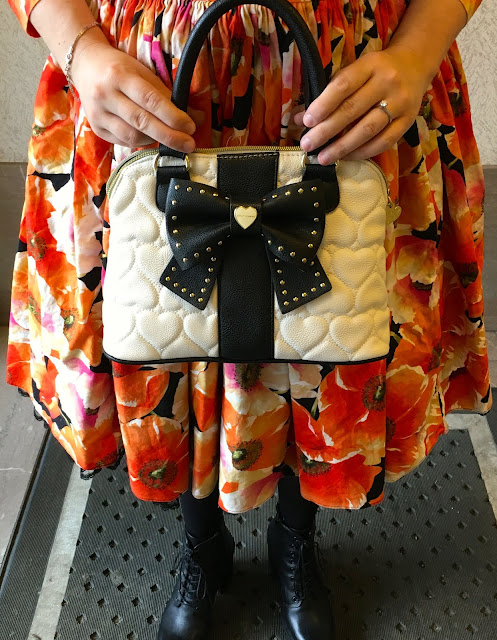 This is my favorite purse in the history of purses. 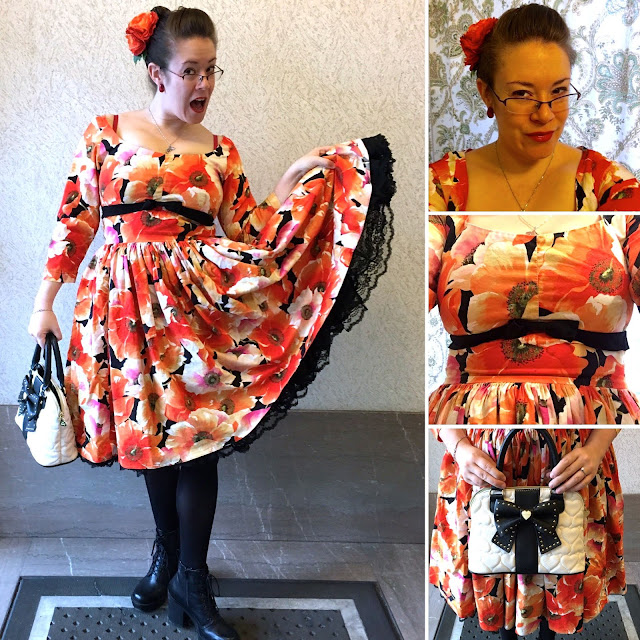 I popped a petticoat on, but decided against wearing it to what was likely to be a standing-room-only affair, so the other photos show this dress sans petticoat. 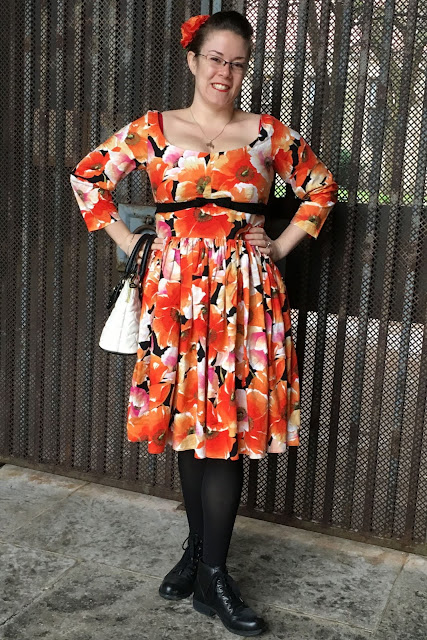 I picked this Bernie Dexter dress up from the swap group, and couldn't wait for it to arrive! I love wearing these fiery, autumnal colors, and the cut of the dress is pretty unique. It hits right at the edge of my shoulders, which conjures up vague Jane-Austen-television-adaptation associations in my mind. The dress is also a perfect match for my favorite Daisy Jean hair flower, which is another plus in my book! I'm hoping she comes out with more versions of this dress next fall, since the sleeves make it a bit more Chicago-friendly.

Oddly enough, I've never really dressed up for our anniversary festivities, since they usually involve food. Back when we lived in LA, we'd typically go to Disneyland, which was always a blast. Unlike all the amazing Disneybounders, I've never actually dressed up to go to the park, since I hate getting my nice clothes sweaty and full of sunscreen. We go hard at Disneyland, since we like to jam as many rides as possible in. I believe our record is 30 rides in a single 14-hour day at the park last year, including 6 times on Space Mountain. The bottoms of my feet ached for two full days after that!

Hopefully we'll go back someday, but in the meantime, here's a brief blast from my anniversary-celebrating past! 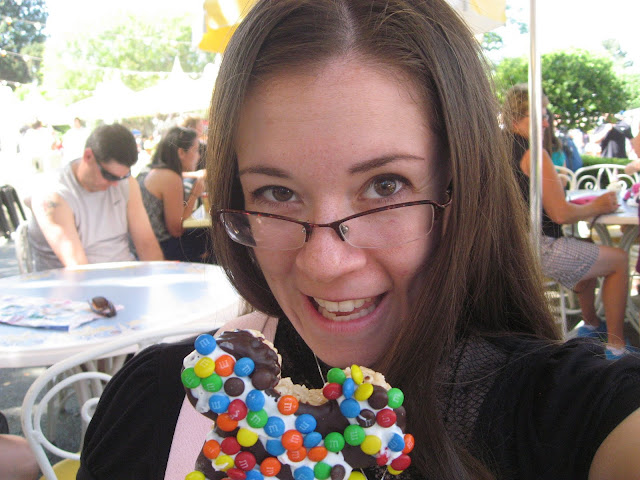 2013: a Mickey-shaped Rice Krispy Treat pop is a requirement of these trips. 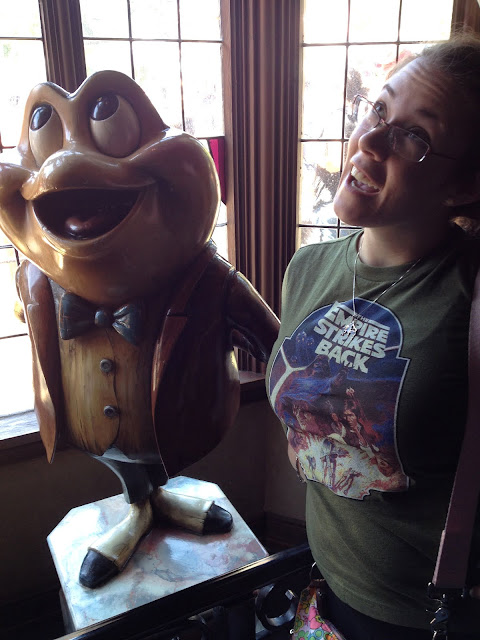 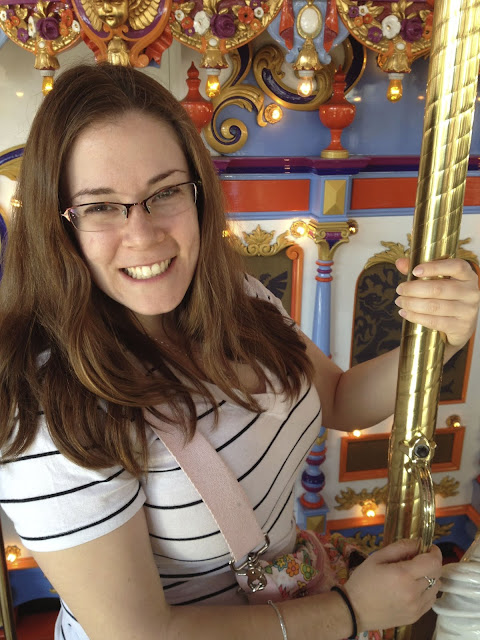 2015: growing out a disastrous haircut.