So Long, 2017, and Thanks for Exactly One Thing

It's become almost de rigueur to hate on 2017, and as much as I hate following fads, I can't deny that this year was rough. The never-ending parade of celebrity deaths that everyone bemoaned in 2016 gave way to a cascade of sexual-assault revelations that showed the world just how ugly male privilege can be, and Tr*mp's incompetence as President has overshot even my most pessimistic 2016 expectations. 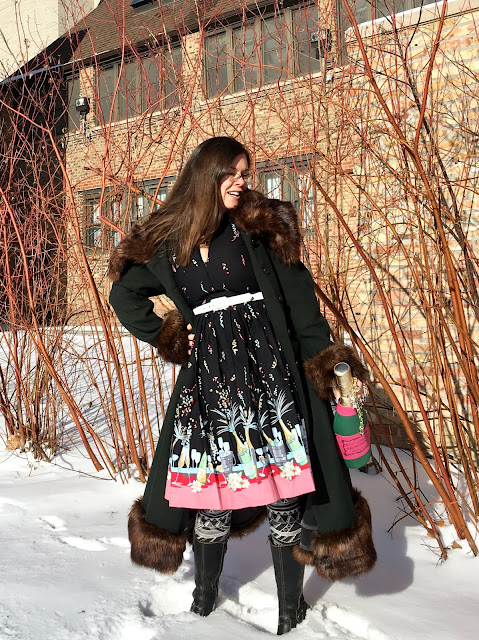 Things in Hallockland weren't all rainbows and unicorns either. Typing that, I can almost hear the narrator from the Wonder Years extolling some wisdom about having realized that after the salad days of youth end, even the things you want are often tinged by sadness and/or difficulty. (I haven't rewatched Inside Out since everything with Ronnie began, but I'm sure it would be an even bigger laser-guided missile to the Feels than Pixar movies typically are. On the other hand, Pixar provides such nice tidy shorthand references for my feelings and experiences, and it's good to have a repertoire for referencing the anxieties of growing up that goes beyond "I learned something that day..." in my best Daniel Stern voice. Once I get a new Blu-Ray player, I'll give Inside Out a go.)


BUT! In the midst of all this anxiety, sadness, and loss, the actual best thing ever happened: my sweet baby girl. One of these days, I hope I'm able to express how I feel about our little Penny Pie. At this juncture, though, I'm still stuck in the 'feelings of love so intense I can't find words' stage, even when she's screaming directly into my ear, apparently unaware that I'd still be able to hear her at like 5% volume.

When I look into that grinning toothless face of hers, I can't help but feel that 2017 has been very kind to me, indeed.

...hmmm. I'm being told that this is actually a style blog. Go figure! Lately I've taken to posting photos of outfits I liked, accompanied by text that has very little to do with the clothes. But this outfit -- my New Year's Eve outfit -- is different: it's the first time I've ever worn a coat in a blog post! (Trust me, if you were taking photos in the snow when it's like 5 degrees out and so cold that your phone turned itself off midway through your shoot, you'd keep your coat on, too!) I've had this Pearl coat from Collectif since last year, and it's a marvelous thing to put on a long, swingy wool number when it's positively arctic outside! 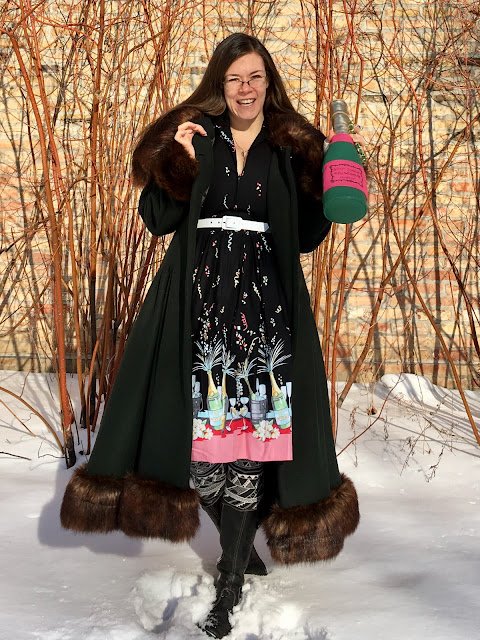 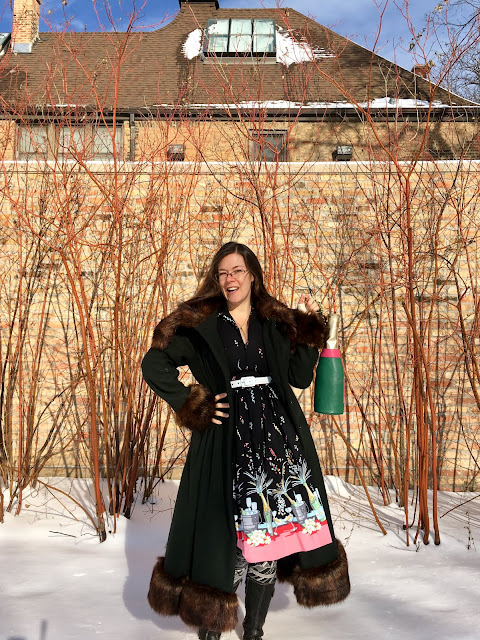 I already have this print in a mod little shift dress, but when Bernie Dexter released a zip-front Drive-In shirtdress version and an amazing sale happened, I couldn't resist! It coordinates perfectly with 1) this Betsey Johnson purse and 2) our New Year's Eve drinks, so obviously I had to wear it. The leggings were thrown on because they're warmer than anything else that's clean at the moment. (Style bloggers: they're just like us!)

This Drive-In dress is similar to my beloved Kelly dress, but with more fitted, longer sleeves and a tighter fit in the bodice. I took my usual large and while it's a bit of a squeeze to zip up those final few inches, this is true of all my dresses at the moment. I'm absolutely in love with the Drive-In and think it shows off the print even better than the shift version. 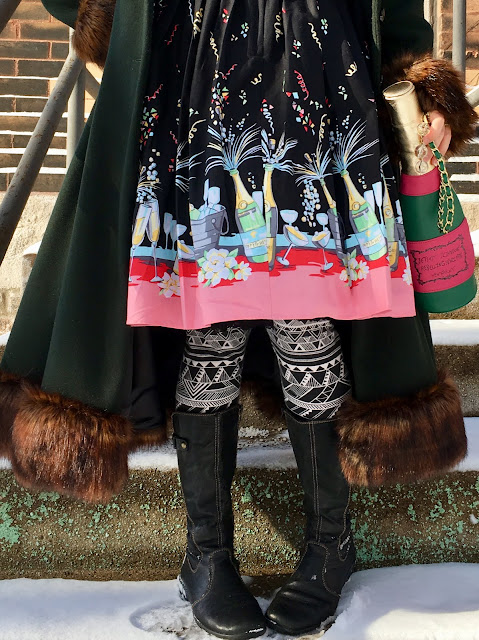 So there you have it: 2017, we survived you, and when it comes to the most important thing that's ever happened in my life, all is well. Bring it on, 2018.

Facebook
Google Plus
Bloglovin'
Posted by Emily at 8:16 AM