On Living One's Life as a Work of Art

One consequence of adopting a more retro/vintage-inspired manner of dress is a serious uptick in the amount of attention your clothing attracts. Thus far, I've been lucky enough to avoid any unkind, unpleasant remarks from total strangers, but even positive attention can be a bit overwhelming if you're shy or just not interested in dealing with comments from the general public. While I don't much mind occasionally being stared at, for some, this attention is enough to put them off dressing as they'd like, which makes me terribly sad. 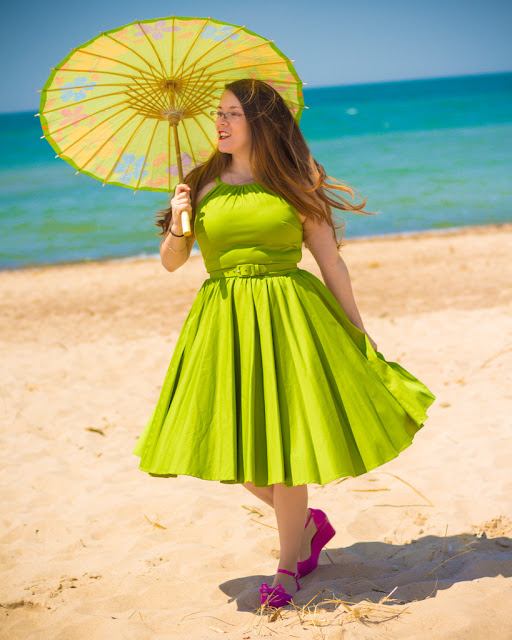 It's taken me a bit of time (e.g. all of my teen years and half of my twenties) to stop caring about others' opinions of my self-regarding actions. For me, all of the rigorous philosophical analysis of social systems, norms, and beliefs I was doing as a grad student helped me get there. Oddly enough, the thinker who helped me feel ready to be true to myself was Nietzsche.

It is undeniably true that few texts containing the words "as Friedrich Nietzsche once said" have ever done anything good for the universe. It is equally true that in most cases, the author's invocation of Nietzsche is antithetical to Nietzsche's project. I'm not sure how Nietzsche would feel about being quoted on a style blog. Whatever, he's been dead for over a century. Let's proceed!

Nietzsche eschewed the traditional 'long boring tome' approach to philosophy, choosing instead to write in brief aphorisms. My all-time favorite Nietzsche aphorism comes from Book III of The Gay Science:


"What is the seal of having become free? – no longer to be ashamed before oneself."

This idea of freedom has always been something I valued. Shame, in my view, is incredibly damaging. Don't get me wrong: it's useful and healthy for people to feel guilty when they do something that truly wrongs others. But when the shame one feels is shame about their body, or their looks, or the ways in which they differ from others, or their dreams, it makes them unfree. 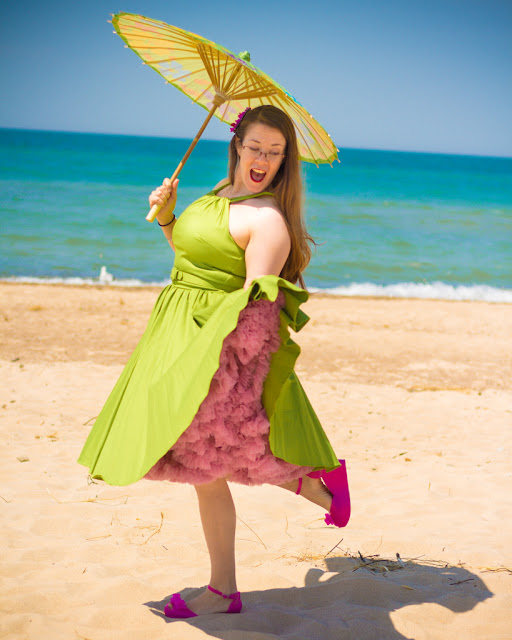 Doing what I want on a crowded beach, while a bunch of people stared and a few made comments.

Nietzsche also offered me a great perspective on those armchair quarterbacks who make nasty comments to people they don't know. I used to think that people who did that were truly pointing out actual flaws. Now, though, I see that people who slut-shame women for wearing what they want, or hate on young girls for taking selfies, or mock people in general, are actually miserable and just trying to fill the void where their self-confidence ought to be. What could a decent, contented human being possibly get out of embarrassing others? Or, as my boy Freddie N. put it:


"What is most human to you? – to spare someone shame."

I think that when you've truly found your authentic style, it becomes a lot easier to silence your inner critic. When I started wearing full skirts and petticoats full time, I was so caught up in being happy about my full skirts and newfound constant twirlability that I didn't really stop to think about how others would react. It was as if my satisfaction was armor! I don't have time to feel ashamed of my body when I'm surrounding myself with a virtual community of awesome, supportive pals and smiling every time I catch a glimpse of the print on my skirt, and let's be real, you don't have time for it either. We have better and more enjoyable stuff to do. 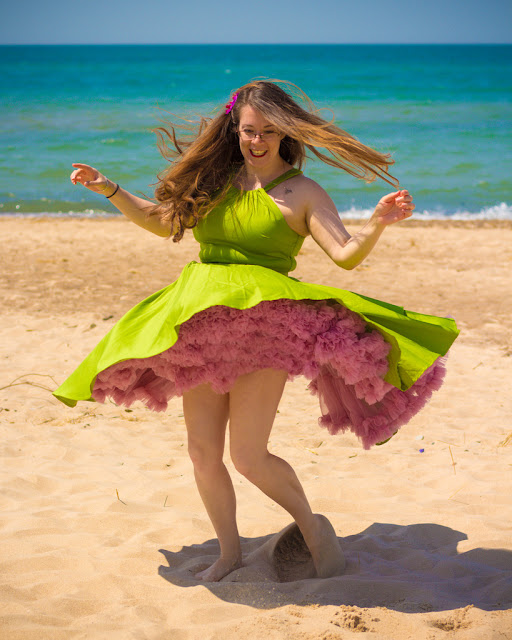 Do you ever struggle with feeling ashamed to do the things you love? How do you cope with that feeling?