I had a lovely review of a cute gingham dress all written and ready to go, but then yesterday's shooting at UCLA changed my mind. 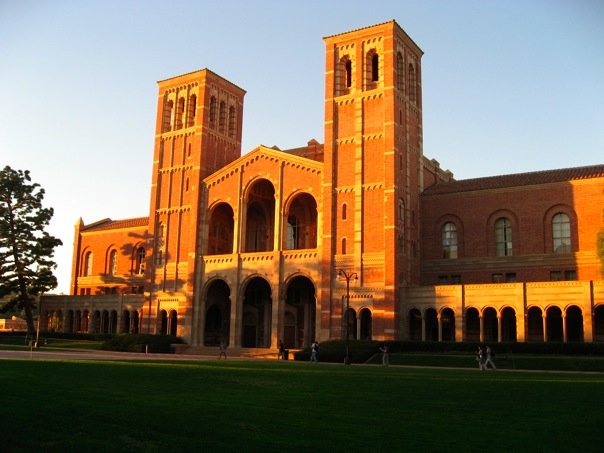 Royce Hall, 2007
I'm a Bruin. My fiancé is a Bruin. My fiancé's brothers and parents? Bruins. I spent seven years of my life at UCLA: six as a graduate student, and one as a lecturer after I'd finished my PhD. It's hard to wrap my mind around this shooting, even though I've had a low-key fear about it that intensified somewhat after the shooting at Santa Monica College a few years back.

Every so often, the thought crosses my mind (usually just after I've handed back a stack of graded assignments) that it just takes one angry student. I wonder how many professors have the exact same thought. According to the LA Times, this was the 186th school shooting since Sandy Hook. 186 school shootings in under four years is terrifying. I worry about Jeff sometimes; I hope that he doesn't have any students with a grudge.


It's horrifying that there are people who think anything is worth murdering someone in cold blood.
Today is apparently National Gun Violence Awareness Day. Well, I'm a proud UCLA alumna and I live in Chicago, so I'd say I'm more aware than I'd prefer to be.
There isn't much rolling around in my mind, or at least, not much that others won't express better in the inevitable wave of thinkpieces to come. I wasn't surprised when the initial reports described the shooter as a white male. I won't be surprised when most media commentary fails to comment on the pathologies of white male entitlement with anything like the same vehemence with which they discuss shootings by people of color. My sister summed it up pretty well: "I feel like no guy in that age range should ever touch a gun." I hope they don't release the suicide note. I probably won't be able to bring myself to read the garbage that Men's Rights' Activists vomit onto the Internet about this event. Murder-suicides are infuriating. They make me wish I believed in Hell, just so I could imagine those garbage-human murderers in its deepest depths.
I wish I could bring myself to end this post on a hopeful note, but I'm allergic to bullshit. I've just run out of it, you see. Instead, I'll leave you with some images from my years at UCLA. It's not a perfect place -- I have serious political and principled disagreements with a great deal of what goes on there -- but it was my home for seven years. 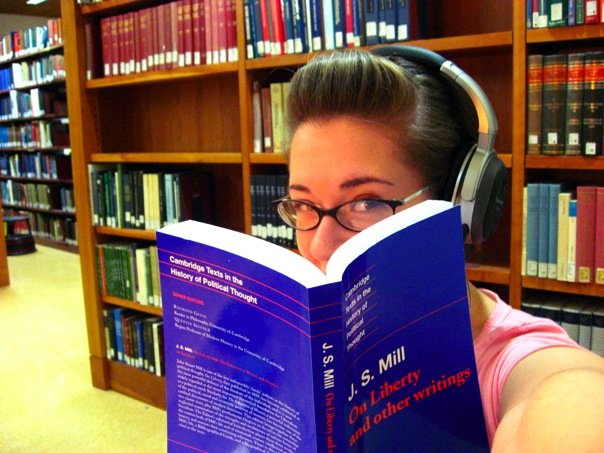 Hard at work in the Law Library, year one 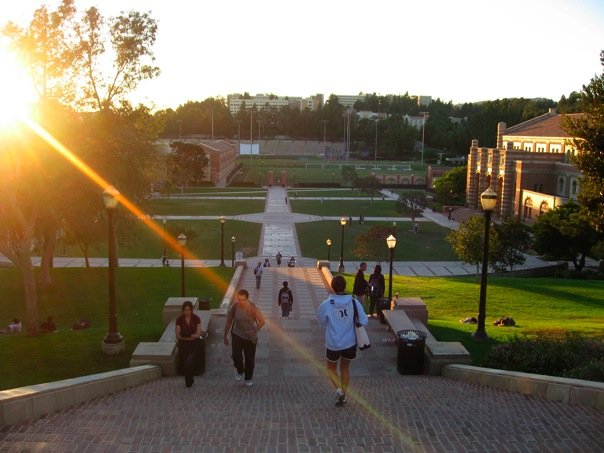 Walking down the Janss Steps in late 2007

Year one of grad school. Little did I know how well this photo encapsulated the experience of getting a PhD: I'm grinning as I fall to earth. 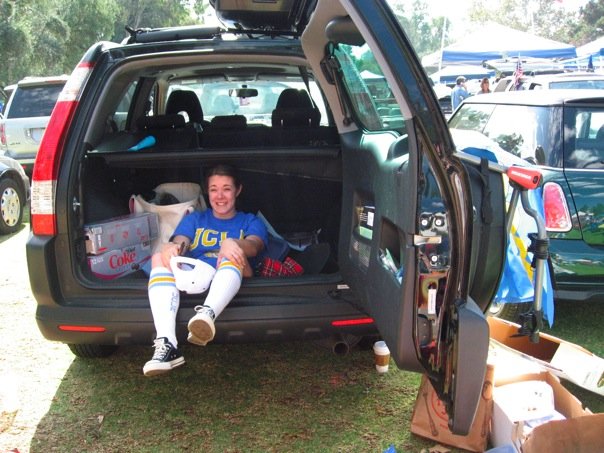 My first tailgate ever, year two. I was stuck. 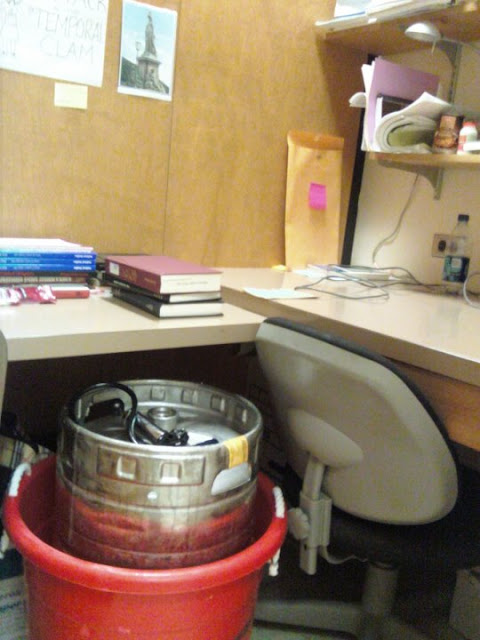 From my tenure as Recruitment Chair, 2010. This closet-sized space was my office. 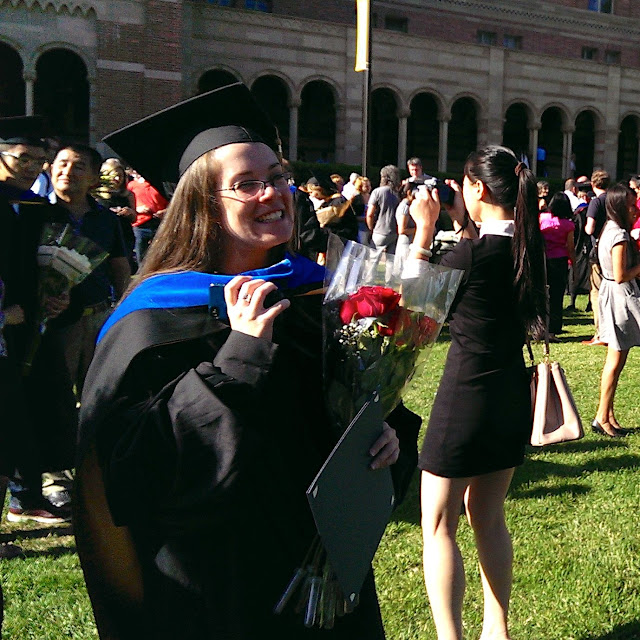 Graduation Day in my bargain-bin Hogwarts robes, 2014, eleven months after finishing my PhD.