Today is my sister's birthday! Unfortunately, I'm spending this one in Chicago, which means she'll be guilting me about not coming home for at least the next decade, but hopefully I can buy her off with a super birthday present and a blog post. (Spoiler alert: I doubt it. She still brings up the time that I got home 2 minutes after her birth time and she 'had to turn 15 all by herself.') 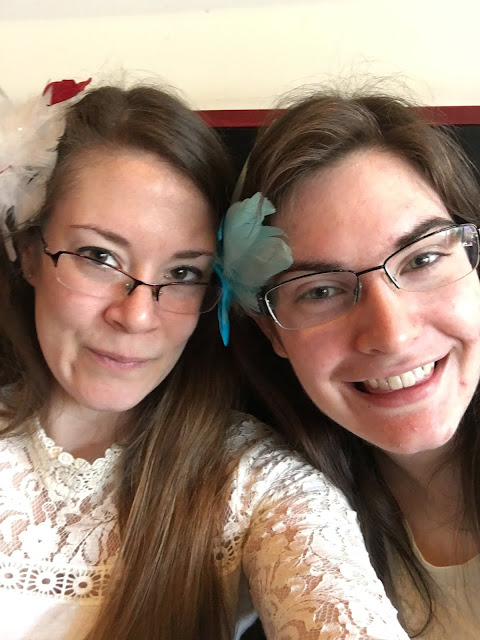 Ronnie is pretty much a champion in a myriad of ways: she's the world's punniest (verging on Dad-joke-level), she has an incredibly unique way of phrasing her observations, she's my lifeline to continued pop-cultural understanding, she's my personal meme-decoder/what-kids-these-days-say translator, an Olympic listener, and a human rainbow. I once told her that when she gets mad or tries to be mean, it's sort of like when a puppy starts using your hand as a chew toy. It doesn't hurt, and your first reaction is sort of "aw, bless your little heart." (There are a few exceptions to this rule, at least where Ronnie's temper is concerned, but not many.) Sometimes she gets salty, to much the same effect as when she's mad. 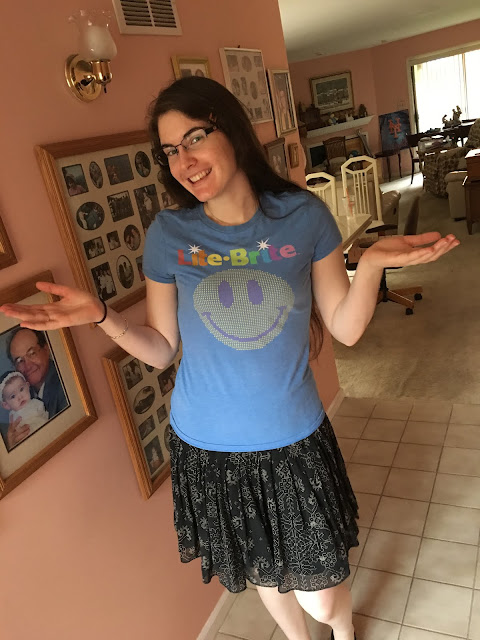 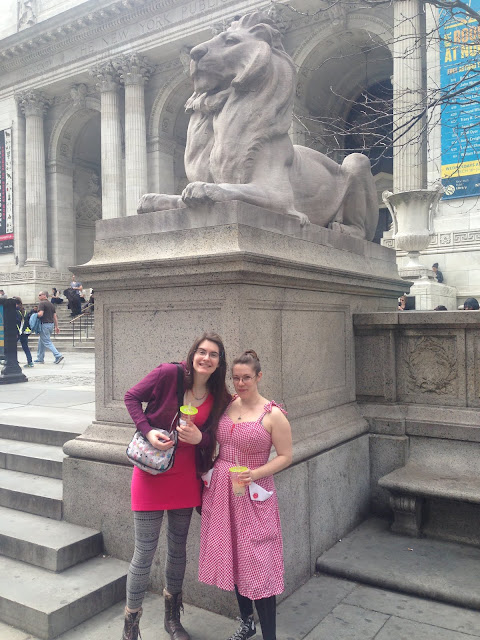 Ronnie loves rainbows, bunnies, multicolor roses, and basically anything cute, so she's pretty much the easiest person to find gifts for. I like to hide her real presents inside socks, since when she was younger (…and ok, still), she hated getting socks as a gift. For her 22nd birthday, she made a list called "Fun Gift Ideas for a 22-Year-Old" and left it conspicuously displayed on my coffee table. It was mostly video games. Her Christmas wish list last year was also mostly video games, but she also included a little contraption called the Toddy T2N Cold Brew System, for making cold-brew coffee. Heaven forfend that anyone refer to it as the "Toddy" – it goes by its full name at all times. She loves bubble tea with the fire of 10,000 suns.

Ronnie doesn't drink, so we celebrated her 21st birthday by going to Disneyland, seeing the roses (her favorite flower!) at Huntington Gardens, having cake for breakfast, and going out for prime rib. The face she makes when she tries alcohol is honestly GIF-worthy, though. 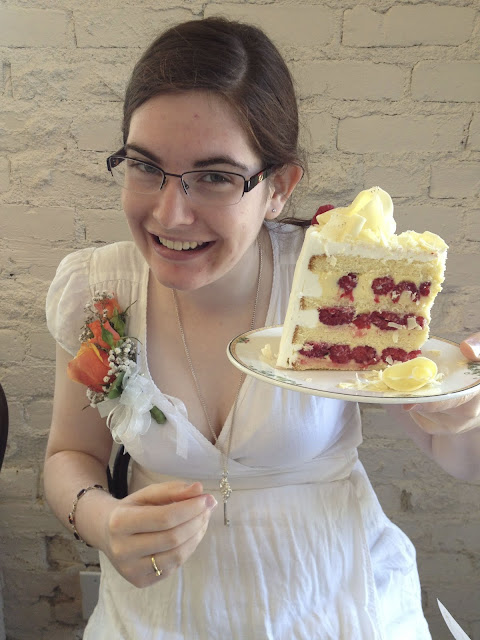 I still consider it a miracle that she didn't get anything on this dress! 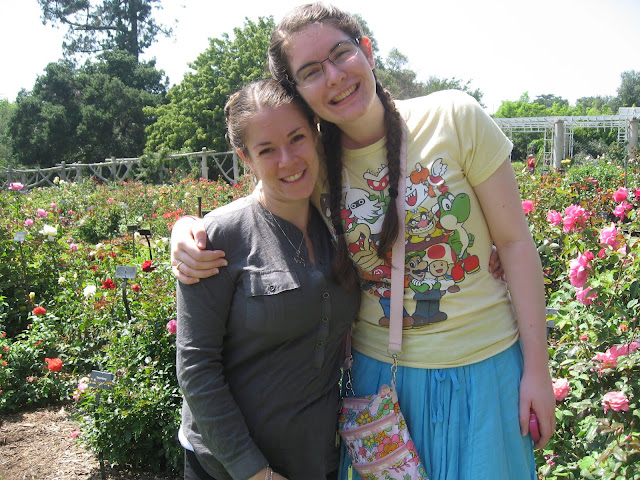 One of the rare times I convinced her to let me do something with her hair besides cut it. 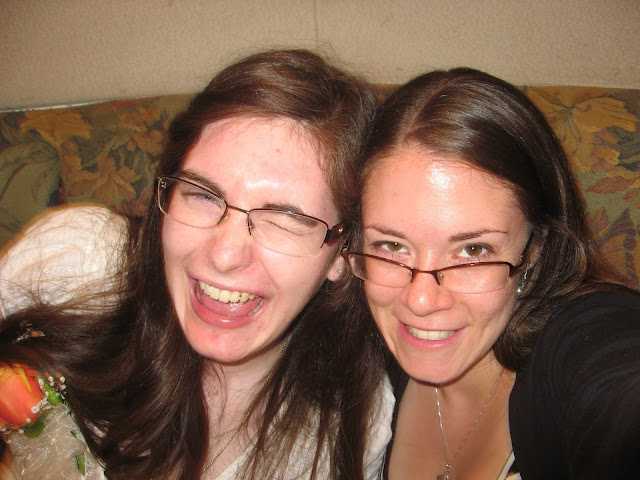 Sarah Palin impression or attempt to avoid flash? You be the judge!

One of my best friends is convinced that Ronnie should have a Twitter, because her one-liners are hilarious. She's recently resurrected her Twitter, and my friend was definitely right. True story: most of the screencaps on my phone are of funny things she's said. She is the best dancer in the whole world. I think it's because of her incredibly long limbs and the face she makes (it's a very serious business face).

Ronnie is the type of person who goes into a restaurant, sees an advertisement for a new drink/food/anything, and immediately orders that thing, whilst remaining full aware of how susceptible she is to advertising. As she's said, it's a high-risk, high-reward way to be. She also has this habit of ordering an appetizer, a giant meal, some sides, and dessert, and then proclaiming herself to be full after approximately three bites of her entree. This, she has told us, is so that she can save room for dessert. 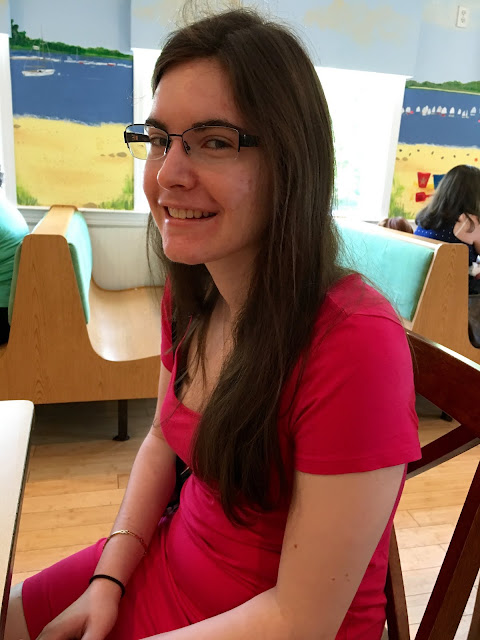 My godchildren either pretend that they can't tell us apart, or they actually couldn't for a while and now pretend as a joke. We aren't sure. We tried to explain the visible differences between us ('Ronnie has long brown hair, but Emmy…never mind. Ronnie has glasses…um, Ronnie always wears skirts – no wait, Ronnie is tall… oh, but compared to a two year old, any adult is tall! I give up') and failed.

We have a running joke that involves her giving me the middle finger when my parents aren't looking, and then denying it. The first time it happened, I laughed so hard that I gave myself an asthma attack. Whatever, Ron – I have photographic and video evidence of your middle-finger-giving ways. (Her response is always "those photos are obviously Photoshopped...how shocking that you'd stoop so low!")

There's so much more I could talk about: how I was so excited to have a younger sibling; how the day she was born is one of the happiest days of my life; how impressed I am with her insight into just about anything; how glad I am that she's my sister, and so on. Instead, I'll leave you with a collage of awkward-stage Emily and cute-young'un Ronnie: 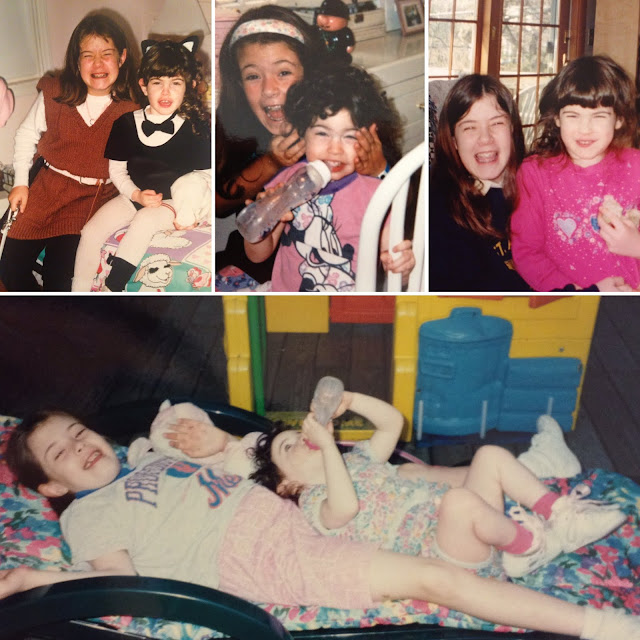 Facebook
Google Plus
Bloglovin'
Posted by Emily at 6:15 AM