Why I Stopped Wearing Babydoll Dresses

Happy day-after-St.-Patty's, everyone! I hope everyone had a safe night and enjoyed themselves. I'm feeling much better than I did as a college student/young grad students on the day after St. Patrick's Day. Maturity FTW!

In college, I went crazy for babydoll dresses. For the first time in my life, the entire fashion world was at my fingertips, by which I mean that I had a brand-new debit card and high-speed internet. I ordered babydolls from Urban Outfitters and Forever 21, and tromped all over campus in knee-high boots, tights, and my array of short jersey dresses. This was definitely a step up for me, fashion-wise: for the first few months of college, I went to class in running shoes and workout clothes, so as to not waste any time between class and the gym. My undergrad advisor actually came out of his office one day during my senior year, while I was working in the student lounge, specifically to tell me that when he first knew me, I dressed like a dork. So babydolls were a major improvement.

This black dress, for example, was a staple from around 2005 or so until I finally retired it in 2008. 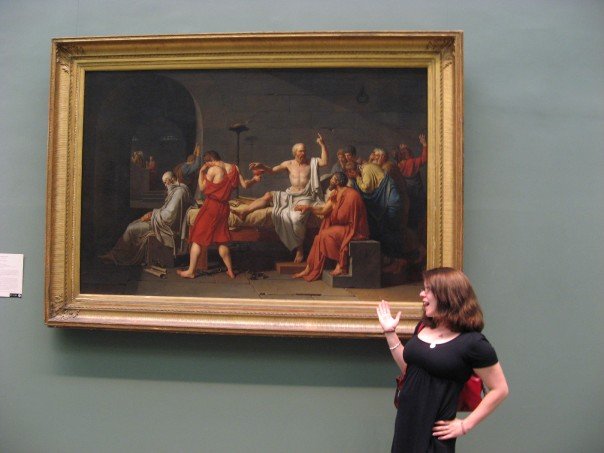 Me and Socrates, down by the schoolyard...

And while this may technically have been a nightgown, it also made a fun going-out dress, worn over a black slip. I'm actually still not sure about what this garment was intended to be. I got it in Nagasaki, and never quite mastered all the characters for different articles of clothing, so the packaging was a bit of a mystery. It made a great 'roller-skating in the apartment' outfit, though! 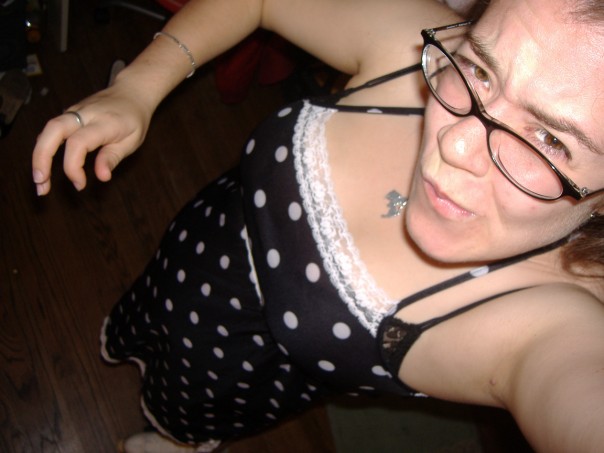 Early selfie technology was not very advanced. You can barely even see my skates!

However, all things must pass, including my love for the babydoll silhouette. After I started grad school, many of my favorite babydoll dresses were relegated to the second-string, since they seemed to get shorter every time I washed them. But the real nail in the babydoll coffin came when I wore this tunic on a redeye home in March 2009: 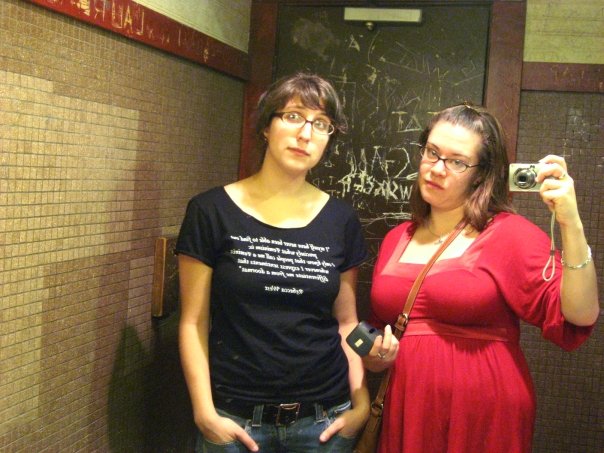 Look, it's my best friend from college! Based on the hair and the Facebook album I found this photo in, I'd say this was winter 2007, but this tunic hung around for a few more years. Looking at myself in this photo, I'm hard-pressed to say why I kept it at all.

I thought this shirt was pretty great. I wore it to death in multiple consecutive holiday seasons, and it was a go-to traveling shirt, since it worked with leggings and I am all about comfort on airplanes. However, in late March 2009, I learned how utterly, tragically wrong I was about this tunic, and by extension, babydolls in general.

Picture this: it's 1AM or so, and I'm in line for the bathroom on a plane somewhere over Middle America. There's a woman with a cute baby in front of me, and a few people in front of her. There's nothing to do but make funny faces at this inexplicably-goodnatured baby, so that's what I was doing. An older woman standing in line gets my attention.

Woman: "When are you due?"
Me: *does not compute* "I'm sorry, I didn't hear you…"
Woman: *points at my stomach and smiles* "When are you due?"
Me: *jaw hits ground, 37,000 below us, because I am definitely not pregnant. Takes a minute to think. Well, I don't want to make this woman feel bad, and I'm never gonna see her again…* "…uh, September?"
Woman: "Congratulations!"
Me: "Thanks" for nothing!

I haven't worn a babydoll since. Perhaps not coincidentally, I also haven't been asked again when my nonexistent baby is due, either. Problem solved!
Posted by Emily at 6:46 AM