A Letter to My Younger Self

First off, let me prove to you that this letter really comes from your older self: your favorite thing you've drawn since high school started is actually just a crummy sketch of Pete Scheck and a saxophone. (And let me sort of reassure you, after such public embarrassment, that until publishing this letter, you never told a soul about that.) 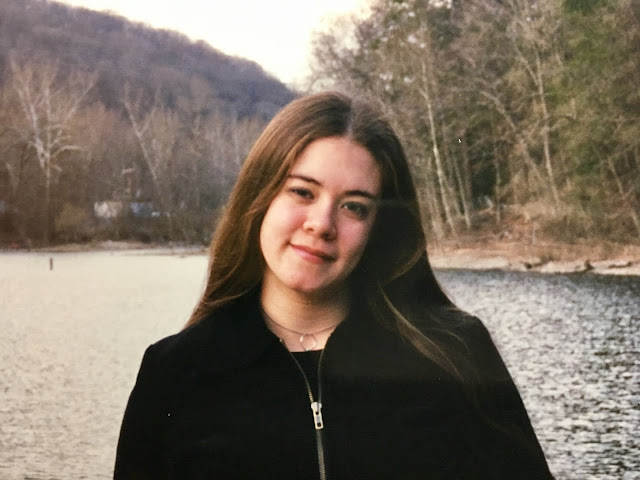 #tbt to being sixteen.

Now that I've proven myself, let's get to the important stuff. You are not going to believe what happens to you over the next sixteen years. It's been a pretty wild ride, actually. Would you believe that in 2017, you've only got three black dresses in your closet? I know it's probably hard for you to imagine, but that urge to wear things as dark as your soul ughhh diminished in your mid-twenties. 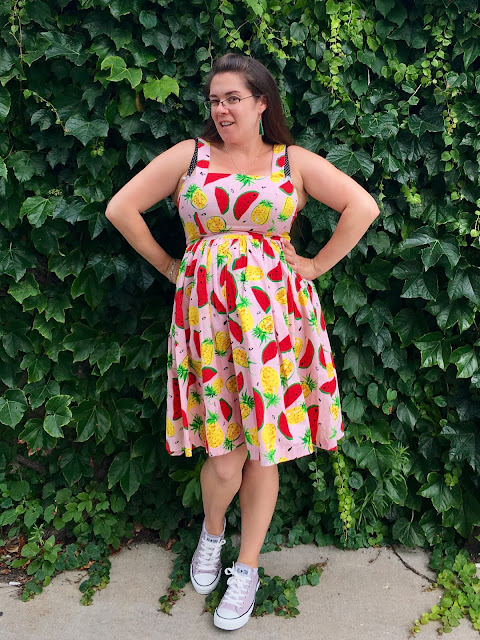 Believe it or not, this is what you like to wear in 2017! #allcolorsalways

Here's an even bigger shock: you spent most of your twenties in school. Voluntarily. And became a teacher, believe it or not. This won't be quite so shocking after your first year of college, when you discovered that education could be something more than one excellent (if nontraditional) teacher, a chorus of 'on the Regents exam, you'll need to know XYZ,' a few insecure teachers who couldn't articulate good reasons for learning their subjects, and a singleminded focus on grades.

But even 10+ years out of high school, you'll still remember Ms. Dudman as the Platonic Ideal of How Not to Teach, and regret never telling her off for treating your sister like crap, just because she had the misfortune to be related to you. You'll also pity her just a bit for obviously favoring the kind of students who wouldn't have given her the time of day when she was their age. And the older you get, the more this pendulum swings toward the pity end.

No matter how hard it is to believe right now, you'll be really glad you went to college.

That interest you have in politics? It's here to stay, and you'll wind up with a PhD in political science in a little over a decade. Your disdain for history? Well, that one disappears once you encounter people who are able to show you, quite vividly, how and why historical facts matter. Those people become your role models.

That girl you've known since kindergarten, with whom you've recently became friends after an AP Bio class trip and two years in Jazz Band? She's been your best friend ever since. You should probably be a little nicer and less sarcastic to her right now, though. And for heaven's sake, stop making fun of her for stuff she likes, like art history, pop music, pencil skirts, and blazers. You'll wind up liking all of those things by your early 20s. 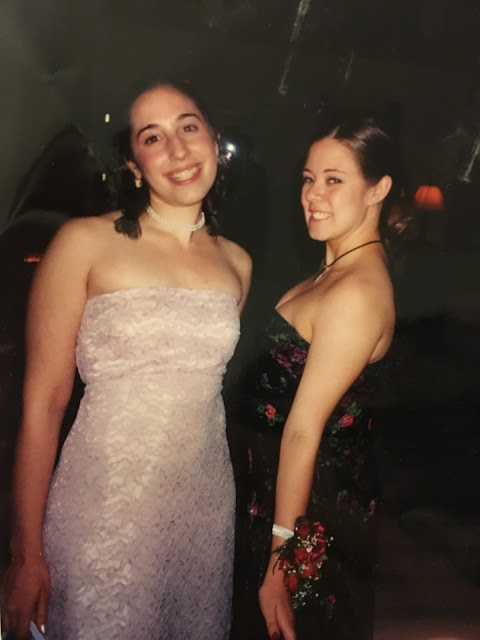 You didn't realize it when this was taken, but you were heading for Lifelong Best-Friendship!

On that subject, let me give you a major piece of advice: loosen up. You'll waste a lot of time engaging in tiny, pointless acts of rebellion. A decade later, those rebellious acts will feel petty and ridiculous, and slightly humorous. That's ok. But you'll also spend a lot of time being angry and focusing on imitating the Count of Monte Cristo in private vendettas against toxic friends, and frankly, that was a massive waste of time.

Remember how the adults in your life told you that vengeance is hollow, and that holding on to hate hurts you more than the person you hate? Well. Chalk up one more victory for them. The sooner you realize that living well really is the best revenge, the sooner you'll be able to let go of negative feelings that will only prevent you from achieving anything resembling contentment.

On a related note: you'll be much happier throughout the rest of high school if you figure out what a toxic friend is, and learn to avoid them. Sadly, you won't realize till the tail end of your twenties that the way people (including your 'friends') treat you tells you a lot more about what's going on in their psyche than it does about you.

It's sad but true: no matter how many times the adults in your life tell you that bullies only bully because they're unhappy with themselves, or that people only put you down because they're secretly quite insecure, you won't believe them until you actually see it for yourself. (Going to grad school certainly speeds this realization along! And don't worry, mid-twenties Emily: you'll find the right advisor in time to write a good dissertation!)

Part of what propels you toward this happy insight will be coming to know yourself better. You'll realize that a lot of the spleen you vented on others was a reflection of some unhappiness or insecurity of your own. And once you finally figure out what really matters to you and work up the nerve to change course in your life, you'll also be a lot happier and more content. Being happy and content, it turns out, is the best way to finally understand that being kind just comes more naturally to happy people than to miserable schmucks. (There's a reason that 'miserable schmucks' was the first phrase that came to mind just now. It's harder to avoid being a schmuck when you're miserable!)

And that leads me to my final bit of wisdom: don't let other people's unhappiness become yours. Sure, you can (and should!) strive to empathize with unhappy people, but don't let the things they do out of unhappiness bring you down. There's just too much to enjoy in this world to waste your time that way! 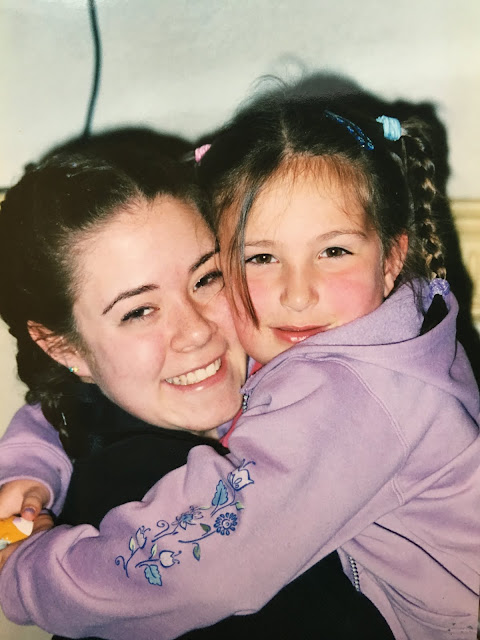 High-school-me and one of the most important people in my life. She's now 20 years old.

Focus on appreciating the journey you're on, recognizing how lucky you've been to chase your dreams for over a decade, and spending time with the incredibly precious people in your life. The rest will take care of itself.

Facebook
Google Plus
Bloglovin'
Posted by Emily at 5:39 AM